This week marked the first time when Cosmos (ATOM) gave a positive ROI of 16.29% for the first time since the coin that is native to the interoperability blockchain platform has been listed on cryptocurrency exchanges.

Therefore, even though this digital currency has been making impressive progress during the past twelve months, having gained 174% against USD and 140% in the BTC market, in reality, it has just put its head above the bearish water. But for those who got acquainted with Cosmos only recently, it offered more than enough chances to make decent profits as ATOM’s price was nothing but bullish in the last four weeks, making double-figure gains across the board.

The retracement is long overdue

Those who took heed of our previous ATOM price prediction should have used the opportunity to open a long position when the price bounced between the price levels at $3.4 and $4, as a part of the bullish flag pattern that formed near the $4 resistance, indicated on the weekly time frame. 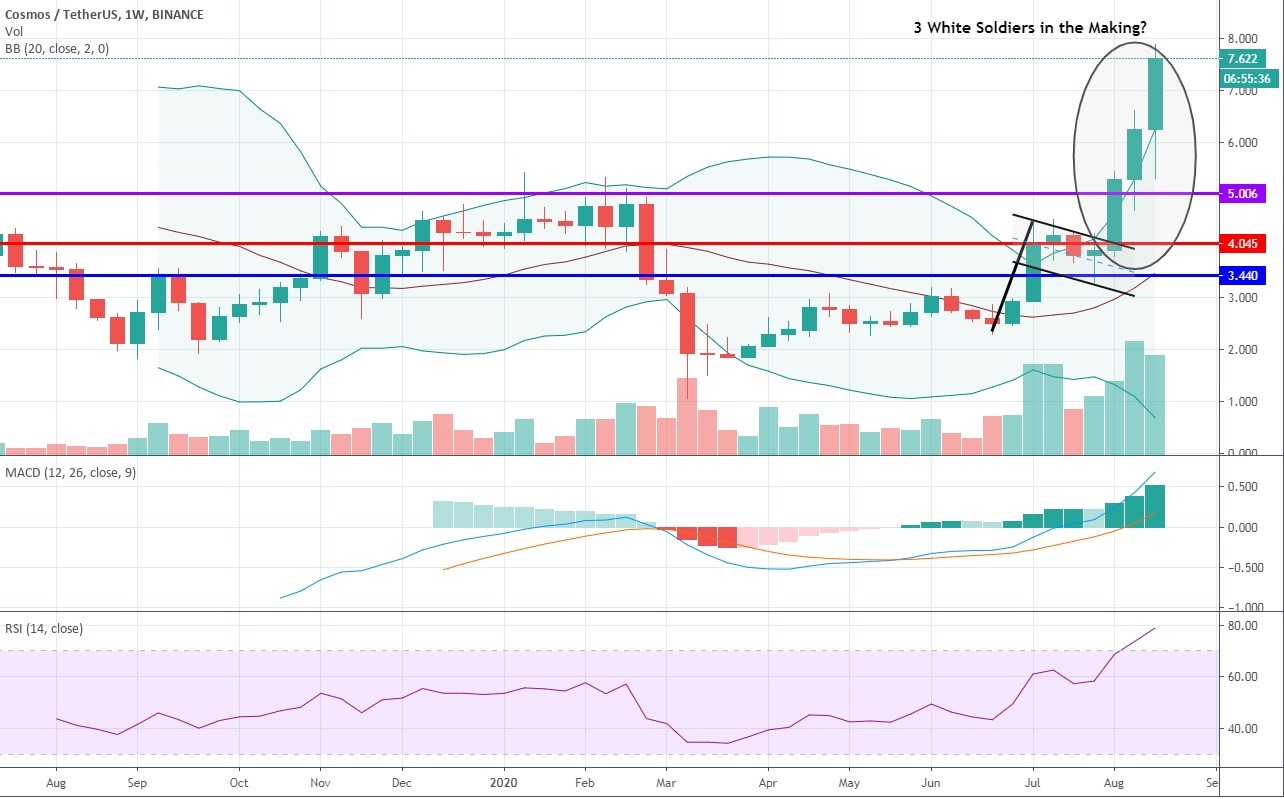 Once the flag, and the resistance along with it, got breached, it was nothing but the drive to the upside for ATOM that traveled to the present price level at $7.4 in a matter of three weeks. Such a display of initiative from the buyers drove the price to a new all-time high and has consequently overextended the market, and the Bollinger Bands, so that the pullback appears to be inevitable.

With that being said, ATOM appears to have enough firepower to reach $8 before the retracement kicks in. In that case, traders might see the emergence of the three white soldiers pattern that usually precedes an even stronger uptrend.

On the daily time frame, we see a classic example of a bullish curve that emerged on the backdrop of the constantly rising trading volume, which points at the probability of the price opening the new week near $8. 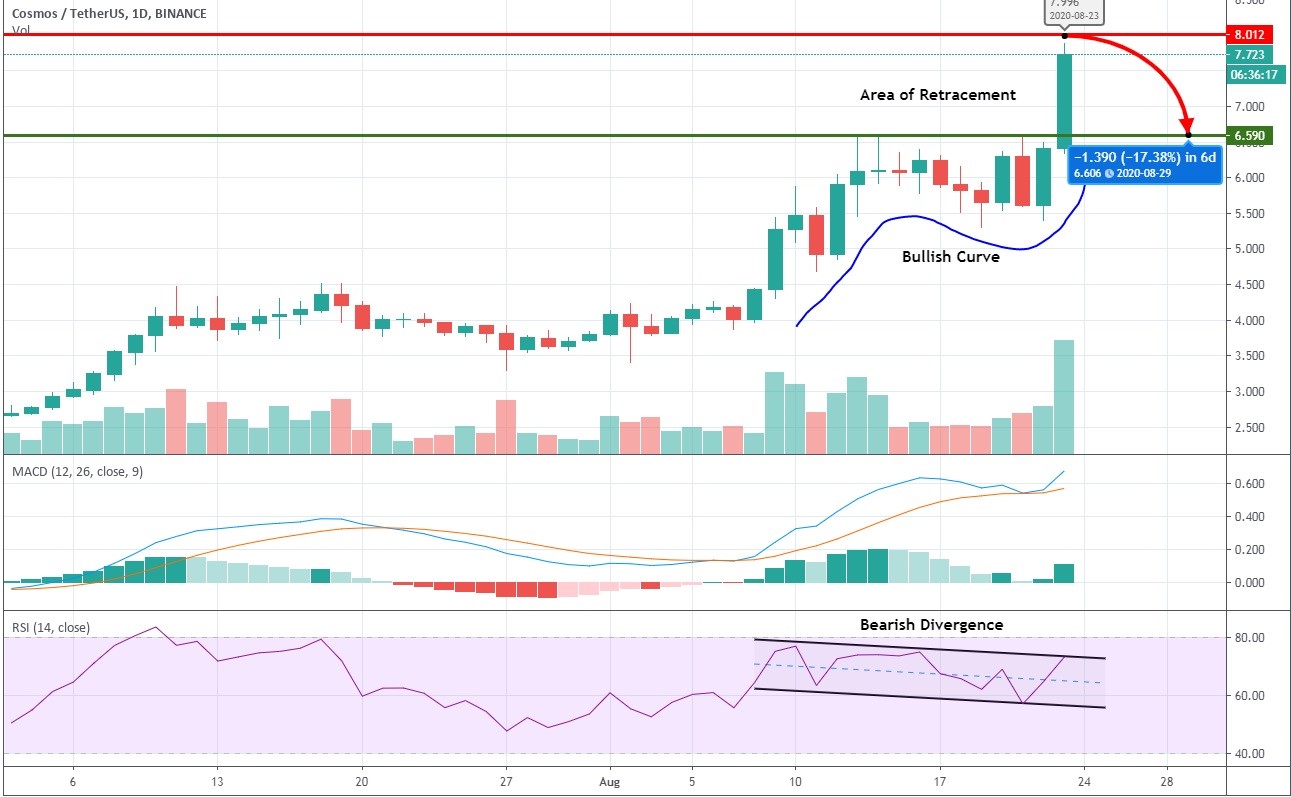 We determined the retracement area to be between $8 and $6.59, which would constitute the 17% pullback, an appropriate range for the uptrend of such magnitude. Once the retracement is complete, ATOM should get back to bullish ways.