After a 3-week long uninterrupted rally, which saw Cosmos (ATOM) gaining 133% and establishing the new all-time high at $8.86 on August 25, the price revisited the multi-month support level at $3.8 in a stunning episode of selling action that took place throughout September. 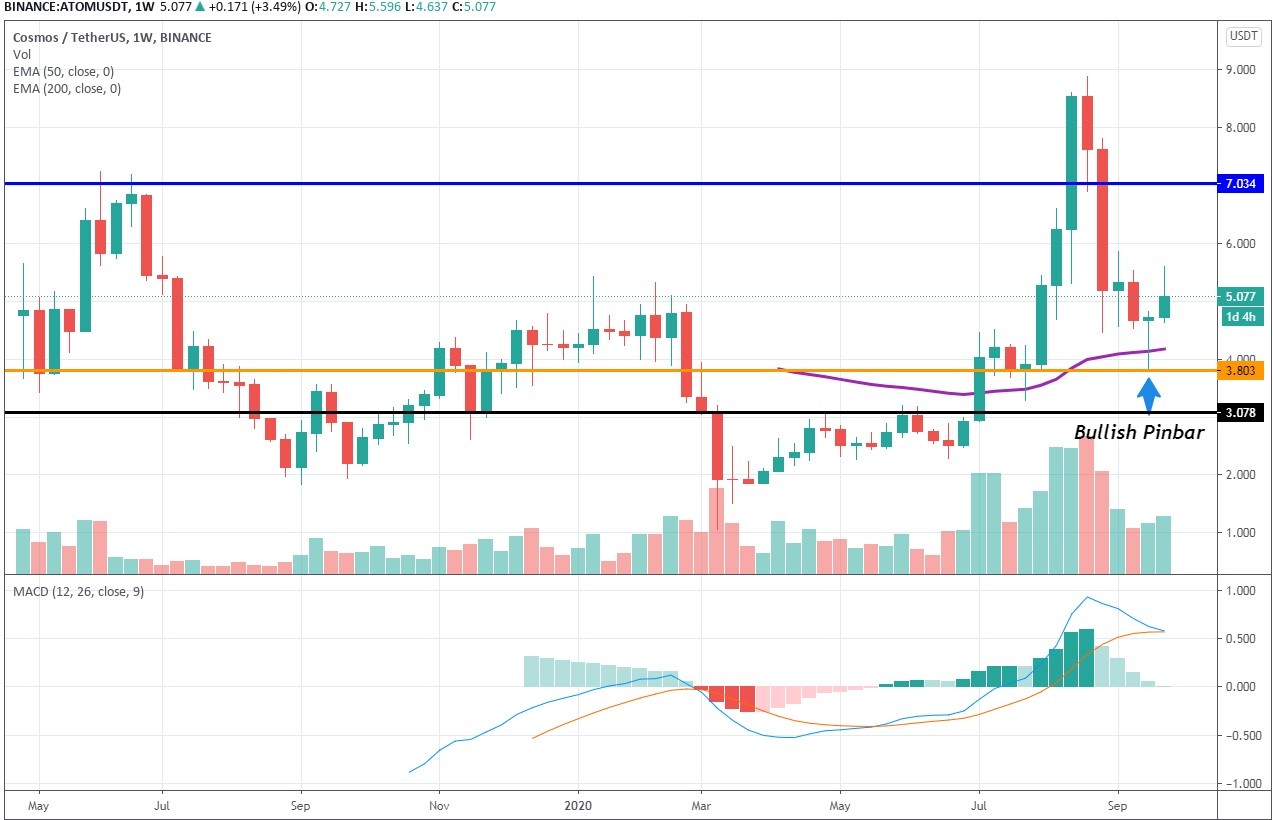 The bulls are slowly regaining the initiative

During that time, ATOM lost 57% of its value in three large drops, instigated by the worrying news about the escalating coronavirus pandemic and the correspondingly large price fall across traditional markets - S&P 500, for instance, lost 10.5% in 21 days after months of the straight bull rally.

The analysis of average trading volume from the past 90 days showed a visible drop in trading activity from the average of $360 million worth of Cosmos sold at the turn of August to the current $192 million, with the lowest volume of late being registered on September 27 ($121 million.) It comes to show that the buyers mightn’t have enough firepower to blast ATOM back above $7, which we have established to be the next resistance line on weekly and daily time frames.

The weekly time frame shows that the price is now in the situation of possible reversal to the upside after testing the support at $3.8 with the lower wick. That candle, by the way, is a classic bullish pinbar that closed within the body of the previous bearish candle. This week opened at $4.73 - the buyers then pushed the price to $5.16 but got rejected to $5.

However, we noticed a lot of buying volume coming in the past two weeks, confirmed by the showings of the Accumulation/Distribution indicator that now keeps rising after the September drop, which suggests the presence of adequate volume to support the move to the upside. The MACD line has come in contact with the signal line, but we expect a bounce to the upside instead of the bearish crossover.

Since Cosmos is looking mildly bullish on the macro level, we have established a price target for the bullish scenario at $7. But should MACD go for a fully-fledged bearish crossover, the drop to $3 is to be expected. 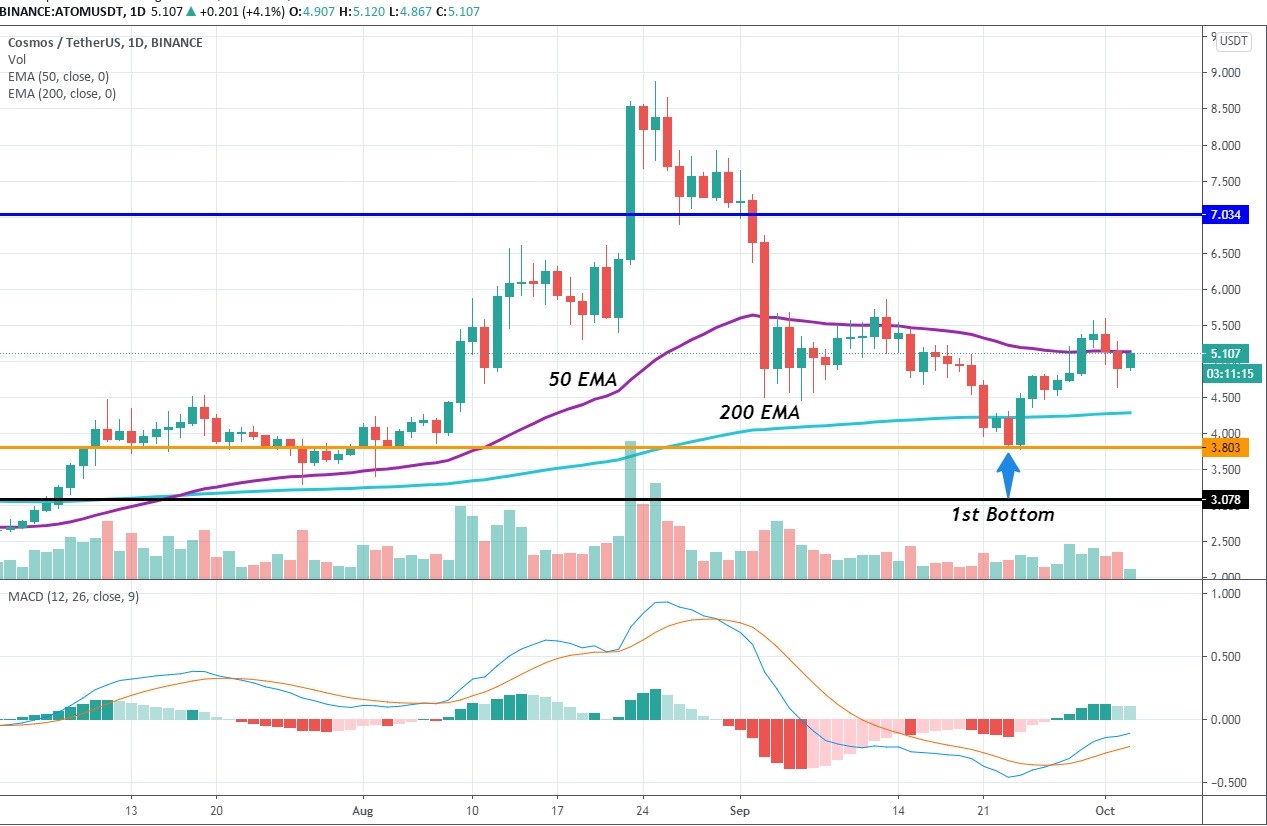 Here the price dropped below the 50 EMA, and briefly towards the 200 EMA, but managed to recover and employ the larger one as support and the smaller one as resistance that corresponds with the price levels at $3.8 and $5.5. In doing so, Cosmos established the first bottom, which was accompanied by the bullish engulfing pattern that usually precedes mild to strong rallies.

MACD confirms the bullish momentum, so the price is likely to establish a foothold above the 50 EMA. From that point on, ATOM could either begin ranging, since the buying volume is quite low, or have a strong spike to $7, given that MACD would go past the zero line unrejected.