The coronavirus crisis came at a very unfortunate time for Algorand (ALGO), a cryptocurrency that represents the blockchain platform for decentralized applications that was built by a well-known computer scientist Silvio Micali on the basis of the Pire Proof-of-Stake consensus algorithm. 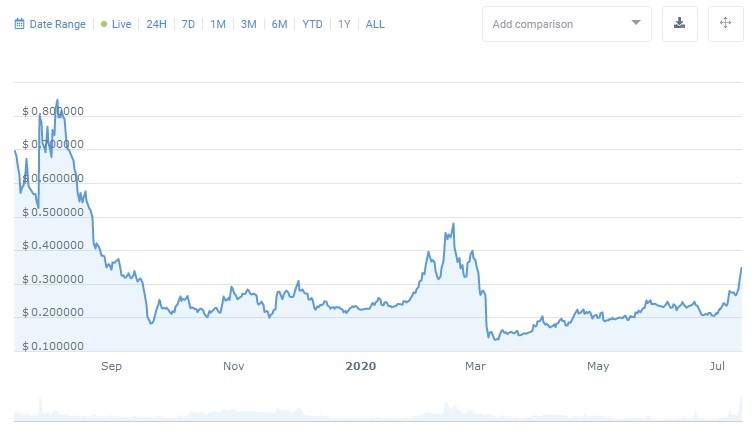 In early 2020, ALGO was a fully-fledged participant of the altseason as its price had finally torn itself away from the long-standing range between $0.2 - $0.3 and went on a bull rally that peaked at $0.48. Traders who analyze the macro price levels in their line of work must have registered the head and shoulders pattern that finalized itself right at the edge of the collapse zone, and closed their positions in a timely fashion or started shorting ALGO.

Algorand is at the crossroads after a rally

After the March price dump, Algorand began to recover the same way it did during the preceding price cycle, going to the upside slowly yet stubbornly in a tight rising channel. Notice how the price got glued to the support line at $0.2 again, although the resistance was located much lower this time around, at $0.25. 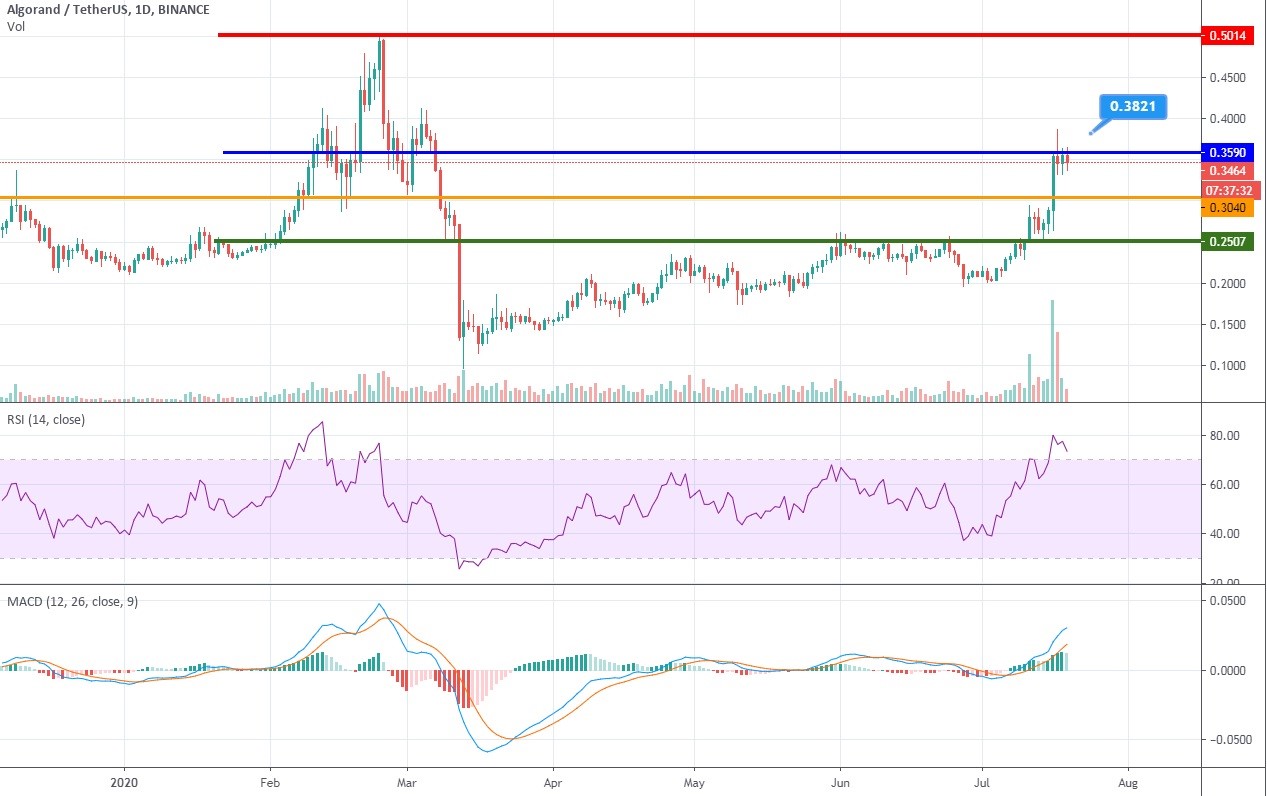 This particular price behavior could be illustrative of the way big market participants are acquiring the position before initiating a bullish spike. The level at $0.5 is crucial since it represents a borderline between the downtrend continuation and the commencement of the secondary uptrend. Therefore, if you still haven’t taken a position in this market, try to refrain from diving into it headfirst, unless you are in for a quick trade. It is important to see how the price responds during the encounter with $0.5 in order to understand who would be playing the first fiddle.

The more aggressive traders could consider $0.38 as an entry point for a long trade, on the condition that traders’ remorse confirms the bullish sentiment and the 14-period RSI stays in the overbought area. In that case, the spot for take-profit would be at $0.48 or slightly higher, depending on the market depth and order book composition at that time. The last three days of price action produced three spinning top candles that reflect the general indecision in the market. The trading volume has suffered a sharp decrease, which is a common prerequisite for the sideways action or the retracement that could pull the price down to ALGO’s another magnetic point at $0.3. In fact, the retracement would constitute a better scenario because it would indicate the healthiness of trend development. MACD, however, tells that the bullish momentum might stay intact that would confirm the preparation for an upswing from $0.38 to $0.48.

A mirror reflection of the USDT market

The price action in the Bitcoin market virtually mimics the one seen in the USDT pair - the same strong upswing with the subsequent loitering near the resistance at 4000 satoshis. 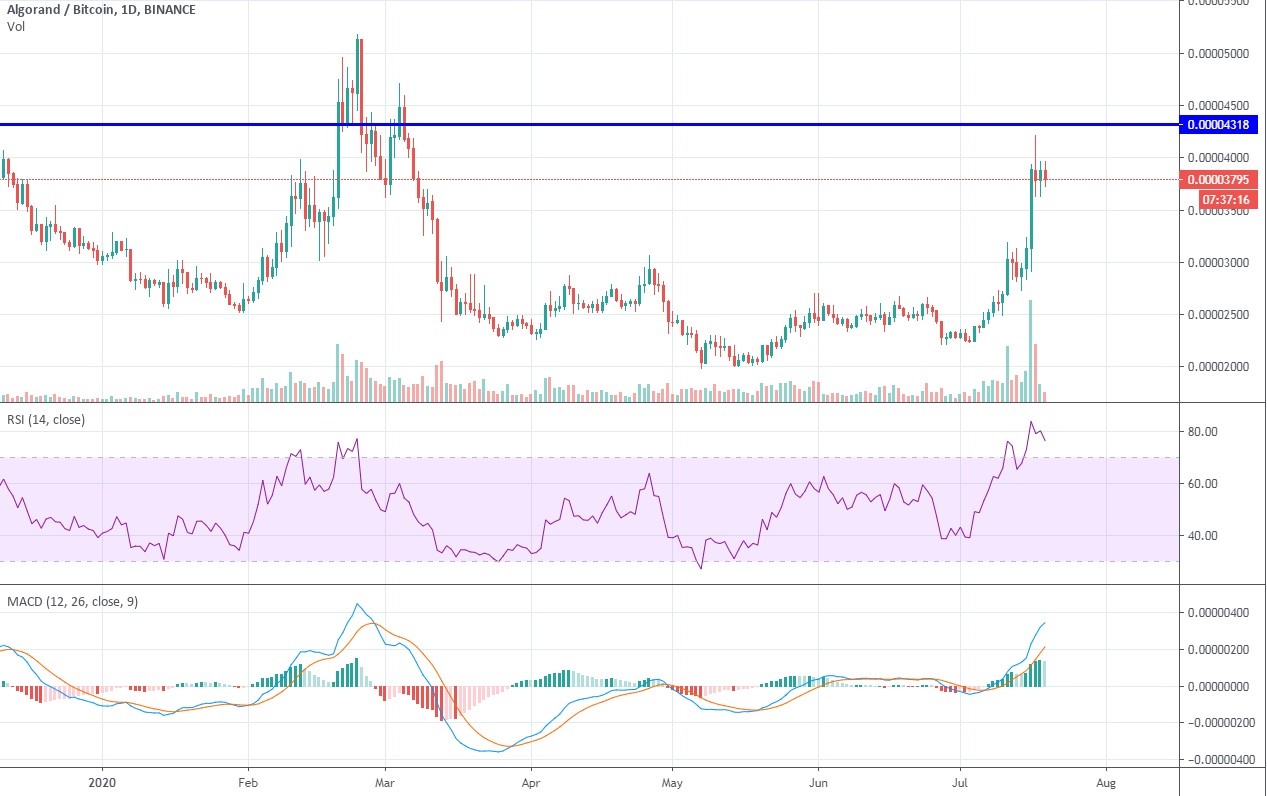 Obviously, a lot will depend on the behavior of BTC that continues to saunter down the hill. Should Bitcoin remain passive during the next two weeks, Algorand will keep on plotting to the upside, although it could meet significant resistance at 4300 sats.