Algorand is one of the freshest cryptocurrencies on the market. It was listed on a trading platform for the first time on June 20, and with time, established its presence on numerous reputable exchanges, such as Binance, Hotbit, OKEx, and Huobi Global. It is even traded against fiat currency (Chinese yuan) on CoinW.

This signifies the fact that although Algorand emerged slightly less than six months ago, it has already earned a reputation of a trade worthy digital asset with an impressive average daily trading volume of $109 million.

Therefore, the first conclusion we arrive at is that ALGO is appreciated by traders, so regardless of the current situation, the expectations of the intense price action are always high.

Despite the relatively positive introduction of this cryptocurrency, Algorand has been nothing but disappointing for the investors who bought it at token sale and then failed or deliberately withheld from selling this digital asset during its initial price spike that usually occurs when a new coin enters the market. As you can see on the chart below, ALGO had taken off from $2.11 - by the way, this crypto was first listed on Binance - and made a solid uphill hike right to its current all-time high of $4.11. 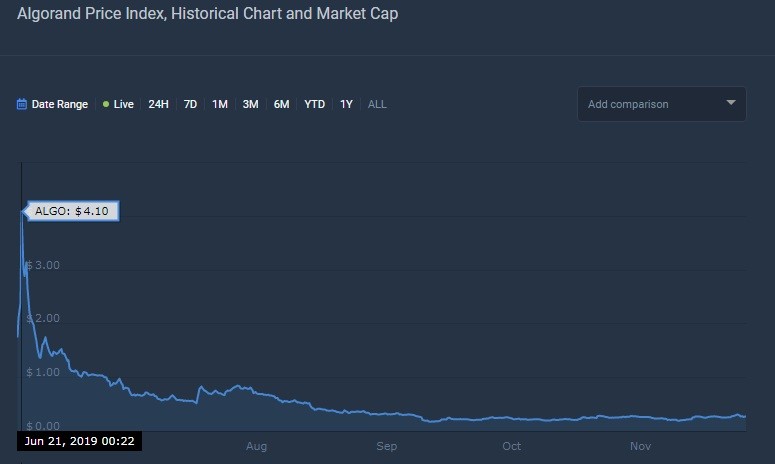 However, this value boost was short-lived as ALGO had almost immediately begun a steel correction, which has pushed it all the way from the yearly highs to the lows of $0.167 which occurred on September 26, thus forming a so-far disappointing all-time return on investment that currently amounts to -91.28%. The coin has also caught only a glimpse of this year’s bull rally and crashed way before the run has lost its momentum. 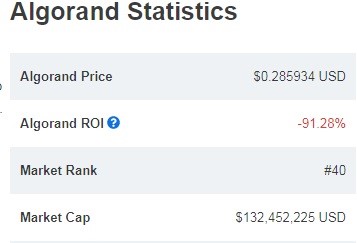 After getting out of the descending channel by bouncing from the support of $0.16, ALGO has been trying to climb back up, but to not much avail since it has been brought down to the $0.2 support numerous times during the fall while being able to burst through the resistance at $0.30 briefly. 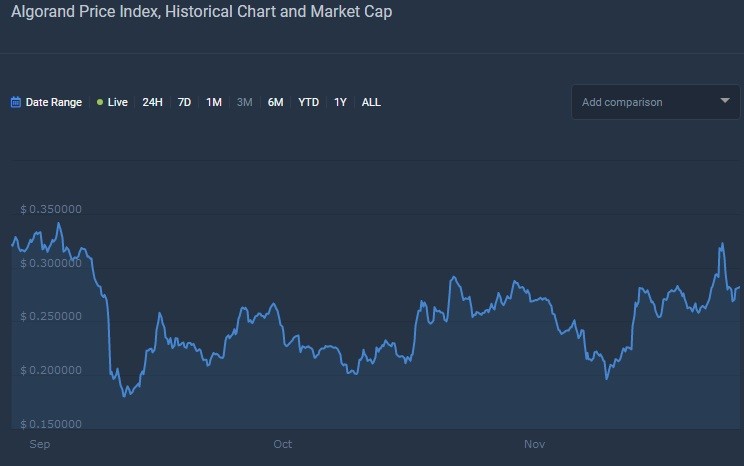 The price action during that period of time has been quite choppy and inconsistent, which resulted in rather mild volatility of 36%, recorded over the last 30 days.

What can we expect from Algorand in the near future

On the 12-hour chart, ALGO shows the signs of bouncing from its current support and forming an ascending triangle. Although it is too early to tell whether these maneuvers point at the end of consolidation and the subsequent trend reversal, or just another short-term spark that is going to be extinguished by the bears. 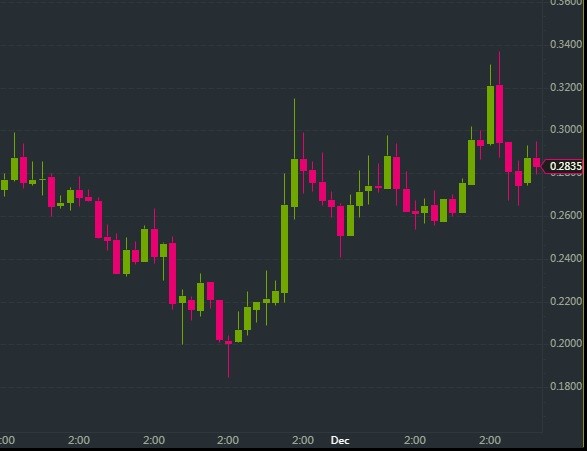 The market depth on the daily chart shows a very strong presence of the bears that are likely to push the price down towards $0.20 or even lower, given the enormity of the sell wall. 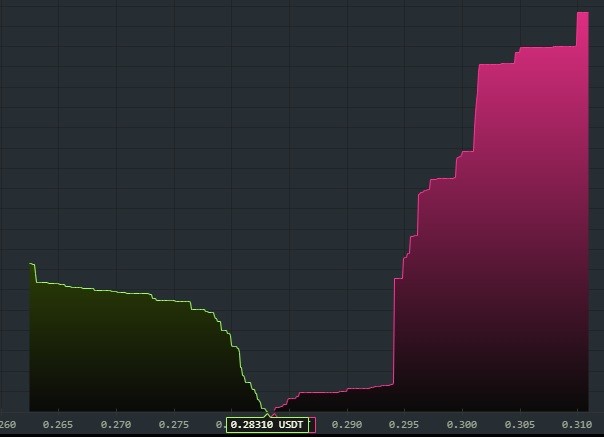 However, the technical indicators are more favorable towards ALGO as they are pointing at a buy now, though the majority of them remain neutral. 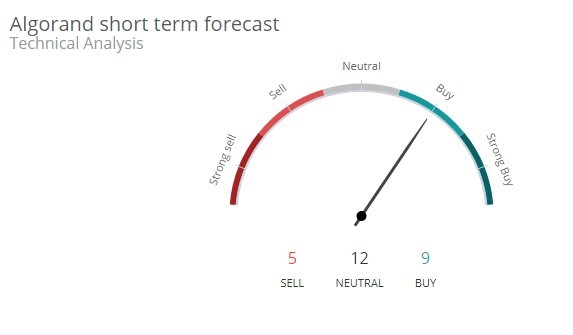 The 9-day Hull Moving average suggests that traders should think about selling their Algorand holding, while 10-to-50-day SMA and EMA are giving buy signals.