After more than a successful month, during which the price had risen from $0.3 to $0.72, which constitutes the 150% growth in a matter of just 11 days, Algorand (ALGO) has already begun to retrace, cutting the gains from the past month to 75% against USD and 42.5% against Bitcoin. 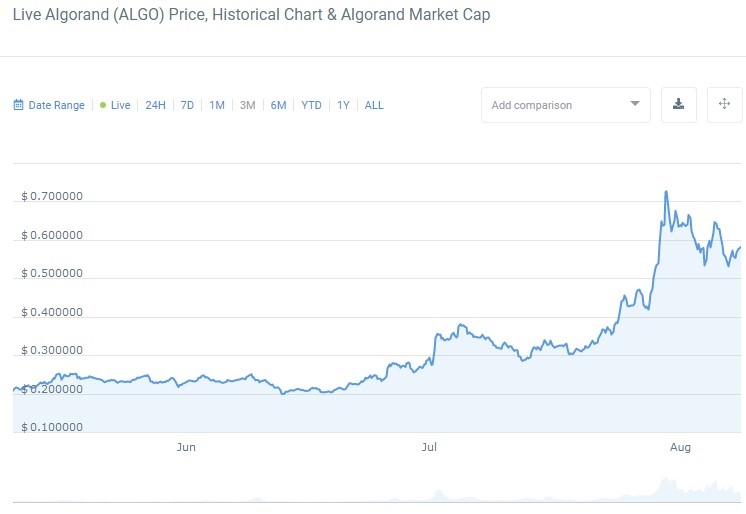 The reason behind such an impressive rally lies in the recently released upgrade of the Algorand network that is said to help the project to make the transition to decentralized finance through the incorporation of smart contacts at the base layer, along with such features as fast catchup and re-keying. The news regarding the upgrade was announced on August 19, but the price had risen significantly prior to that, incentivized by the expectations around ALGO becoming a part of the powerful DeFi movement.

The rule of thumb in trading says to buy the rumor and sell the news, which is true in the case of ALGO as its price has been making lower highs ever since the rejection at $0.75, accompanied by decreasing trading volume, and the buying volume in particular, which is nearly always the sign that the bullish momentum has been extinguished for the time being. 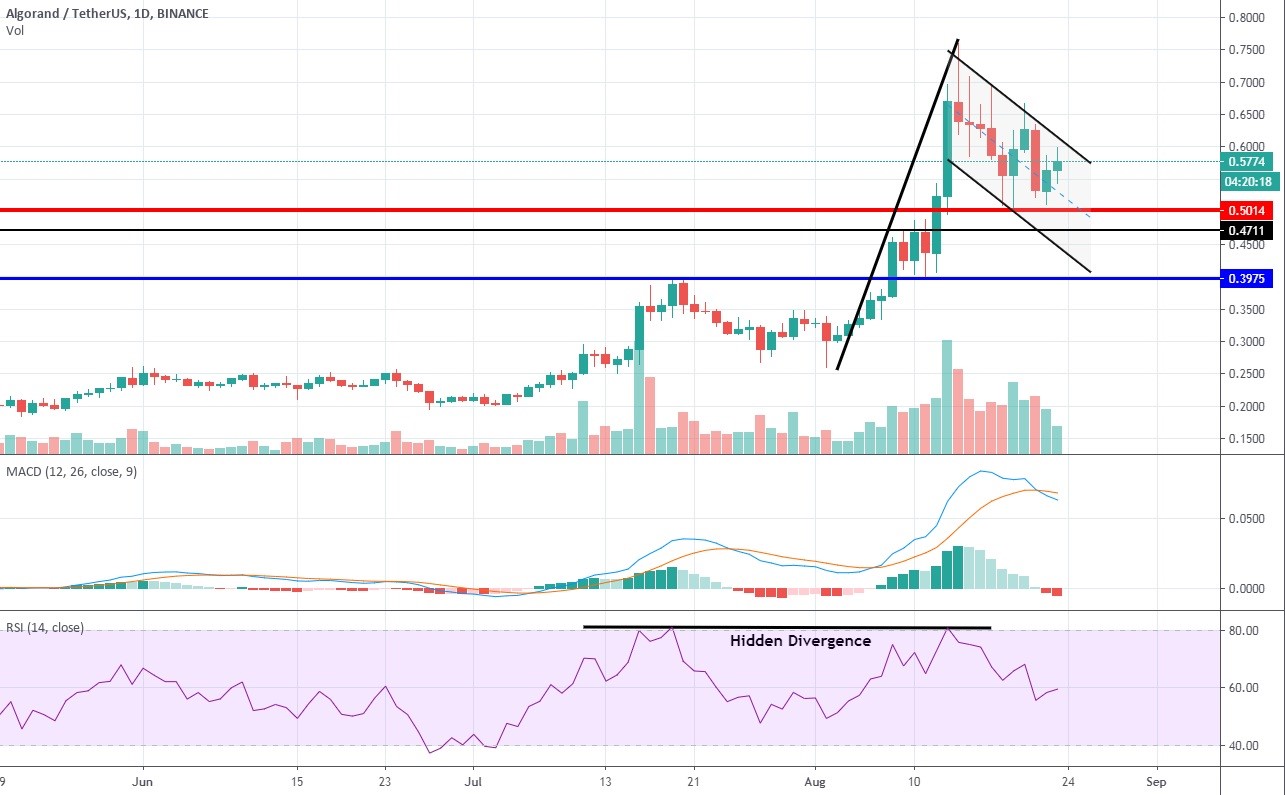 At the same time, the key technical indicators are also flashing bearish signals that suggest the possibility that the ongoing retracement could end up going below the current support level at $0.5, which the price has been testing quite well during the last six days.

Presently, it is important to see how the price behaves near these key support levels and have a stop-loss in place in case Algorand decides to take a nosedive.

To summarize, Algorand has already proven itself as a fairly strong gainer that could be further incentivized by the entrance into the DeFi space. The trading tactic here is quite simple: watch out either for the breakout of the bullish flag or the descent to $0.5 or $0.47, at which point, ALGO will provide clearer signs of its intentions.