ZRX is the type of cryptocurrency that can be rightfully called the "swing trader's dream." Just by looking at its all-time chart, we can clearly see that unlike the majority of other altcoins, 0x had as many as four massive price upticks in 2018, while most other coins had one or two at best. 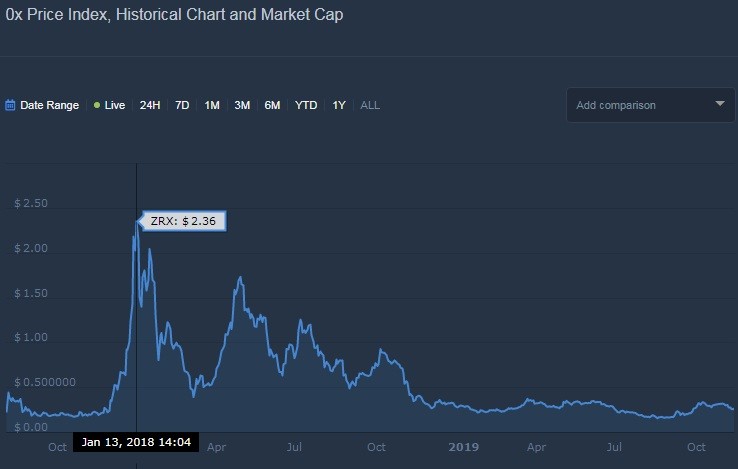 Like all cryptocurrencies that had been launched and listed on the exchanges before 2018, ZRX had its crowning moment in January of 2018, when its price had attained the all-time maximum of $2.36. No need to go at length about the correction that followed this extreme hike to the top, but it is interesting to note that in the case of 0x, the price drop had occurred in several stages, accompanied by substantial price booms. Therefore, this coin could be dubbed the "merciful one" since it gave the reluctant traders, who missed the opportunity to close their positions at the very top, to break even or pull out with a moderate profit, instead of being burnt quickly and ruthlessly, as it happened to the holders of most coins that are placed below CoinMarketCap's Top 10.

Judging from this historic data, we can arrive at the conclusion that ZRX could be a relatively safe bet for those are either not monitoring the crypto market scrupulously, thus are at risk of missing out on the peak of the next bull market, or don't possess enough trading prowess (or are simply too greedy) to seize the exact moment to sell at the top. Of course, there is no guarantee that 0x will behave in the same manner as it did in 2018, though it is evident that this cryptocurrency holds substantial potential for strong price action, which could translate to profitable trading.

Unfortunately, the year 2019 hasn't been overly successful for ZRX. The cryptocurrency has been customarily moving in big waves, which had crashed at the resistance level of $0.35, having broken it briefly twice, in April and May. 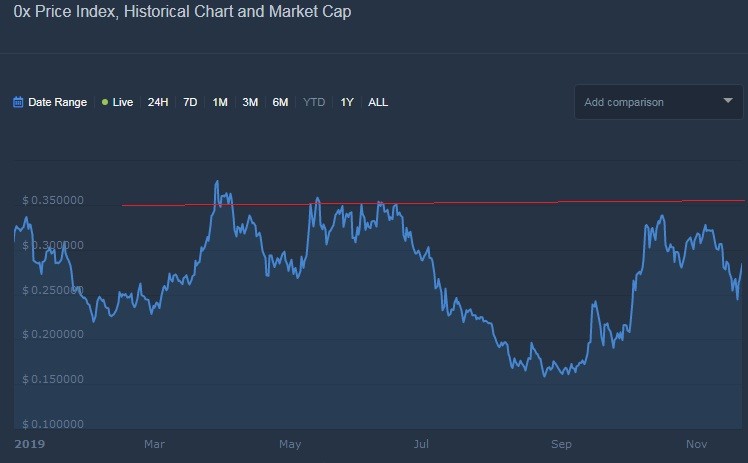 But this year is a bit ambiguous for those who held 0x since 2018 or earlier because the coin is currently demonstrating negative gains on the year-to-day time frame.

However, this certainly shouldn't be the cause of distress for ZRX holders because, as we have already seen, the coin is a swing champion so that it may end up in the double-digits green by the end of the year. The long-term holders of 0x shouldn't worry either since the currency showcases a decent all-time ROI, along with a healthy market capitalization and daily trading volume.

What can we expect in the future?

If you were nimble and foresighted enough to stock up on ZRX during one of its multiple dips, then you have the relatively high chances of making a profit even over the remaining five weeks till the year's end. 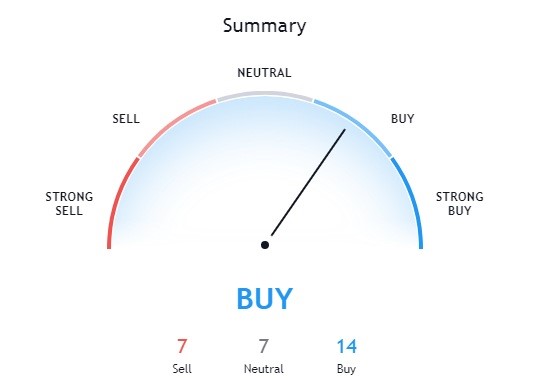 This notion is supported by the majority of technical indicators, which give traders a hint that they should go long on ZRX. Right now, the strongest buy signals come from MACD and Stochastic RSI, supported by the 30-day exponential moving average.