0x (ZRX) is one of the representatives of decentralized finance (DeFi) that is taking the cryptocurrency space by storm. Currently, the majority of altcoins related to DeFi, including 0x, are going through the resurgence - some experts are quick to label it the next altseason - which is reflected in the gains/losses profile below.

A 20.58% gain over the months in the USD market isn't overly impressive, of course, but the fact that ZRX managed to maintain the positive dynamics despite the coronavirus crisis speaks highly of coin's resilience to bearish pressure, especially on the macro level. Therefore, ZRX would be a good addition to any cryptocurrency portfolio, particularly those focused around DeFi currencies, because it could supplement the cumulative gains.

The scenario of ZRX price action that we drafted in the previous 0x price prediction article has played out correctly as the price retraced to the support area between $0.3 - $0.33, after drawing a bullish flag on the weekly time frame, and then shot to the upside. 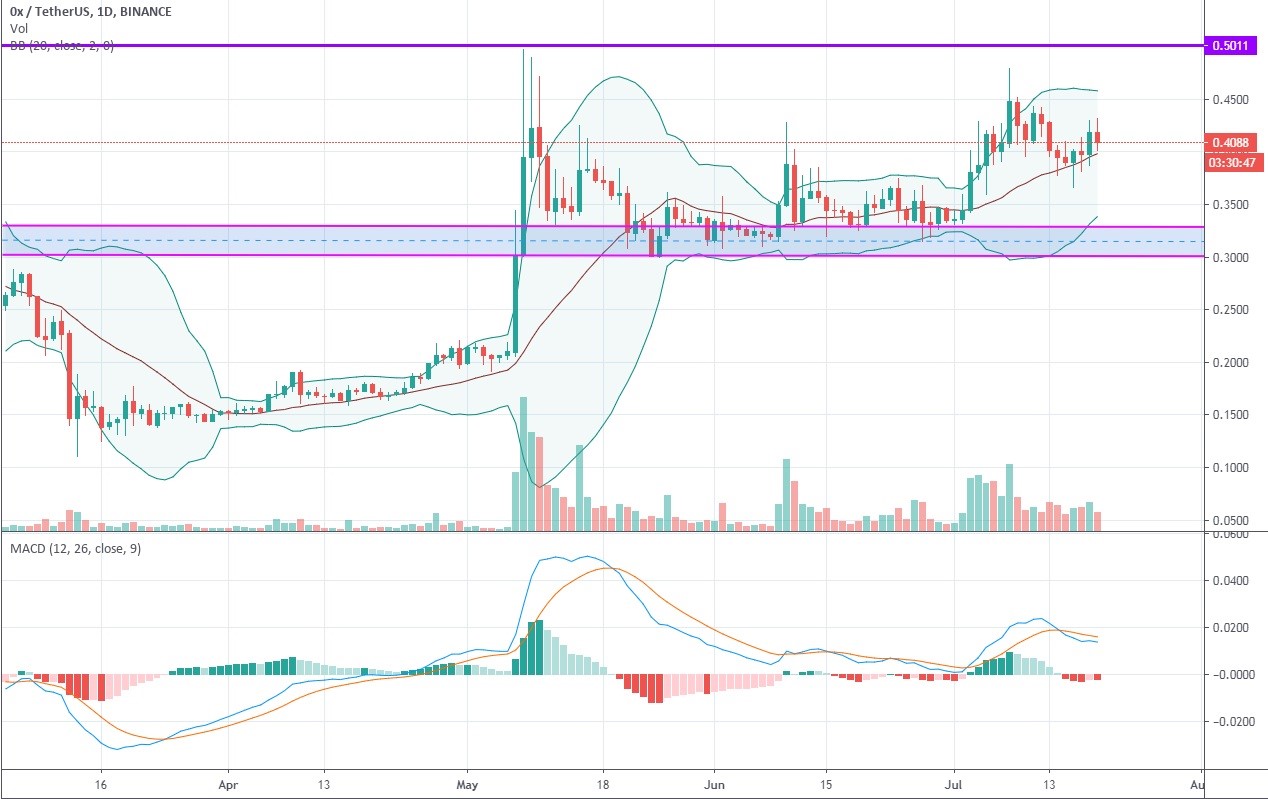 Having bounced off $0.3, ZRX went on to establish a new higher high at $0.428 that should serve as a good foundation for the future bullish action. The RSI indicator here refuses to go to the overbought zone despite strong bullish impulses, which might mean that the buyers are eager to push the price even further, towards the immensely important resistance at $0.5 that served as support for 0x throughout 2018.

MACD has been extremely bullish ever since the crossover near -0.02 that marked the beginning of a massive 155% rally. The MACD crossovers have been working well in this market in general, so traders should watch out for the bearish one near 0.04 that will designate the peak of the ongoing upswing. Also, we register the prevalence of bullish trading volume since the middle of March that could be indicative of buyers' intention to surpass this year's high that would require a quick 16% trip up north.

However, the Bollinger Bands on the daily time frame seem to be pushing the price into a consolidation channel, although it is uncharacteristic of ZRX to exist in the horizontal range for long, so we expect the resumption of volatility in the coming week, confirmed by the Average True Range indicator that has also been plodding to the upside since the beginning of July.

Despite the recent waning of bullish impulse, 0x maintained its stance above both 50-period EMA and 200 EMA that instills confidence in the approaching move towards (and above) $0.5.

More gains to make against BTC

Similarly to many prominent altcoins that rock the market right now, ZRX has had a fruitful period in the pair with Bitcoin as its value increased by 98% in just 63 days. 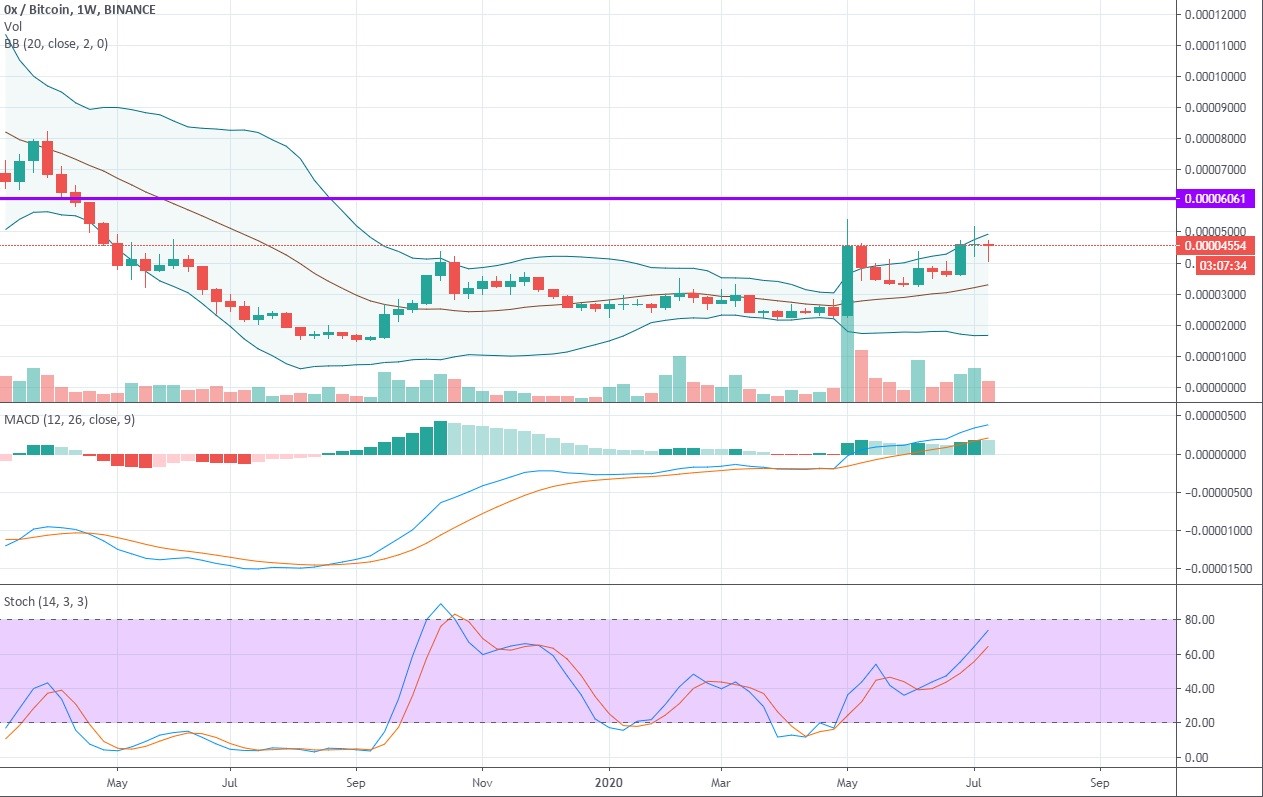 But contrary to the USDT market, we see that the Bollinger Bands here are still expanding while the price stays above the middle line, which is the most bullish outlook ZRX had in months. Stochastic is also striving upward, along with the growing trading volume, all of which hints at the preparation for a move to 6061 satoshis.