Over time, ZRX has proven to be quite a robust mid-table altcoin that actively shows signs of life, despite being in a long-term consolidation that resulted from the bear market of 2018/2019. The coin that serves the open-source protocol for smart contracts had dealt quite well with the March crisis - so much so, that traders are now witnessing the emergence of a legitimate minor uptrend, although it is still at a nascent stage of development.

The chart below shows 0x attempting to shake off the shackles of a tedious consolidation that kept the price in the bearish waters. Ever since November 2018, ZRX had been bouncing up and down between $0.14 and $0.33, trying unsuccessfully to find the exit from the narrow range. 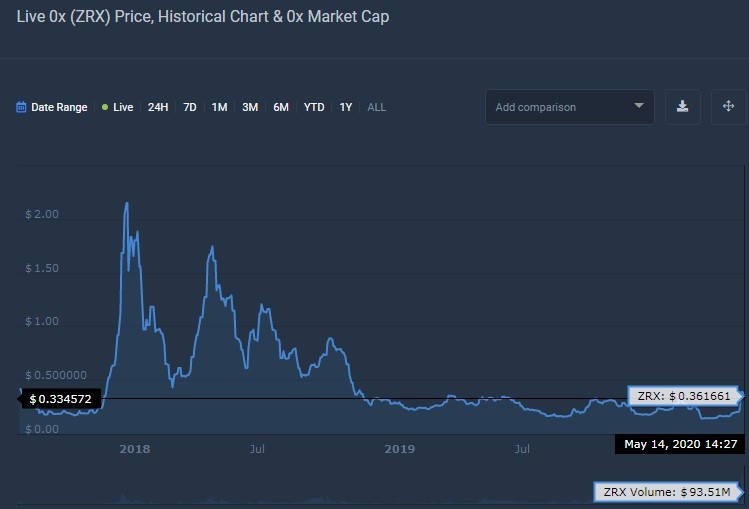 The two months old flash crash must have served as the necessary catalyst for the buying activity because 0x has just made an incredible run to the upside, having gained 105% against USD and 54% against Bitcoin in the past 30 days. In doing so, the coin has also established a new higher high, with the first one being registered at $0.34.

Right now, the price is in a very sensitive position because it has only a small space between the said resistance (now support) and an even earlier resistance at $0.37 to make a move. 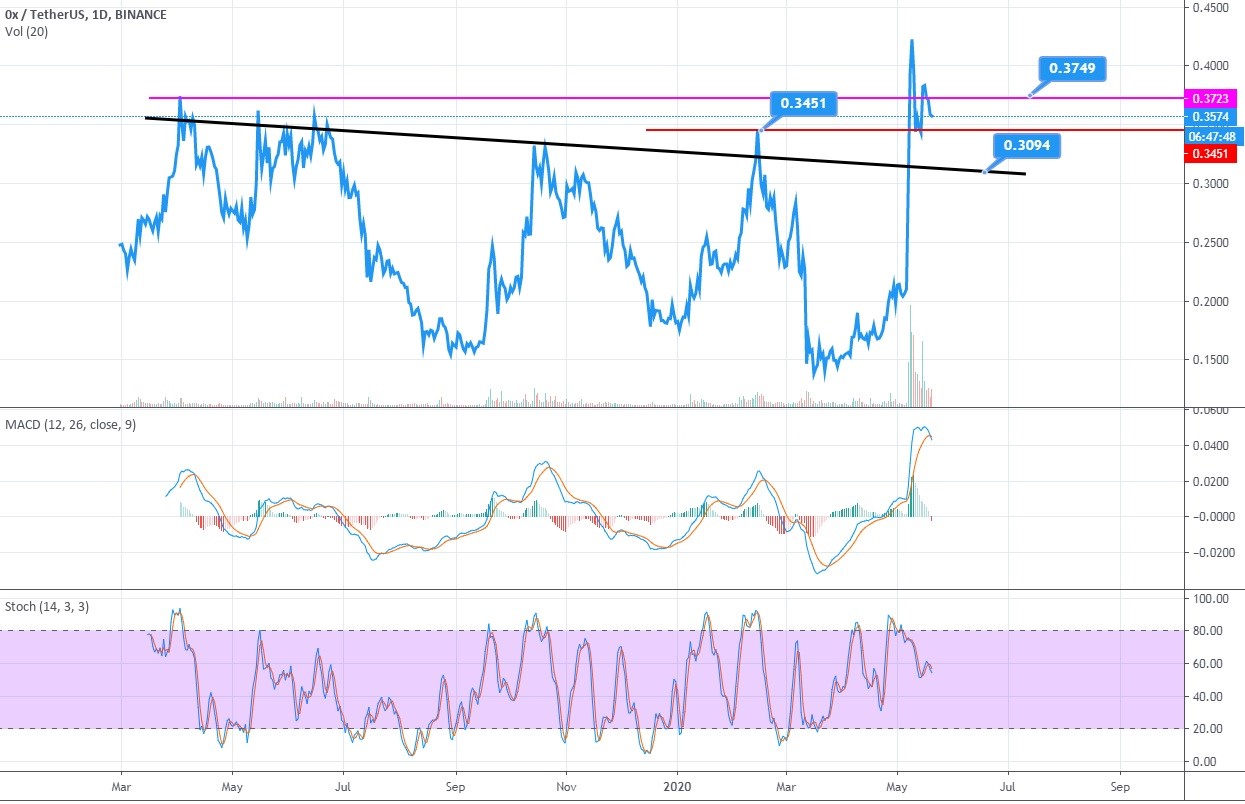 However, there is also a possibility that ZRX is going to establish a new low at $0.3, at the descending channel line. The retracement to $0.3 would be the healthiest option because the retest of that area would signify that the market participants have come to the consensus regarding the new price.

After switching to the weekly candlestick chart, we see that there is a wide area towards which the price can make a pullback in the next few days, which has already begun. Historical data shows that 0x has the proclivity to have deep troughs at the end of each cycle, nearly 30% on average, but that was within the context of the bear market. 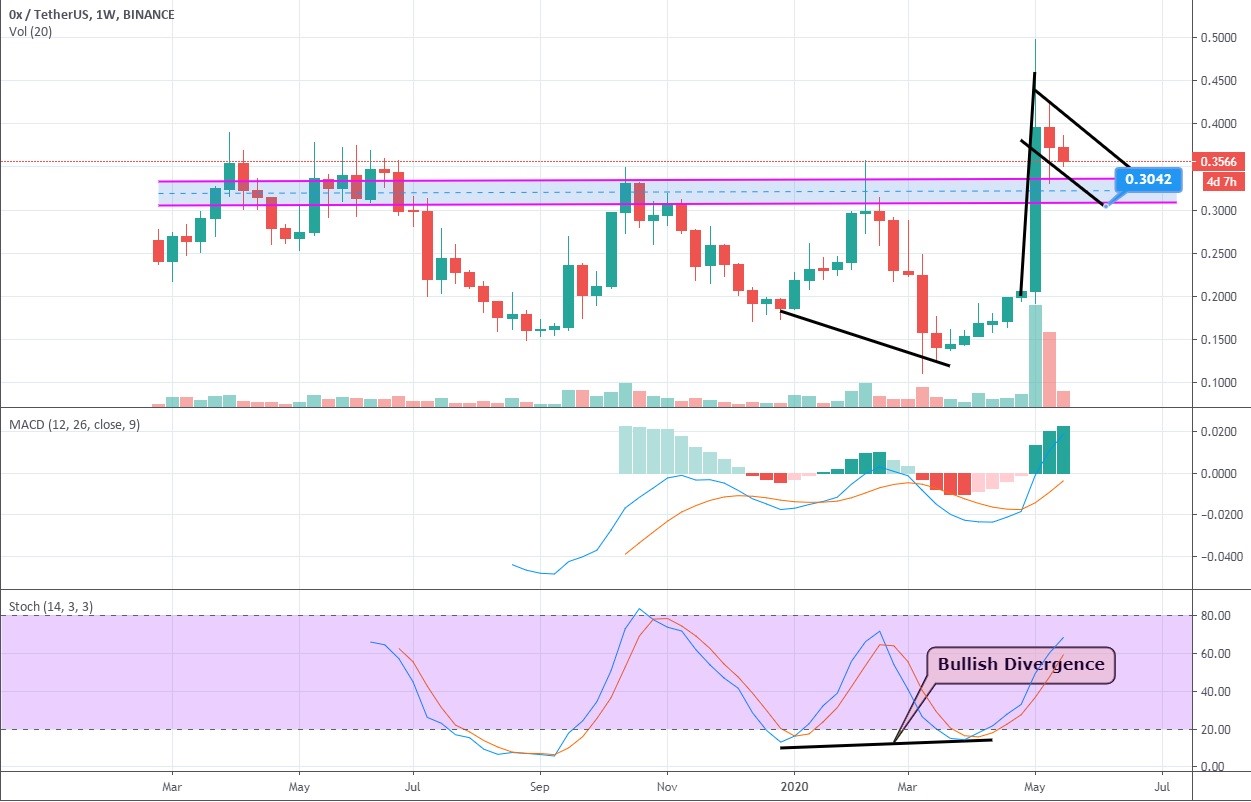 With the prolonged bullish rally on the horizon, ZRX can’t afford to lose so much value, so we have estimated the largest probable pullback in the current play to be 22%, which would lead it to the bottom of the gray box and the price level at $0.3. Dipping below that level would mean the possibility of cancelation of uptrend and reversion back to consolidation. Therefore, if you have already gone long on ZRX, make sure to place stop-loss somewhere below the lower line of the gray box.

Despite the fact that the bears are still trying to force ZRX to the downside, the selling volume can’t match the buying one of the previous weeks, so the underlying sentiment in the market should be bullish. Therefore, traders should expect another strong upward impulse as soon as the bullish flag resolves itself. MACD is immensely bullish on the weekly chart, as it is close to fully rising above zero, with the MACD line approaching 0.02 swiftly. Also, one can’t help but notice a bullish divergence on Stochastic, which also signals that the bullish rally will persist. After the pullback, the next price target would be $0.92.