Those traders who tend to estimate the genuine value and the prospectiveness of a coin not only by its historical price action and news but also by virtue of fundamentals should definitely pay close attention to 0x (ZRX). The project behind this cryptocurrency is engaged in the development of some interesting solutions for decentralized cryptocurrency exchanges, which many consider being the future of cryptocurrency trading.

In a nutshell, 0x is an open-source protocol created on the foundation of Ethereum blockchain that facilitates an instant and cost-efficient exchange and purchase of cryptographic assets. The project’s chief product is API that offers plenty of perks and can be easily integrated into virtually any decentralized cryptocurrency exchange. The primary purpose of the API is to attract liquidity to the platforms and reduce the chances of slippage, which would be achieved by combining the order books from different cryptocurrency exchange platforms. The API was launched on January 29, and this event has found its reflection on the price charts. 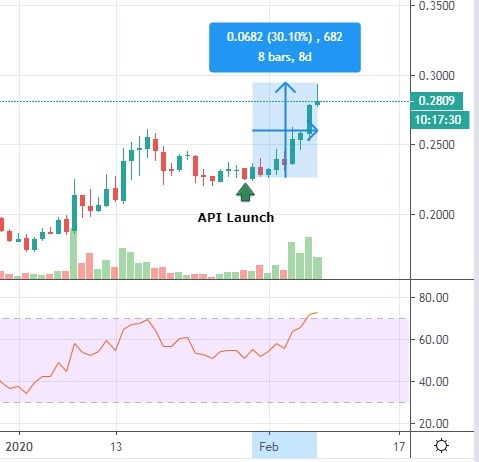 The daily chart shows that in the period of 7 days following the API launch, the coin has gained a bit over 30%, which could be even more in the case if 0x manages to move past the $3 resistance. This rapid price surge shows the price action of ZRX to be quite sensitive to the fundamental improvements, so traders who are interested in this market should pay close attention to the project’s newsletters and updates.

The charts tell the story

0x is not the coin that basks in the media lights, so the flow of information regarding it is quite limited. Therefore, it would be better to start analyzing this currency from large time frames in order to comprehend the long-term price behavior of ZRX, before narrowing it down to smaller time frames. 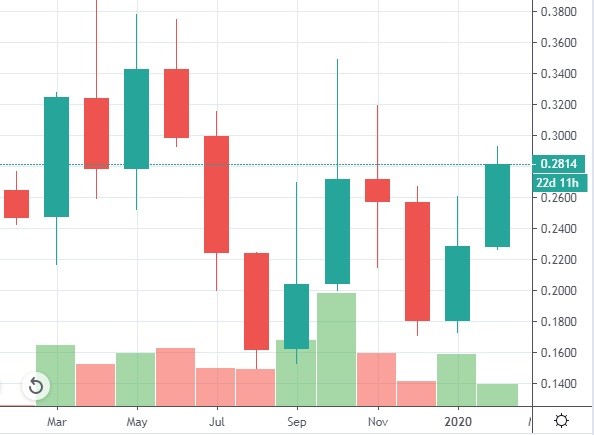 The monthly chart shows that 0x could be characterized as a firm price mover, although a decisive move to the upside, the duration of which never exceeds two green monthly candles, is always followed by the pullback of almost equal magnitude. Judging from the fact that we are already witnessing two such candles being formed, is it possible to assume that the next 30 days would bring a retracement, possibly to the level of $0.20 - $0.22.

The weekly chart also points to the fact that ZRX is longing for a retracement - the continuation of an upside hike would be deemed as unhealthy, thus opening up the possibility of a significant crash on this market somewhere down the road. 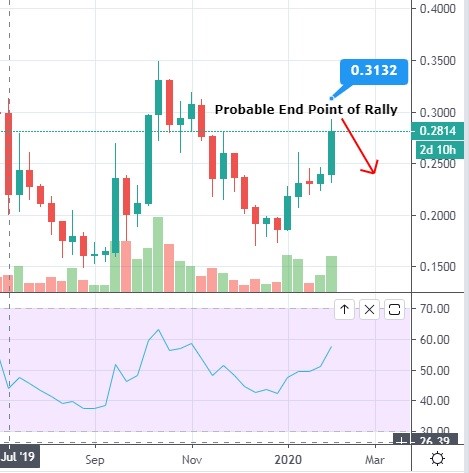 As indicated, the next price target for this pair should be set at around $0.3132, a point where the current move should run out of stream, and the market must retrace. The 14-period RSI, though, remains below 60, which is considered a neutral stance, so there is still plenty of room left for the upside sprint. 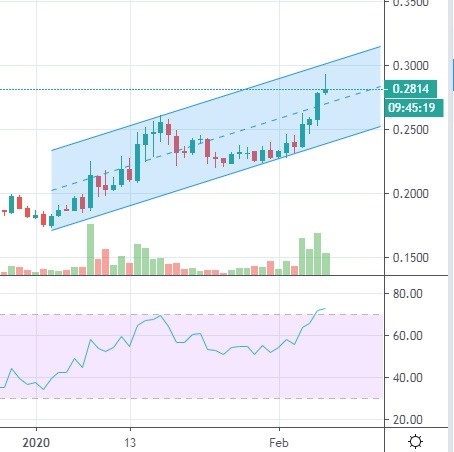 On the daily chart, ZRX has been moving steadily within the confines of the upward channel, making higher lows and respecting the support line, which instills hope in the continuation of the uptrend. Here the price should reach the transient resistance at $0.032 - $0.035 soon because the coin is already overbought. All in all, traders should see 0x retracing in the next week or so, which presents an opportunity to engage in swing trading.