Since the burst of the crypto bubble of 2017/2018 and up until the emergence of decentralized finance (DeFi), 0x (ZRX) hasn’t been much of a gainer. It has been kept under $0.30 by the sellers for months, until May 13, when the price had broken the downtrend resistance at $0.034 and initiated a bull rally. It took ZRX only 160 days to make 830% to the upside, which gave traders enough reason to start seeing this move as a potential downtrend reversal.

0x dives into the consolidation zone

As of this writing, ZRX is valued at $0.38 after being pulled back by 2.6% in the last 24 hours. Due to the correction, the past month has been bearish for the 53rd altcoin since its USD value has dropped by 14%, along with that of BTC (-22.8%) and ETH (-31.2%). Obviously, a decrease in value had a negative impact on the market capitalization that slid from $550 million on August 23 to the present $289 million. Also, we have noticed a significant drop in the average trading volume in the last 60 days, which went from $120 million on exchanges like Coinbase, Binance, and BitMax, to the current $30 million that was interpreted as a signal of approaching consolidation. 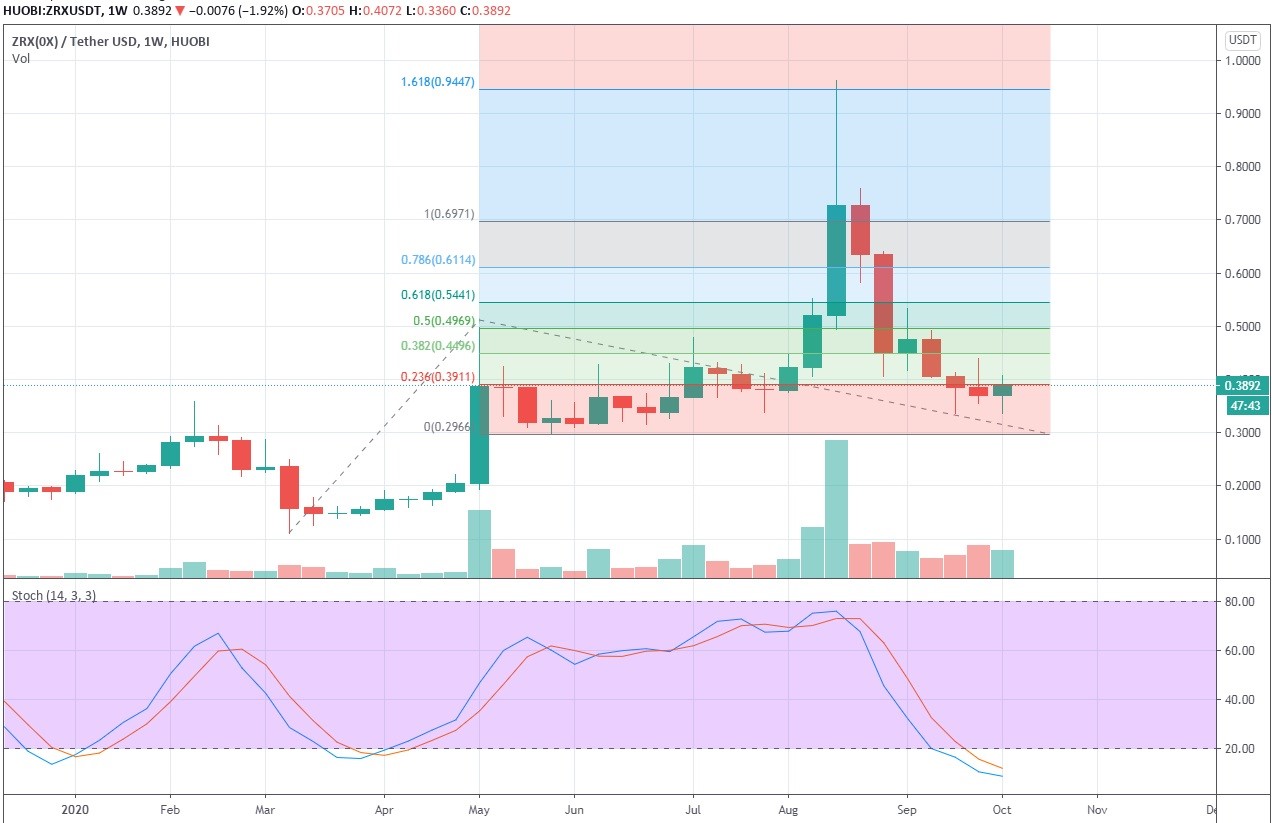 On the weekly chart, we have applied the trend-based Fibonacci extension grid to determine the levels of retracement and potential price targets. It is clear that over the last three weeks, the sellers have eased their pressure after dunking the price below 0.236 on Fibo ($0.390) and putting it inside the consolidation channel, seen during the breakout of downtrend resistance. If 0x fails to close the week above $0.39, which is highly likely, given that the entire market began pulling back after three bullish days, that price level will become the resistance for the next few weeks, while the sellers would persist in pushing the price to $0.3, the support level to the downside.

But should the buyers gather enough strength to make a push above 0.236, they are likely to be met with fierce resistance at 0.382, or $0.45, thus only extending the consolidation range. Here we see that the Stochastic indicator is deep in the oversold zone, though it still has room to support the price move to $0.3.

The analysis of price action on the daily time frame confirms our bearish expectations regarding 0x. The Ichimoku Cloud (IC) indicator shows a huge resistance that is piling up above ZRX, which means that it would take an extraordinarily large influx of buying volume to go past that red Kumo cloud, which is also the area when you mustn’t take any trades. 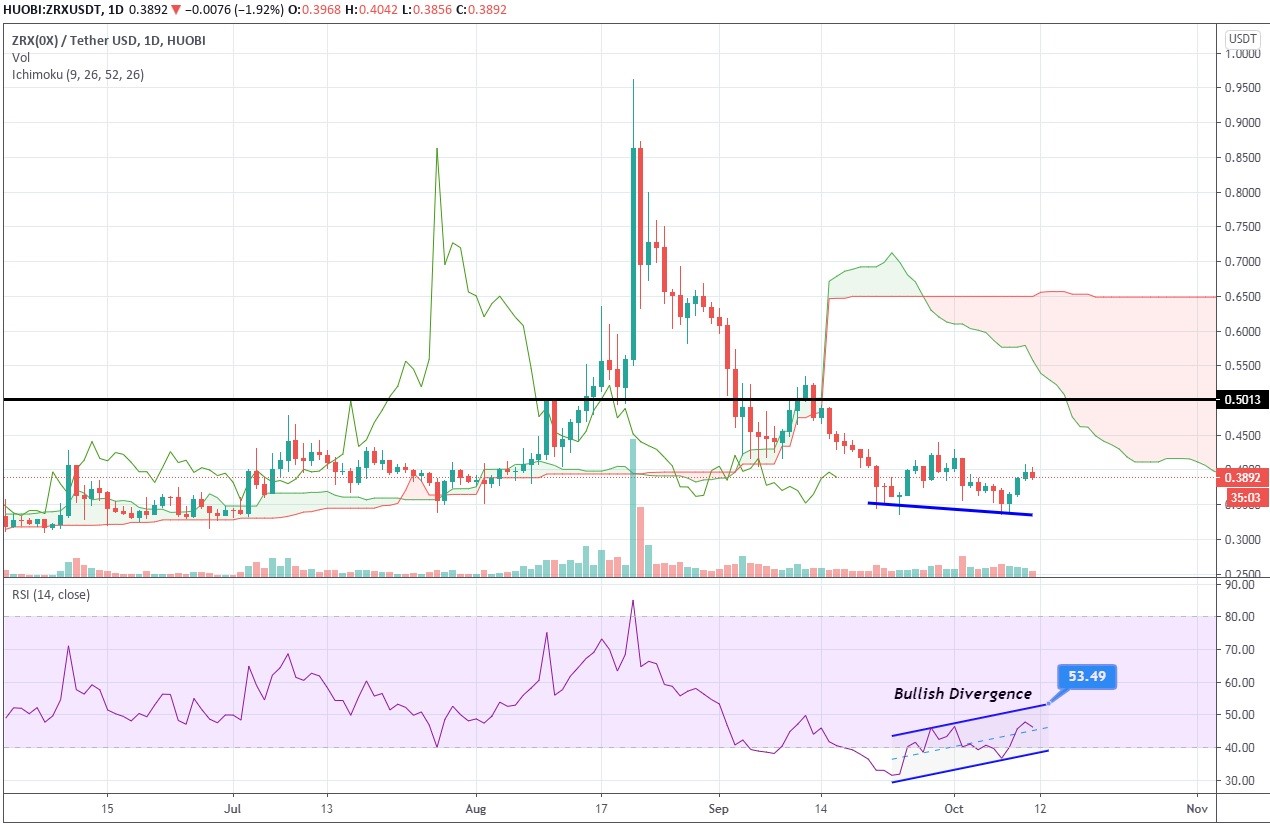 The lagging span of IC confirms the downtrend direction, though we also notice the early signs of bullish divergence on RSI, but it still needs to confirm itself by reaching 53.5. There’s hardly any doubt that 0x will be held tight by the bears for at least another four weeks.