According to our last Zilliqa (ZIL) price prediction, the minable coin representing the blockchain platform built around the sharing concept was supposed to experience a price drop to the levels around $0.15, which it did in a matter of two weeks after the forecast publication.

However, the selling pressure had proven to be so high that at some point, ZIL had to move even lower to $0.013, where it found the support, although the price action persisted in revolving around $0.015 for the period from September 3 until September 28, which coincided with the overall bearish mood on the cryptocurrency market. 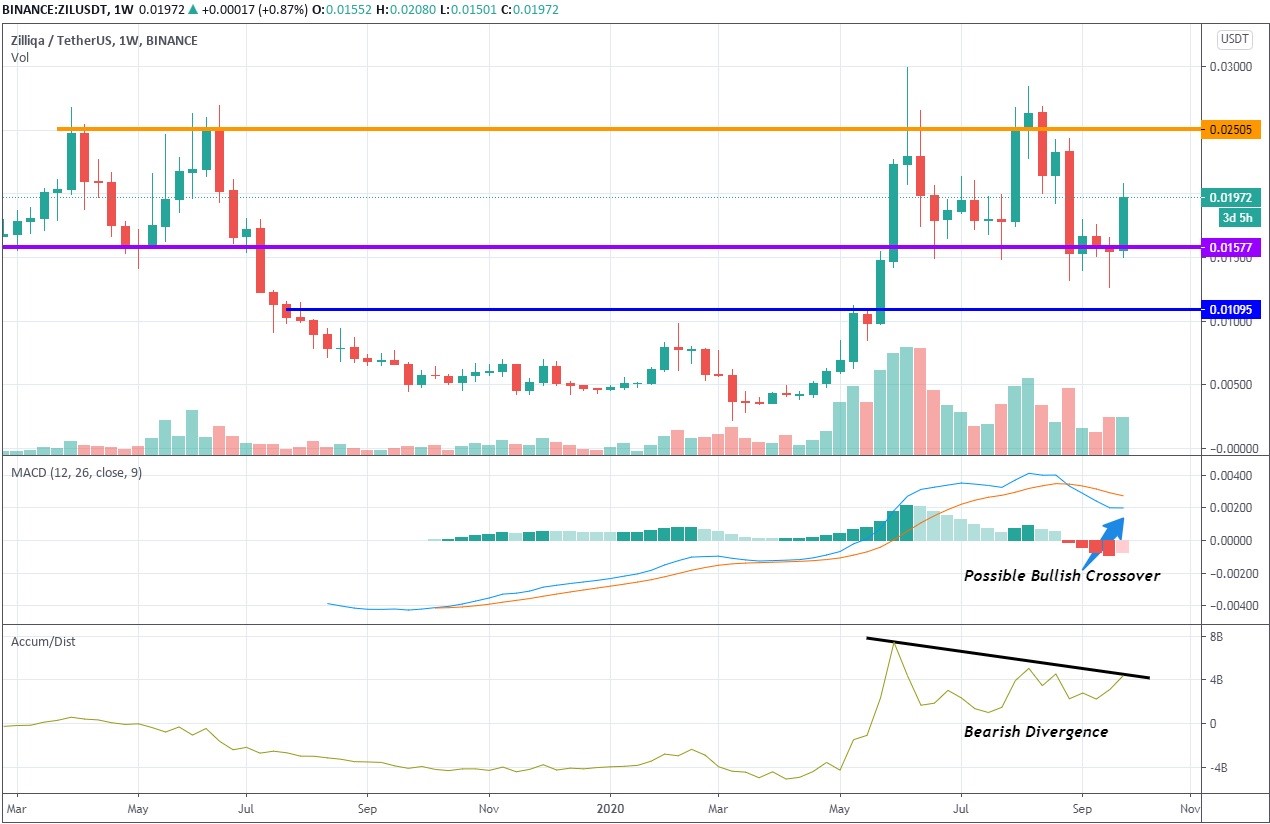 But the weekly chart above clearly shows how vehemently the bulls have been trying to restore the uptrend structure that had been compromised by the sudden selloff by forcing the price from $0.015 to $0.019 in one big push that allowed ZIL to put up the positive 5.24% performance for the first time in 90 days.

Even though Zilliqa has been roughed up a bit during the first month of the fall, the altcoin's showings on the macro scale (last 12 months) remain largely positive as it failed to earn triple figures only against Ethereum.

Zilliqa's all-time ROI is also 405% in the green, which should make investors and traders feel confident about this altcoin, especially since it is associated with such a promising element of blockchain technology as sharding, which even the Ethereum team can't seem to be able to crack, and is quite swingy in terms of price action. Our preliminary ZIL forecast has a bullish tone to it, especially if the cryptocurrency market won't get affected much by the unceasing pandemic and the controversy around the traditional markets and the Fed stimulus. 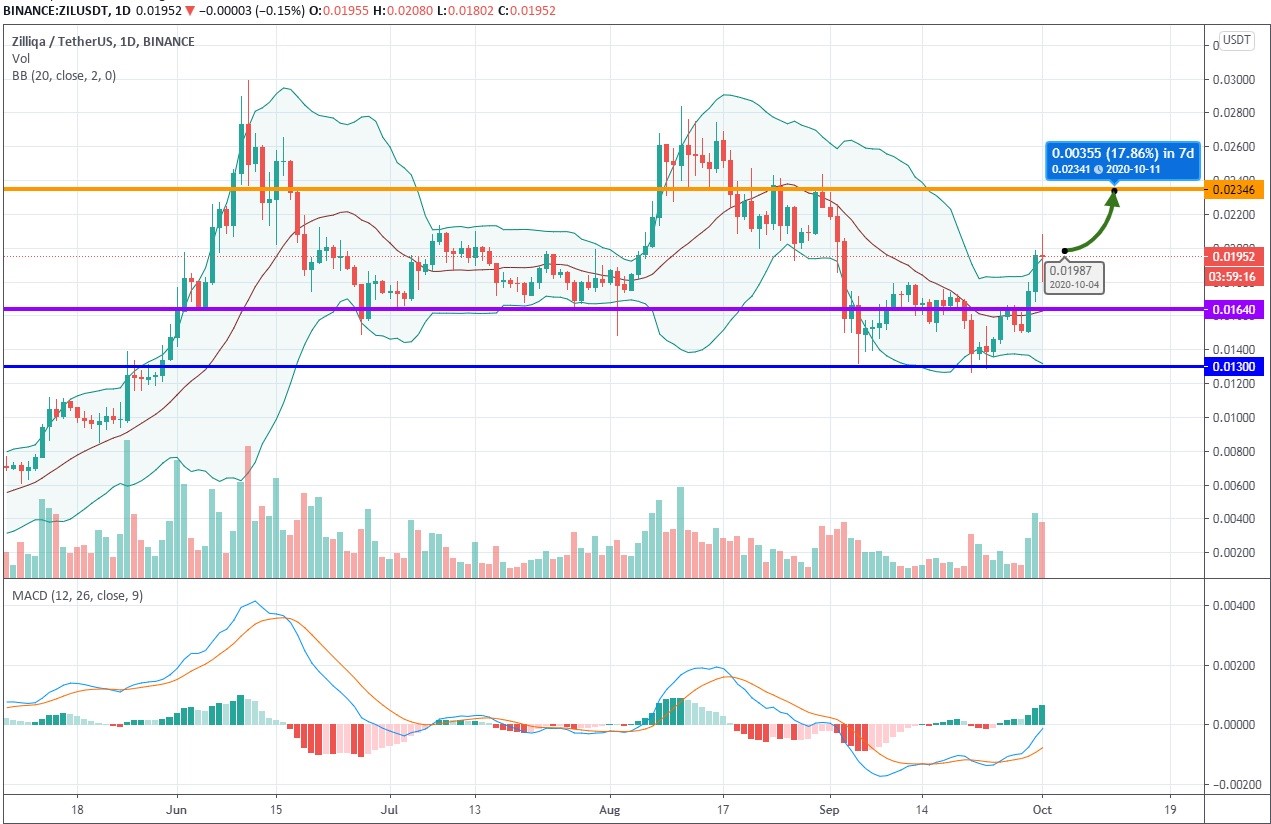 The price action on the daily time frame provides even more bullish signals. For instance, the Bollinger Bands are visually expanding after a brief squeeze, which always entails a period of increased volatility. In this case, the volatility is likely to be of the bullish nature. MACD is singing to the bullish tune as well, showing that the momentum is on the side of the buyers. We also see the surge of buying volume - all these factors combined lead us to the conclusion that Zilliqa will reach the resistance level at $0.023 over the coming week, upon which the retracement could kick in.