Zilliqa (ZIL) was probably one of the first cryptocurrencies related, at least to a certain extent, to the field of decentralized finance (DeFi) that entered the phase of explosive growth that we now witness across almost the entire market of altcoins. The rapid price appreciation of ZIL began in the middle of April from the price level at around $0.0042 and lasted until the second week of July when the price peaked at $0.027, a current all-time high. During that time, the minable coin gained the solid 650% - a nice return on a potential investment made a year ago that yielded a clean 180% profit in USD, and 145% in BTC. 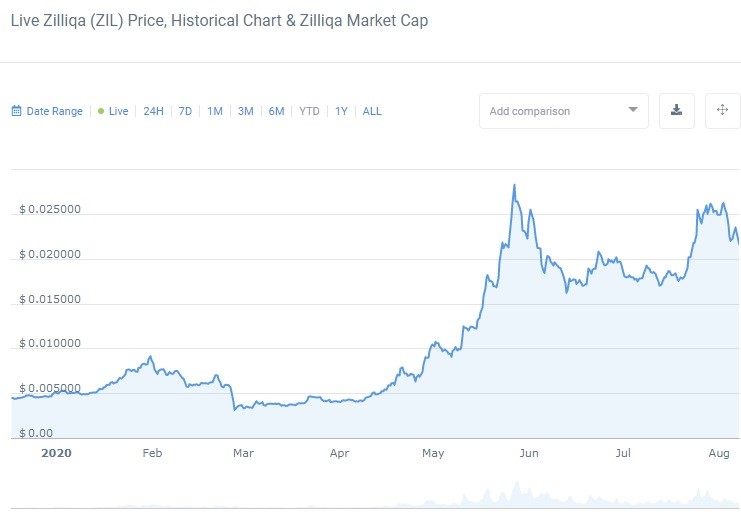 But the early starters are usually also the early finishers, which relates directly to Zilliqa, as you can see on the chart above. Upon establishing the new historical high, ZIL began to roll back considerably, which gives reason to believe that the price could already be in the correction phase. This notion is supported by the price behavior itself, which ranged a bit between $0.017 and $0.02 after the initial pullback. Then, it went on to make a lower high at $0.025, the first sign of the approaching bearish stage of market development. Having wandered for some time near the support line at $0.02, ZIL began to slip again to the bearish side, thus showing that the sellers could be getting back in the driver’s seat.

It’s obvious that going long on ZIL now, when the market has already begun to crumble, would be ill-advised, at least until the price action starts displaying some reliable reversal signals, which are absent at this particular time. 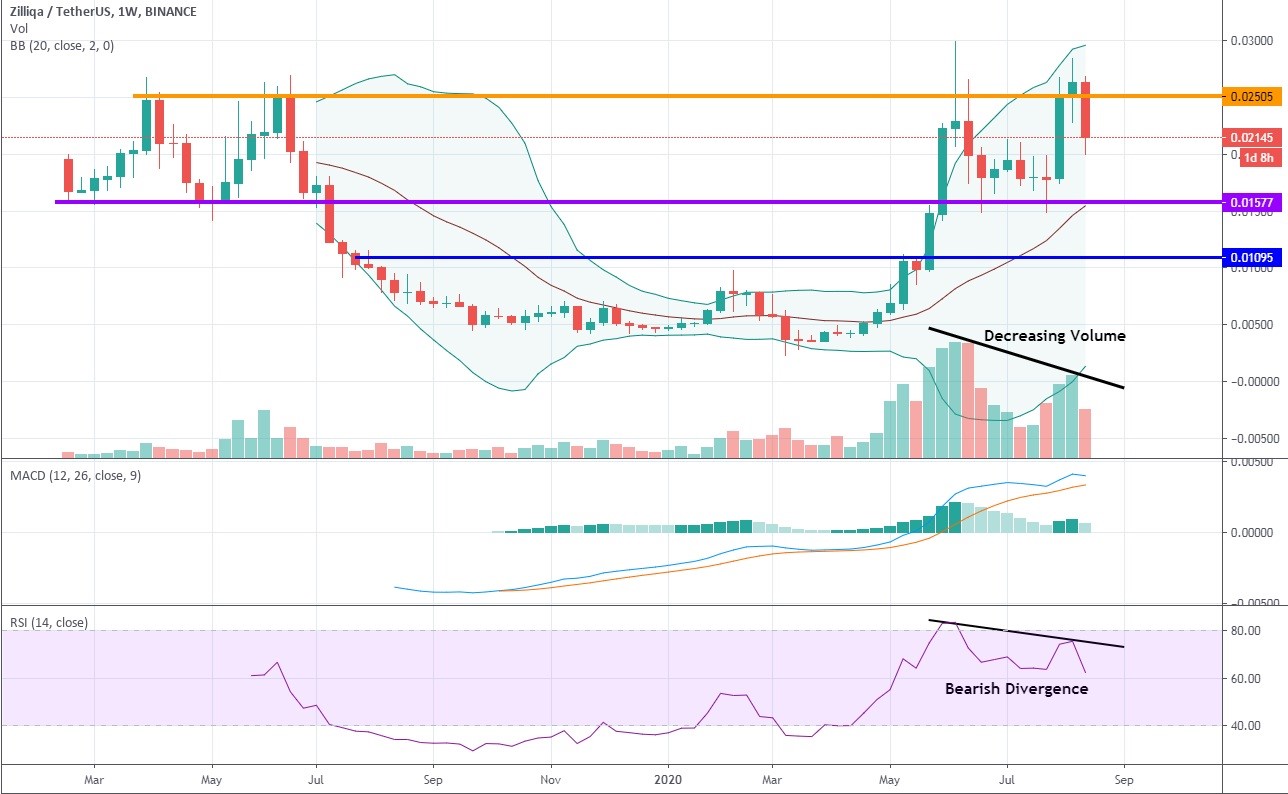 But now, we see all evidence that the pullback on the last move is going to get deeper, and traders are likely to see the emergence of the red staircase that leads to the long-standing support level at $0.015, highlighted purple on the weekly chart above.

By the way, that area of support is one of the two major magnetic points, along with $0.025, towards which Zilliqa has been pulled during the last year and a half of price action. Therefore, it was logical to assume that ZIL will touch $0.015 eventually. Also, that price level coincides almost perfectly with the middle line of Bollinger Bands, a moving average which the price needs to test every now and again. There are several factors that support our prediction that ZIL will keep falling during the next four to six weeks.

To summarize, we predict that Zilliqa will see a deeper pullback to $0.015, at which point traders must look for either reversal or continuation patterns.