Over the past three months, Zilliqa (ZIL) has inarguably been one of the most exciting altcoins to analyze and trade. The market collapse on Black Thursday sent the price of ZIL to the all-time low at $0.0024, which must have left only the most devoted and risk-tolerant traders in this market. However, those who armed themselves with patience were generously rewarded since the price of ZIL had literally skyrocketed in a span of some four weeks, having gone up by the enormous 737% at the top of the upper wick, and 535% at the close of the last green candlestick.

But that appears to have been the end of the fairytale for Zilliqa, which, by the way, was one of the hottest topics among traders recently, as it was brutally rejected by the bears at $0.03. 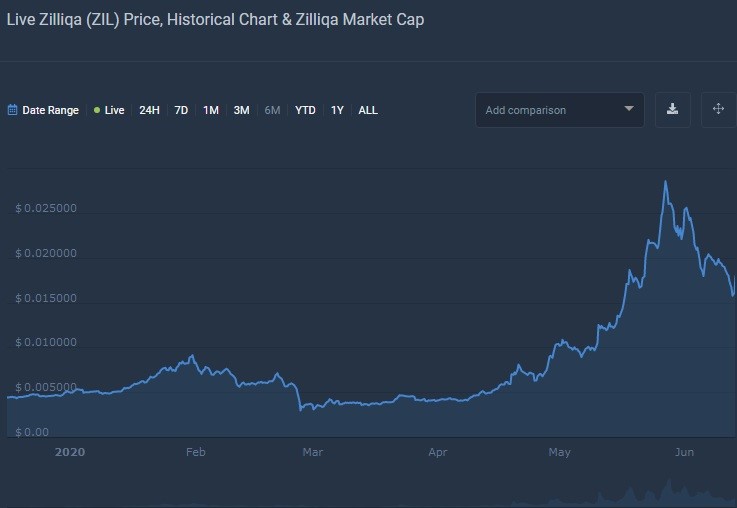 The chart above clearly shows that the uptrend has snapped at the indicated price level and dived head-first into the waters of correction. On the macro level, though, Zilliqa appears to have shown signs of life after nearly a year-long hibernation period. 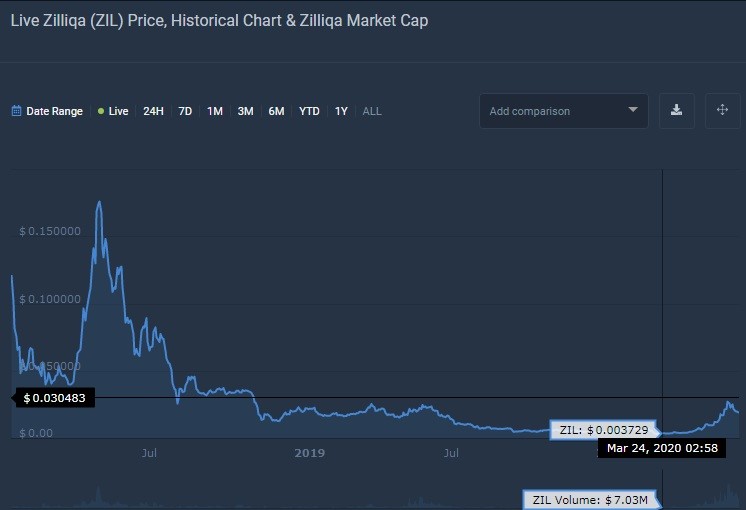 However, it is way too soon to begin analyzing ZIL in the bullish context because even such a spectacular rocket launch on the part of buyers didn’t have a strong enough impulse to go past a crucial resistance at $0.003, which is basically the borderline between the bearish and bullish territories. Should the buyers be unable to hold their ground and not allow the price to fall below $0.015, we expect ZIL to crash by another 30% to 40% and end up at $0.001.

The bulls grapple with the bears above $0.015

The weekly chart below shows that ZIL was unable to establish a new higher high above $0.0025, which was last reached at the second upswing of the double top formation that preceded the last price dump and the subsequent consolidation at $0.05. 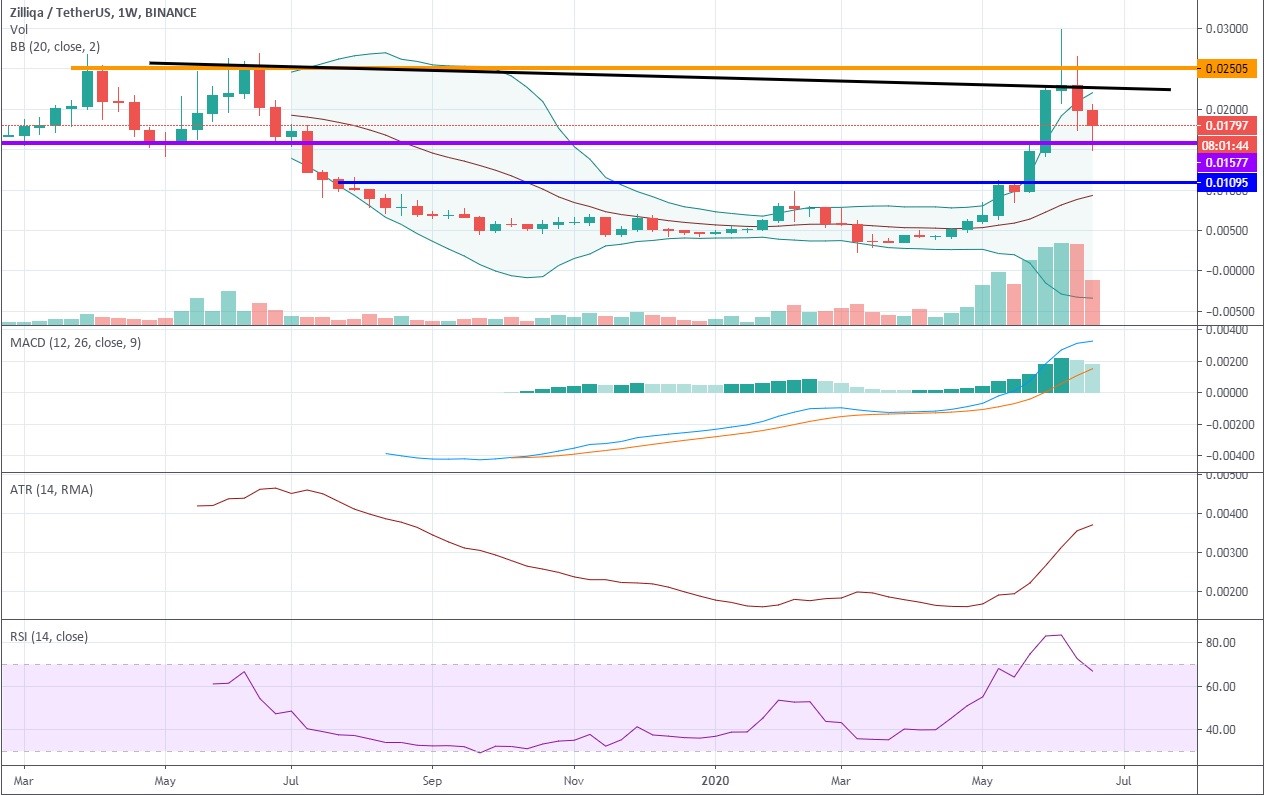 Instead, the price made what appears to be a lower high that is going to be confirmed unless the bulls manage to recover swiftly and launch a move above $0.025. But the probability of that is diminishing as most indicators have started switching to the bearish side.

All in all, the amazing bullish rally on the part of ZIL has run its course, and now everything points to the continuation of correction that could find the bottom at $0.01.