The project that stands behind the cryptocurrency named Zilliqa (ZIL) is focused on the development of a solution that is bound to eliminate the scourge of nearly all blockchain ecosystems, which is scalability. In order to obtain the required scalability, Zilliqa employs the concept of sharding.

The essence of sharding is that all transactions are divided (sharded) into smaller ones, thus vastly increasing the throughput capability of a blockchain. With sharding, miners can verify the fragmented transactions in parallel, which allows them to expedite the entire process greatly and, consequently, scale up the network. The concept of sharding should be incorporated in the upgraded version of the Ethereum network - Ethereum 2.0, which would basically strip Zilliqa of its primary advantage. Nevertheless, while there is no concrete date of the launch of the second iteration of the Ethereum blockchain, Zilliqa remains much faster than its main rival: the team claims that its brainchild is more than 1000 superior to Buterin’s creation, at least on paper. Developers are those who stand to gain the most from Zilliqa’s capacity for scaling since they can focus on the functional aspects of decentralized applications instead of adapting it to the probable scenarios of network congestion.

The present standings of Zilliqa

Despite having an interesting and, most importantly, relevant fundamentals, ZIL currently sits near the bottom of the top 100 on Coinmarketcap - it is ranked 81st, to be precise. What’s curious about Zilliqa is that its weighted trading volume sometimes exceeds the market capitalization. For instance, on February 24, the daily trading volume of ZIL amounted to an impressive $177 million, whereas the coin’s market capitalization stood at $71 million.

It’s quite a seldom occurrence on the cryptocurrency market which points to the fact that the liquidity is drawn into this market by traders, regardless of the fact that this coin has never been considered a great gainer: the coin’s all-time ROI stands at -95% while its gains over the last month amounted to mere 32.5%.

The story of ZIL on the charts

While 32.5% might seem like good progress to traders who got acquainted with Zilliqa only a few weeks ago, at the face of the bull rally, the long-term investors shouldn’t be overly pleased by its performance. 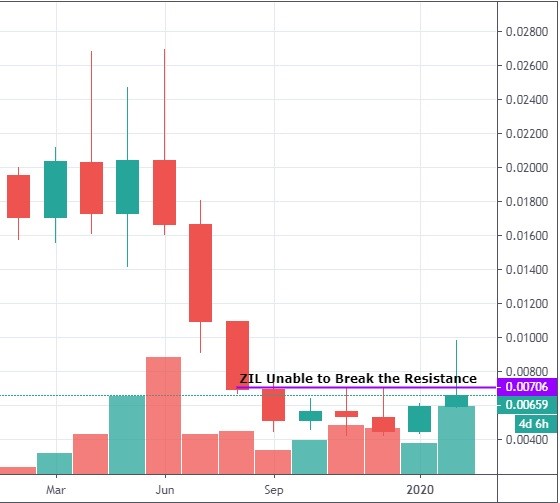 On the monthly time frame, ZIL is far from even making a hint at the recovery after a massive 80% crash that occurred last July. The 81st currency has actually made an attempt to hack its way through the resistance at $0.007 but to no avail. 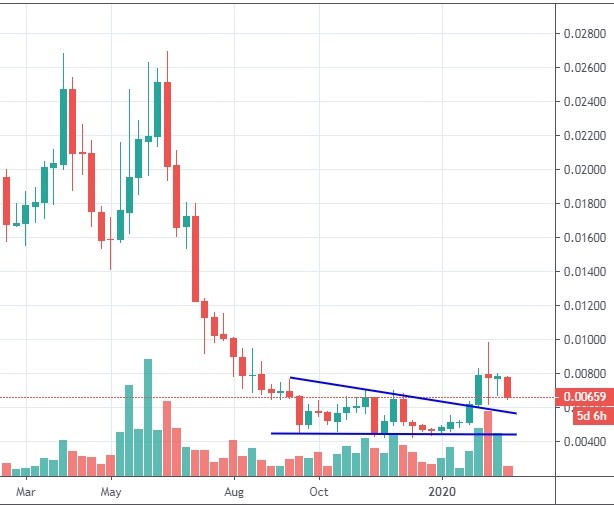 Things look a bit brighter on the weekly time frame as the coin has broken out of the descending wedge to the upside and tested the resistance level at $0.008 but is now being pushed down by the bears. It appears that the sellers will drag ZIL down to $0.006, based on how strongly the price is dropping on the back of a low trading volume. 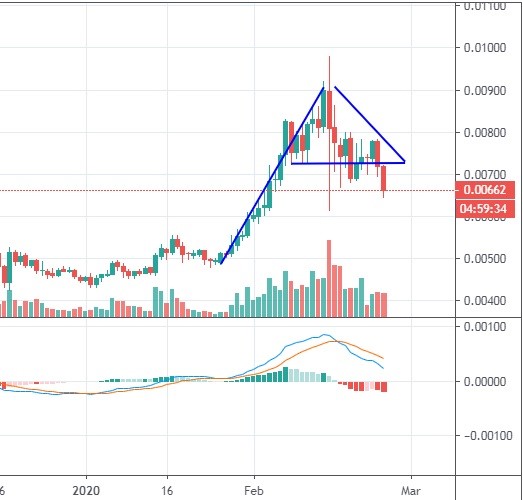 The daily chart shows ZIL breaching the bull flag formation to the downside, which is a strong sell signal, amplified by MACD that is heading towards a zero-line with the MACD line moving further away from the signal one. All in all, the cryptocurrency market appears to have entered the correction phase, so now is the ripe time to think about shorting Zilliqa.