Traders must remember the hype around the probable altseason, which culminated in the middle of February, from which point the countdown to the market capitulation had begun. Since that time, many altcoins have been staying below the previous yearly highs, thus being trapped by the bear. But those ones don't include Zilliqa (ZIL), a coin that was built around the concept of sharding. Being currently priced at $0.1, ZIL has already crossed the mark above the yearly high of $0.0089, so perhaps the altseason didn't end for this currency in February, it has just taken a long timeout.

The bulls have been behaving aggressively in the ZIL/USDT market, pushing the price to the upside relentlessly. Thanks to their efforts in the past month, ZIL received an impressive price appreciation of 143% against USD and 84% against Bitcoin. Before that, the coin was mostly apathetic, doing more consolidation and ranging. 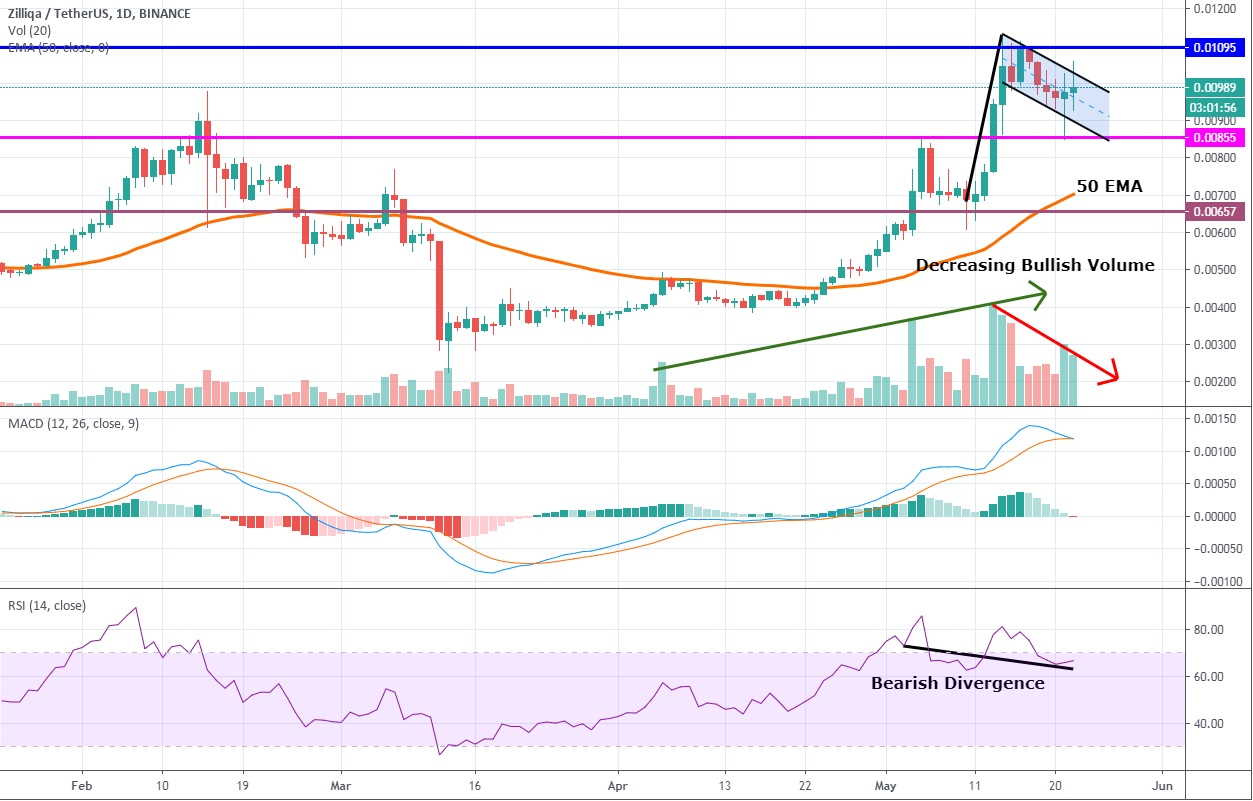 The two enormous leaps, which Zilliqa made since April 21, should have attracted traders' attention. Congratulations to those who went long on ZIL at $0.048, when the price had broken the first resistance, or when it got stuck for a while at $0.065, ultimately resolving the bullish checkmate pattern with the second upside swing that provided for the 64% gains. In the latest phase, Zilliqa has made a normal retracement that falls within the context of the bullish flag pattern.

At this point, some might think that it would be a good idea to go long on ZIL because it behaves healthily overall, the price retested the previous support at $0.0085, which it had broken with the three white soldiers candlestick formation.

And now, there emerges the pattern that starts to show similarities with the one called morning star: Besides that price action stays high above the 99-period EMA, thus confirming the overall bullish sentiments in this market. It seems that there is hardly anything that could stop ZIL from going past the outstanding resistance at $0.01, after which the price would encounter little to no counteraction on its way to the next big barrier that should emerge at $0.015, a support line that stood from March until July 2019. However, there are several factors that speak against the inevitability of the bullish scenario:

The bottom line is that Zilliqa offers mixed signals; therefore, it would be practical to exercise caution in this market and wait for ZIL to either resolve the frag to the upside or descend below $0.085, and to the 50 EMA. In which case, one needs to have a stop-loss placed accordingly but consider a long position as the profit/loss ratio of the next move is 1:3.