It appears that the buyers have finally found themselves in the driving seat in the Waves (WAVES) market for the first time since 2018 and the associated largest bull market in the history of crypto. The historical chart below reveals that the first visible shift in the direction of price action occurred in the final quarter of 2019, but a stronger bullish initiative had been brought to a halt by the notorious coronavirus crisis. 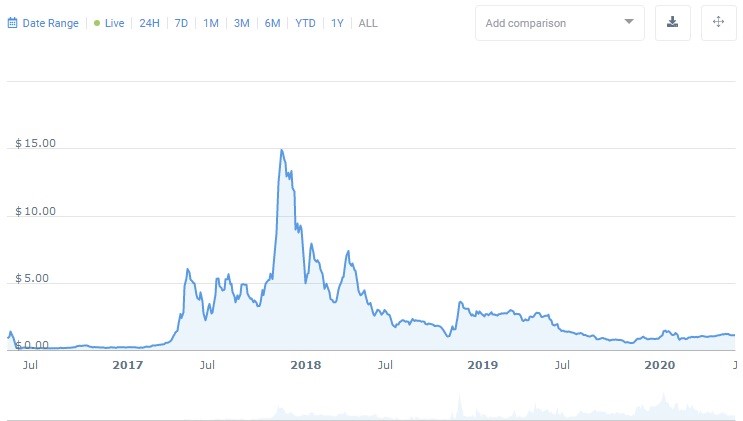 What’s fascinating about Waves is that a massive price drop caused by the panic around the global pandemic had considerably distorted the bullish momentum but couldn’t have caused critical damage to the overall integrity of the uptrend. The price did take a considerable dive below $0.8 during the climax of the sell-off, but it turned out to be a lower high on the macro scale, whereas the bulls didn’t hesitate to start pushing the price in the direction of the local high at $1.6.

The past month has been quite fruitful for WAVES in all markets as its USD value inflated by 15.5%, along with the outstanding 19% performance against Bitcoin. It must be noted that most of these gains took place over the past seven days that could serve as a signal of the amplifying bullish momentum. Besides, Waves boasts a strong underlying technology, namely DEX and STO, as well as solid token economics that could fuel further price growth. The team has also declared the intention to focus its efforts on entering the gaming space that has already proven to be more welcoming towards cryptocurrencies than any other industry.

Therefore, the fundamental analysis dictates that WAVES can make a splash and rise considerably in the global ranks. Right now, Waves is ranked 60th, with the market capitalization of $141 million that began to grow along with the intensification of price action.

On its way to the second higher high

Let’s start the WAVES price prediction by taking a look at the weekly time frame in order to determine key resistance/support levels. 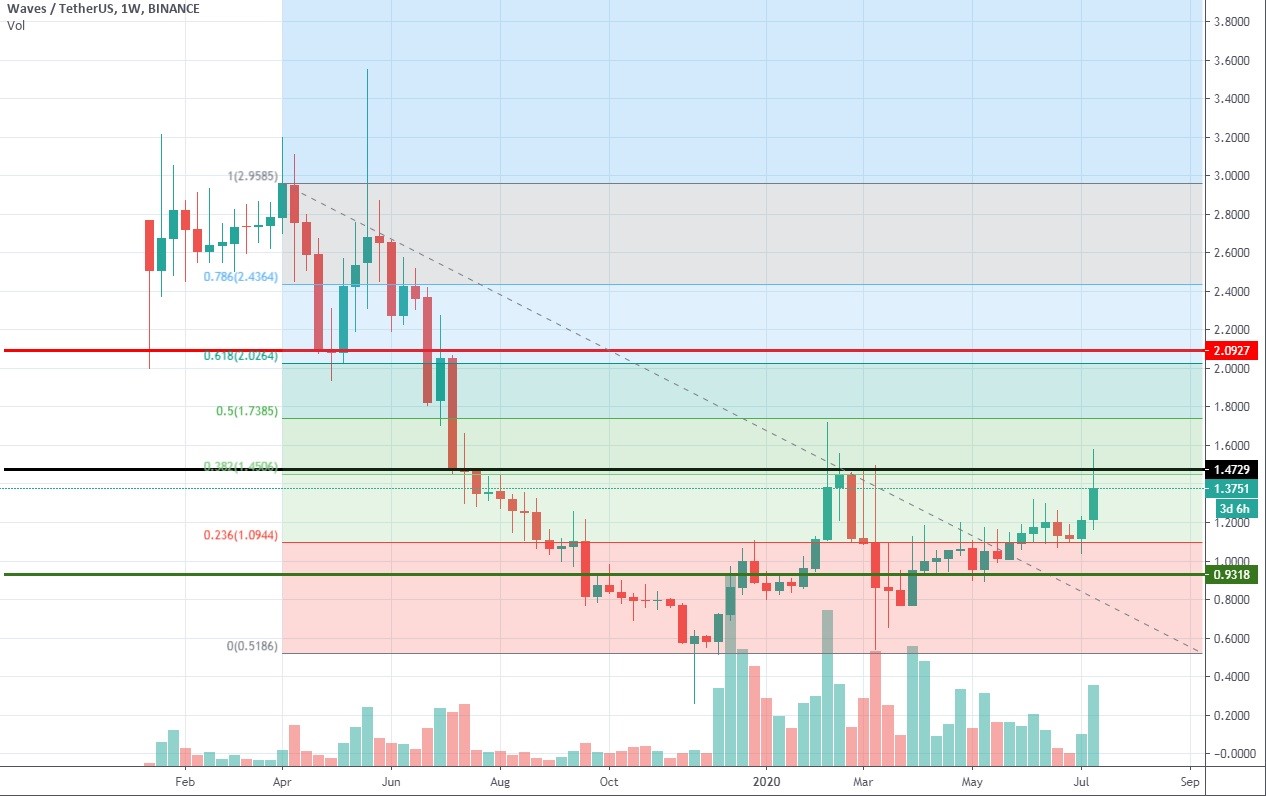 The analysis of WAVES price action on the daily time frame indicates a strong presence of buyers in this market. 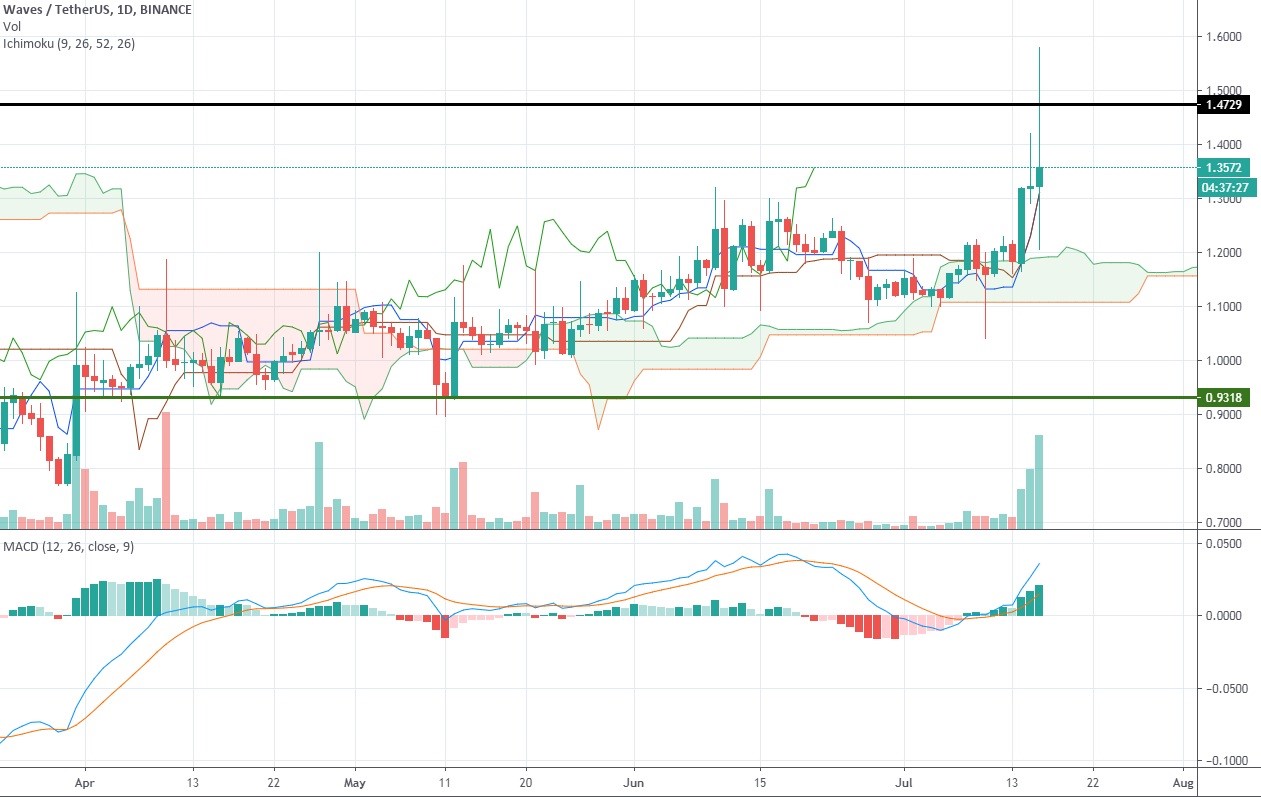 The bullish trading volume has exploded over the past three days and displays the tendency towards further growth. But the fact that the bears have already pressurized the price down from $1.58 to the current $1.38 (12% drop) hints at the probable consolidation beneath $1.47 before the next upswing. MACD’s lines are heading north while drawing further apart, so the bullish momentum is likely to persist. The Ichimoku Cloud indicator reveals a large area of support, plus the price is above both conversion and base lines, which strengthens the bullish stance of WAVES.

To summarize, we predict that Waves will stay on the path to the upside, in the context of which the altcoin will establish a new higher high above $1.47 in the next ten days.