Even though Waves (WAVES) isn’t participating in the DeFi craze directly, this altcoin that backs the blockchain network for Web 3.0 application has had its fair share of gains over the past year, which translated to 180% appreciation of USD value and the 141% rise above Bitcoin. Not bad for the altcoin that is ranked 50th, with a modest market capitalization of $360 million.

WAVES is preparing to take out the $5 resistance

But don’t expect Waves to follow the suit of many other altcoins that had ripped through their ATH’s like it was nothing and are now soaring to new heights. WAVES had its prime time during the so-called crypto bubble of 2017 when it hit the roof at $18 and then systematically pushed to the downside by the sellers for many months until November 2019, when the downtrend had finally reversed. 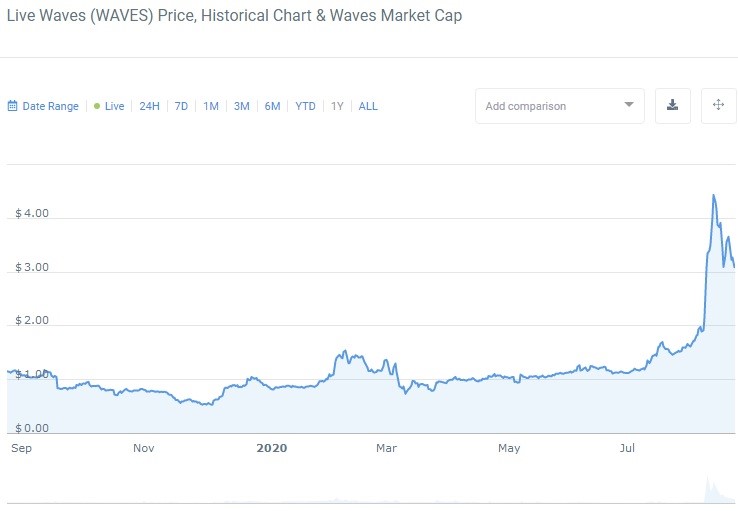 What’s fascinating about Waves is how well it had handled itself at the time of the coronavirus crisis that sent the entire market into freefall. Notice how well the coin has held its ground and kept on making higher lows despite the fearful sentiment that dominated the market at that time. Apparently, WAVES meant to initiate the uptrend much sooner, but the pandemic had forced it to delay the bullish party until July when the price action had really exploded.

It has successfully gone past the first serious resistance at $2.7, which held the price under the lid for the entire duration of 2019, and is now heading towards probably the most important level apart from the ATH - the magnetic point at $5 that remains the place of the most active price interaction in altcoin’s entire history. If you plan on going long after this WAVES price prediction, consider $5 as the ultimate price target area for the coming few weeks. Once we see how the coin deals with that price level, we would be able to establish whether it would go higher or not.

The daily chart shows that WAVES is going through a relatively deep retracement, the depth and the angle of which tells traders not to expect the same catapulting bullish price action they saw during the first upswing. We’ve used the Fibonacci channel to determine the probable support and resistance levels during the next rally. We still consider a chance of current retracement being a reversal, in which case, the price is likely to travel south to $2 or even $1.8. But considering the ruling sentiment in the market, the probability of a bearish scenario is relatively low. 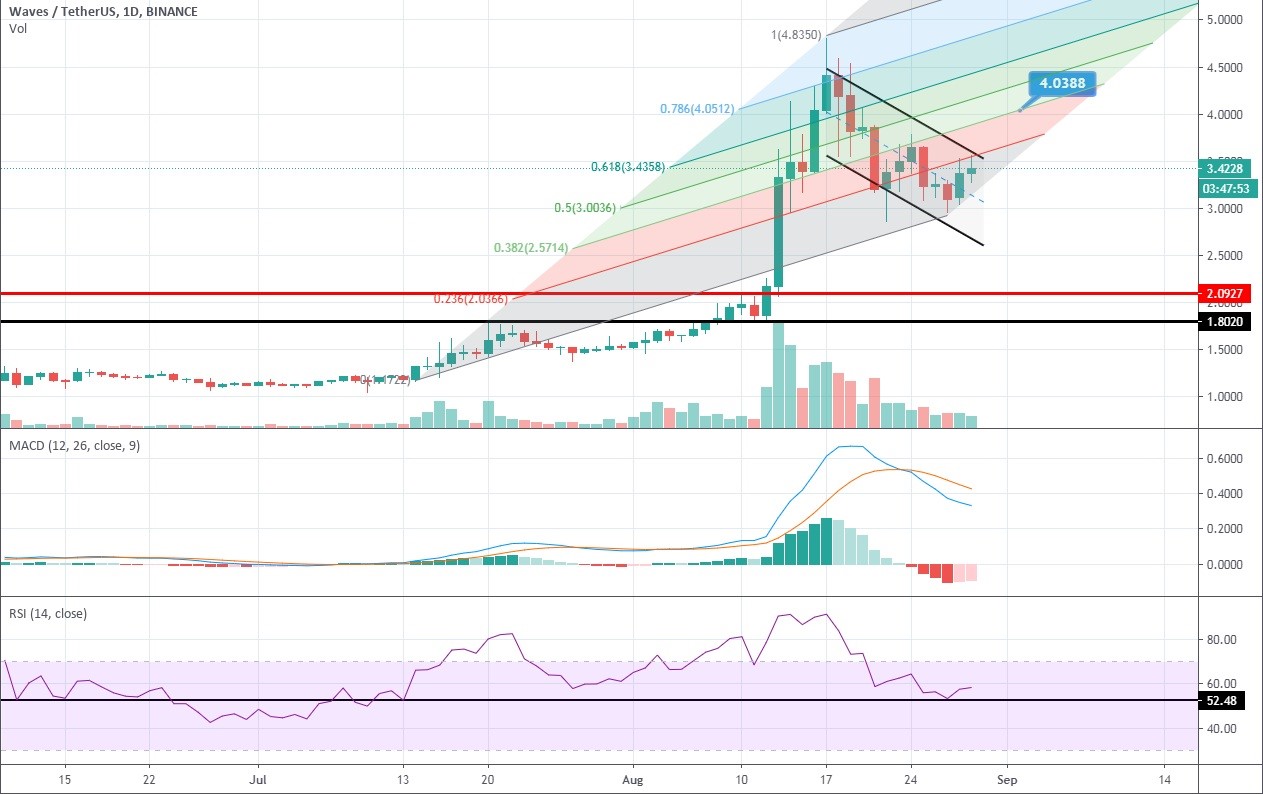 We expect that the first bullish impulse will take the price to $4 or 0.382 on the Fibonacci channel, at which point it could get rejected to $3.75.  Once that is done, WAVES could easily go past the rest of Fibo levels and establish a new higher high close to $5, presumably at $4.7.