Before the first days of September, Waves (WAVES) had had a positive outlook, not exceedingly bullish, but enough to consider the uptrend continuation after the resolution of the pattern that was then presumed as a bullish flag. But the sellers managed to create a pressure so big that the price of WAVES crashed almost immediately after breaking out of the pennant to the upside, thus making a bull trap, unexpectedly for many traders. 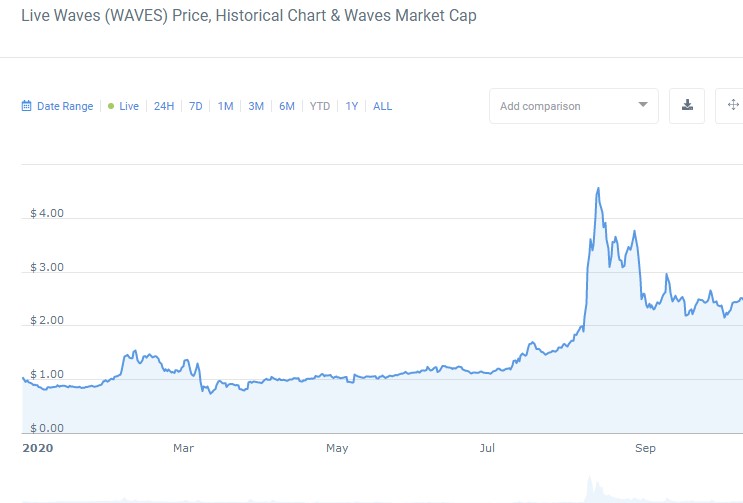 But even the 56% correction that came to fruition in 19 days wasn’t deep enough to pose a threat to the overall uptrend structure as the buyers have effectively managed to keep the price action above the psychological price level of $2.

As of this writing, the price of Waves stands at exactly $3 after a slight 1.8% decline in the past 24 hours. During the recent selloff, the market capitalization of WAVES went from the year’s high at $461 million down to $244 million, but then made a recovery to present level at $310 million. During the previous two weeks, we have seen the average trading volume of WAVES fluctuate between $30 million and $42 million, but in the last two days, the volume began to spike to $72 million on October 15 and then to $140 million the next day. We have seen a similar volume increase at the nascent stage of the previous bull rally, which leaves the bullish reversal on the table for traders.

Are buyers preparing another rally for WAVES?

The analysis of price action on the weekly time frame tells us that Waves stopped its downfall near the multi-month support level at $2 that has proven historically to be the borderline between bearish and bullish zones, suggesting that the buyers are still playing the first fiddle in this market in spite of enormous selling pressure during the last six weeks. 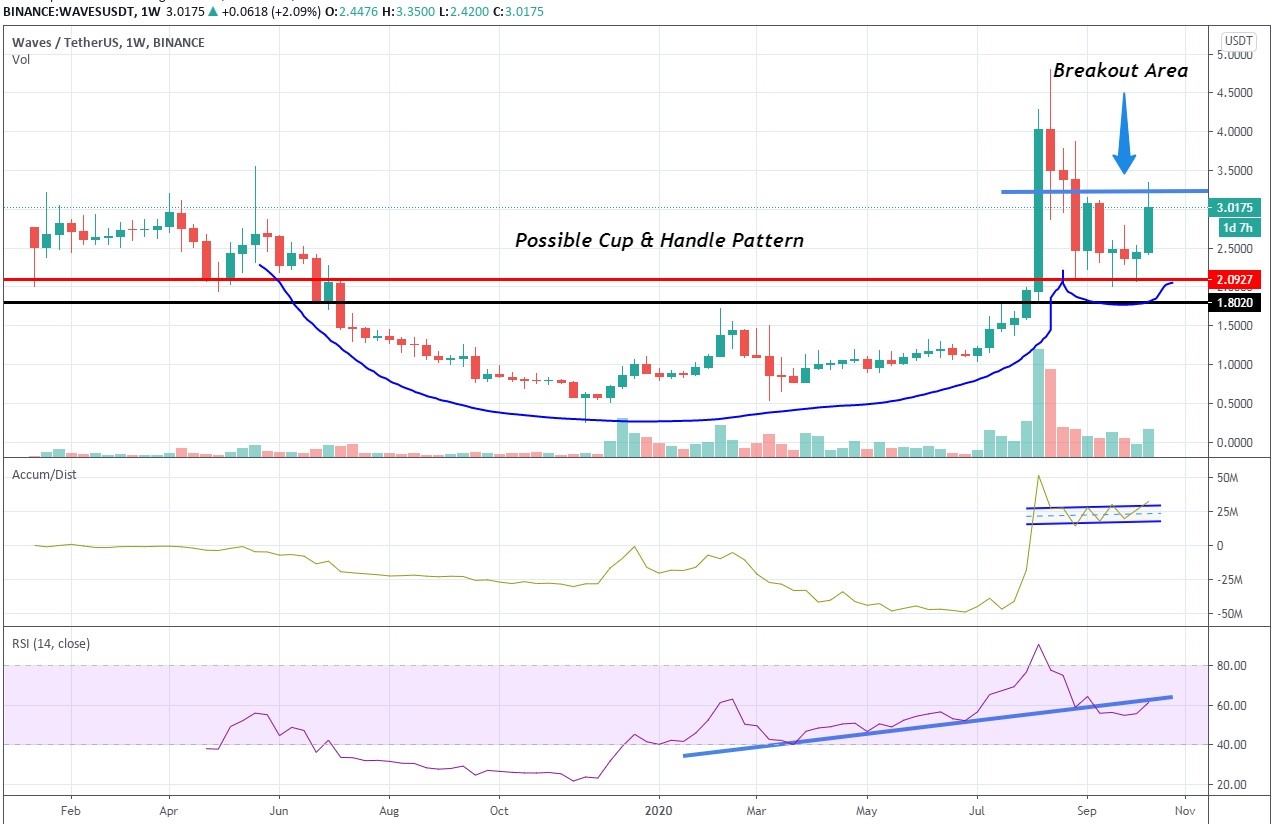 Another interesting thing on that time frame is that price action would be forming a cup & handle pattern, though not entirely conventional due to the height of the bullish candle that broke the resistance at $2. Should the body of this week’s candle engulf the ones that formed in the first and the second week of September, which means closing at or above $3.22, the probability of uptrend continuation will rise substantially. The showings of key indicators also suggest that the sentiment might be switching to bullish again.

To summarize, WAVES surely displays a certain proclivity for bullishness, but let’s not forget that that global economy is on the brink of a second lockdown, whereas the cryptocurrency industry might be affected by the cases of BitMEX and OKEx in a negative way. Therefore, if WAVES fails to establish a foothold above $3.2 during the coming week, refrain from taking long trades in this market.