Despite the fact that Waves isn’t regarded as one of the most popular cryptocurrencies - since it still dangles at the bottom of the top 50 rank - it has proven to be one of the most resilient ones in the times of the all-encompassing crisis.

First and foremost, the 49th cryptocurrency, which is based on the foundation of a blockchain network for decentralized applications and Web 3.0 services, hasn’t fallen through the floor and found the new all-time low, like it happened to many higher-ranked cryptocurrencies, but actually gathered enough strength to make a swift recovery to the levels at $0.792 that preceded the minor uptrend at the beginning of 2020, which is quite a remarkable achievement, given that the majority of other coins flew past this support level like a cannonball thrown from the cliff. 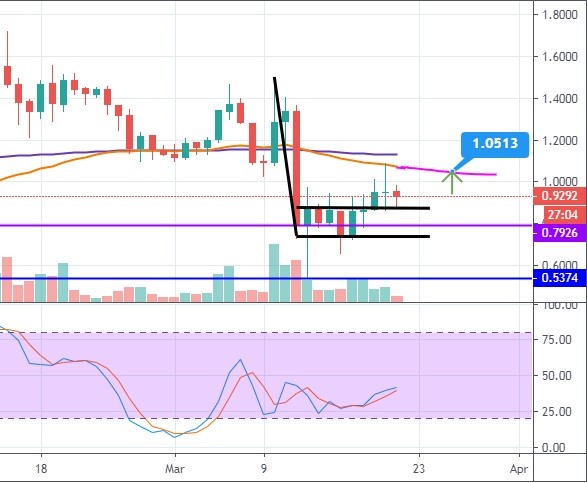 The price had indeed poked $0.537, which served as support in the first half of December 2019, but it only proves how significantly WAVES respects the support/resistance levels, which makes this coin much more comfortable for trading in this period of total uncertainty.

Besides, this currency seems to fancy moving within the accurate price ranges, like the one we see on this daily chart ($0.73 - $0.88), which is also a part of the bearish pennant formation that has already been successfully broken to the upside with resistance at $0.88 turned support, while the price had also managed to briefly touch the 50-period EMA, though it was instantly pressurized by the bears into a spinning top pattern. Also note how WAVES has recovered more than half of its 60% price loss in a span of a week, which is a remarkable feature in the current circumstances.

What the future holds for WAVES

We predict that if in the next week there would be panic-inducing news related to Covid-19 or the degrading state of traditional markets, Waves would make another attempt at conquering the 50 EMA that should by that time flow at the level of $1.05. This notion is supported by the situation on Stochastic that is gradually moving northward away from the overbought region, though it appears inclined to making a bearish crossover that could stall the price growth for a bit.

We shouldn’t disregard a negative scenario, of course, but given how adherent Waves is to the support levels, it is safe to assume that it wouldn’t fall below $0.537 straight away, but we shouldn’t disregard the chance of it descending below that line if the global economy goes into a full-blown recession. Therefore, it is of utmost importance in these grim times to maintain a well-elaborated stop-loss strategy to hedge yourselves against sudden price drops. 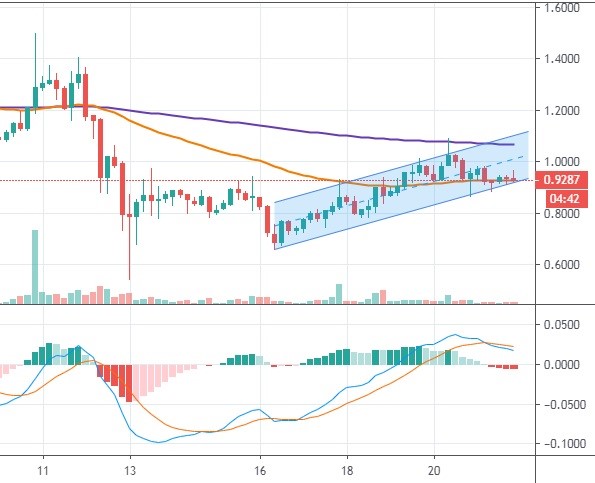 The situation on the 4-hour time frame also instills a good deal of optimism for Waves traders/holders since on March 16, the price flow has changed the direction of movement and is now engaged in an uphill climb that took it above the 50 EMA, which now acts as support, while the 200-period appears to be exercising the function of resistance. MACD, however, has performed a bearish crossover, but it’s relatively high above a zero line, which shows that the market still possesses some bullish sentiment.