The DeFi token that serves the on-chain liquidity protocol is now close to completely wiping out the decent 200% gains it had achieved during the summer months. The price level at $2 proved to be the peak of that enormous rally, after which it became evident that the sellers intended to pressurize Kyber Network to the downside. 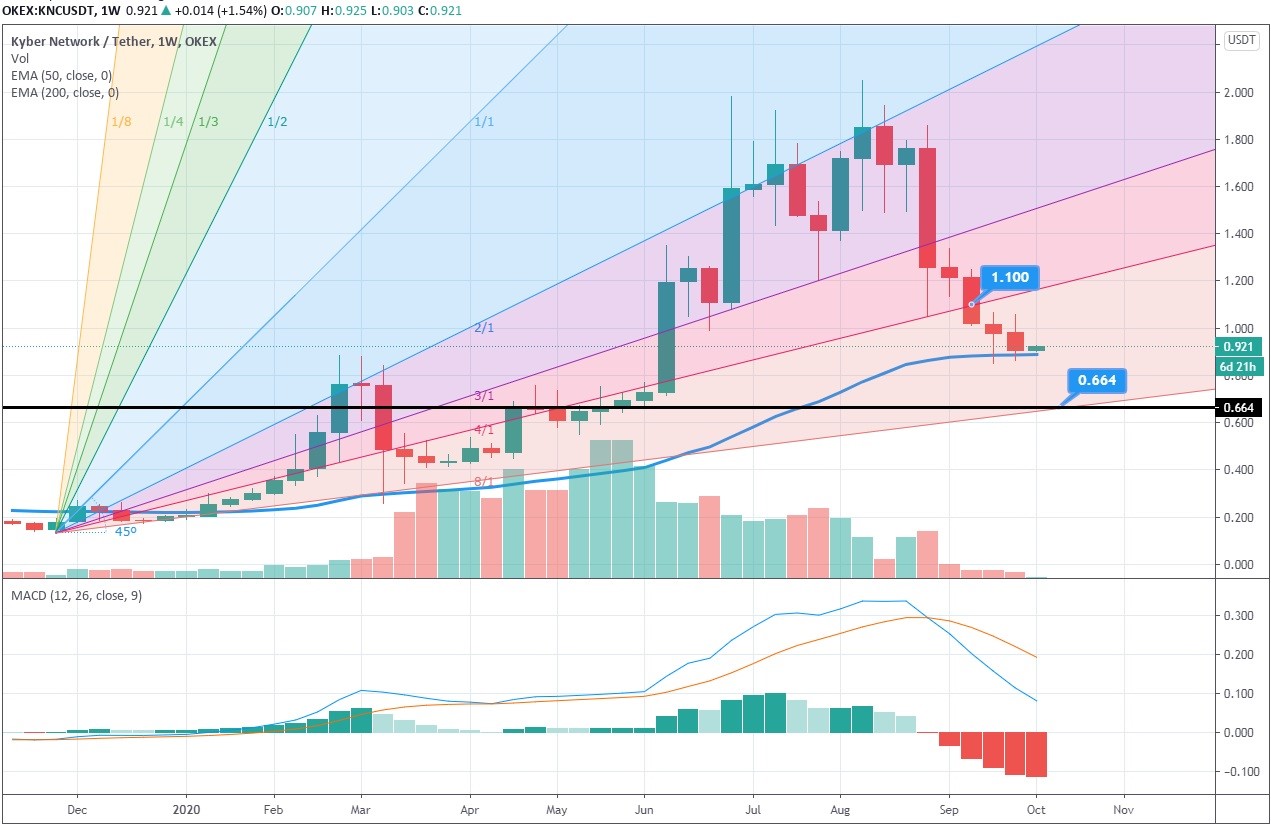 It is clear from the chart above that their efforts were more than fruitful as Kyber Network had totally capitulated and crashed for five weeks in a row, stopping only at the 50-period exponential moving average.

A ruthless assassination of gains

Even though KNC’s performance profile still shows triple-figure gains against three major currencies: 426% against USD, 305% against BTC, and 162% in the pair with Ethereum, its recent progress has been entirely to the negative side. Over the past 30 days, Kyber Network lost on average 30% in those three markets. At the same time, its average trading volume has shrunk from $110 million at the beginning of August to $32 million, along with its market capitalization of $335 million in the last month of summer to the current $180 million. At the moment, Kyber Network is worth $0.91 apiece, following the 4.48% price drop in a day.

After falling below the price level at $1.1, KNC lost its uptrend structure, although the bounce from the 50 EMA might help the buyer regain the composure. However, that bounce would only be possible through the sudden injection of large buying volume, which seems hardly likely, considering the present strength of bearish momentum revealed by MACD. Given how wide apart are the MACD lines, the selling pressure on KNC will only increase, along with the probability of the price falling to the bottom line of Gann Fan that coincides with the price level at $0.664, or the first resistance during the April breakout. Obviously, there are little to no signs of the reverse to the upside since the buyers seem to have totally abandoned this market for the time being. 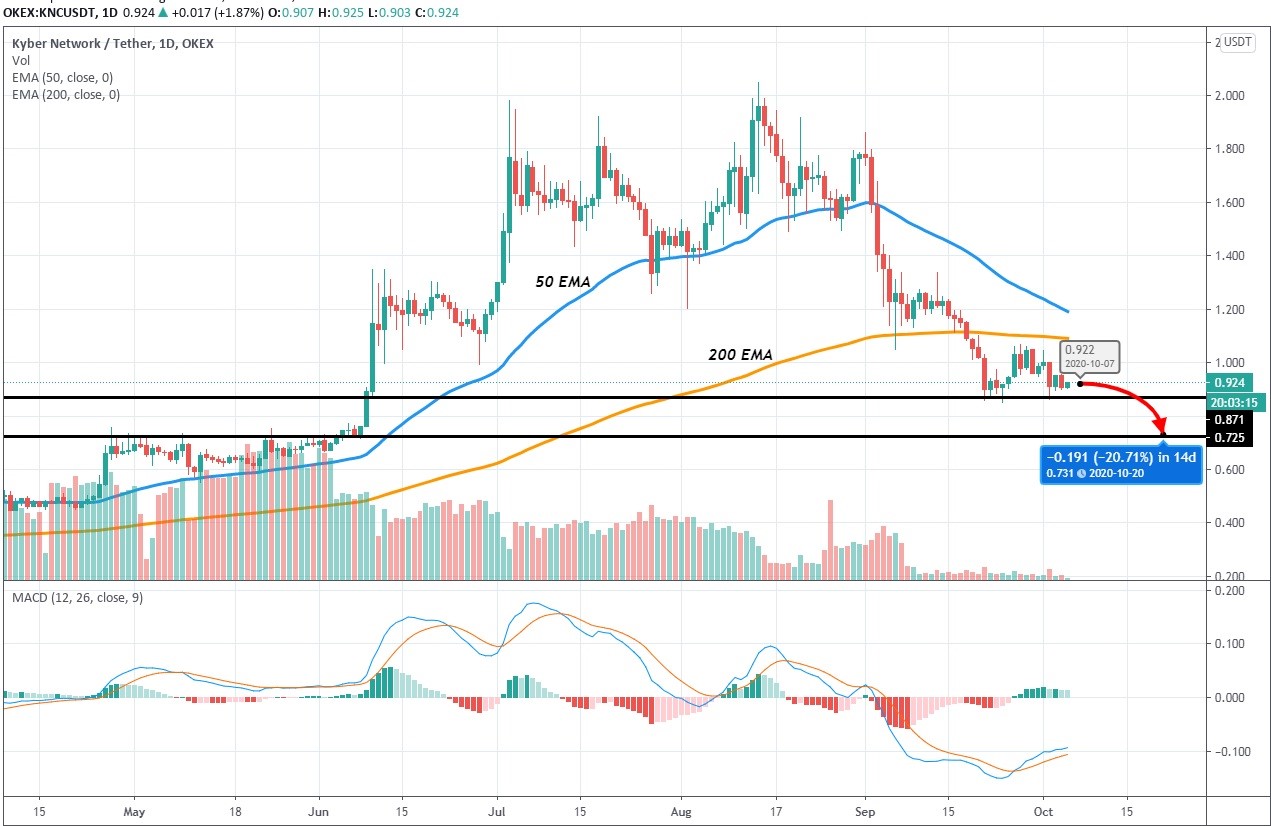 Not surprisingly, the things appear to be just as bearish on the daily time frame where Kyber Network went down below both 50 EMA and 200 EMA, along with a massive drop in trading volume.

KNC is now clinging to support at $0.87, while MACD is on the rise after the bullish crossover at -0.136, which creates a small bullish divergence that leaves the possibility for the price to take a quick leap to $1.2 that overlaps with the 50 EMA that is going to serve as resistance. But given the overall bearish outlook for Kyber Network, we predict that the price will eventually slide down to $0.72, the price area that was the starting point for the finalized bull rally.

To summarize, Kyber Network in its current state is definitely not the cryptocurrency you’d like to go long on right now, because the bears are playing the first fiddle in this market. It would probably take KNC weeks, if not months, to start showing some comprehensible signs of recovery, so try to take only short trades.