Over the past month, Kyber Network (KNC) has further confirmed that the correction, in which the price has been brooding for nearly two years, is over, and traders now witness the development of a strong secondary uptrend. 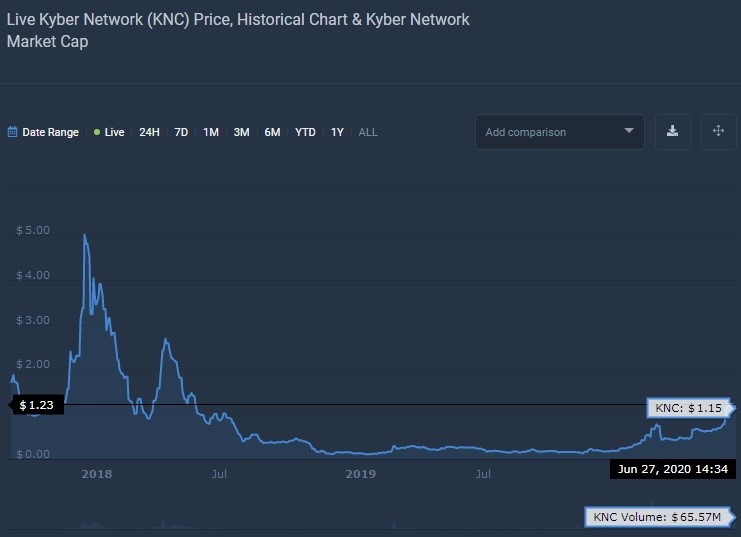 On the all-time chart, we see that the price has already passed the region of intense resistance at $1, and did it in the decisive fashion, as you will see on the daily time frame. Another tough resistance level stands at $1.26, and KNC is currently grappling with it in an attempt to establish a new higher high above $1.3. The next macro resistance is expected to emerge at $1.76, after which the road above $2 would be wide open. Certainly, Kyber Network remains 84% below the all-time high at $8, but the general bullish tendencies in this market are apparent.

KNC still remains a marvelous gainer, as its value increase in USD over the past year holds at an awe-inspiring 426%, while its Bitcoin and Ethereum value rose by 520% and 566%, respectively. Should Kyber Network retain its stride to the upside, the gains will be even larger, given that both dominant cryptocurrencies would continue to stagnate.

KNC is on its way new heights

Having determined the macro price targets, let’s analyze the situation on the daily time frame, where Kyber Network is working through another upswing that could land the price above $1.4, especially given the bullishness of all major indicators. 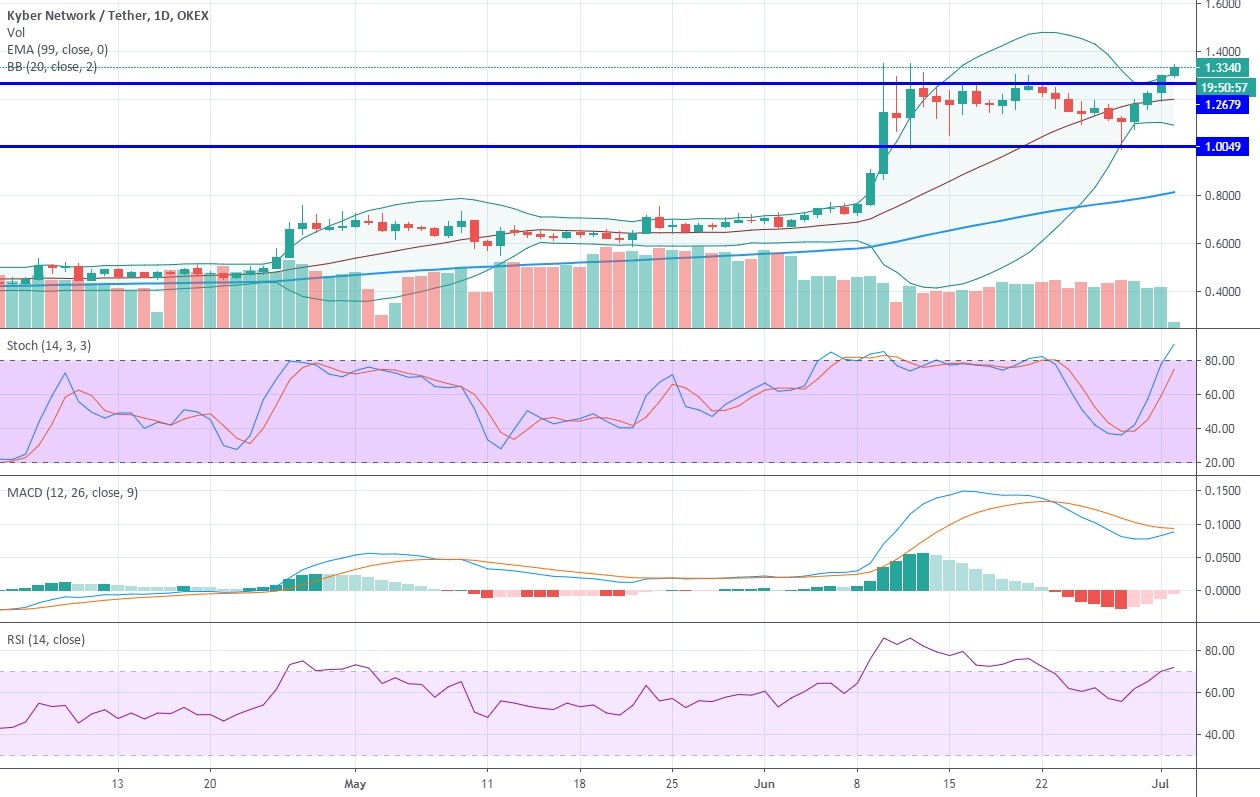 We predict that Kyber Network will rise above $1.4 during this upswing, and could even have a quick sprint to $1.7, although it is likely to penetrate that level only with a long upper wick. The finalization of the ongoing bull rally will occur in the area between $1.45 and $1.5, followed by the retracement to $1.3.