The cryptocurrency that is a centercore of the blockchain-based ecosystem for instant payments and exchange of digital assets - Kyber Network - belongs to the group of mid-ranked coins that actually display signs of revival after the prolonged consolidation that followed the price degradation across the entire market, also known as the crypto winter. 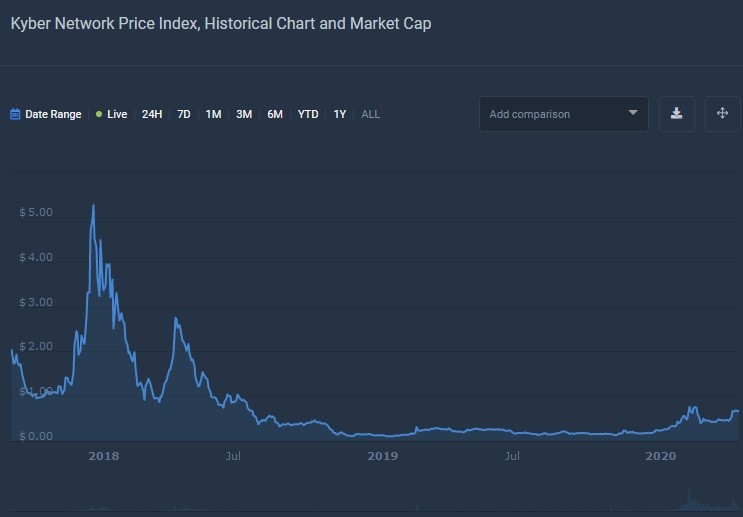 The all-time chart shows that starting from around November 2019, KNC began to gradually move to the upside, whereas the majority of cryptocurrencies of the same caliber mainly remained flat during that period of time. Evidently, there is an underlying buying strength in that market, although it appears to be revealing itself by piecemeal, especially after the so-called coronavirus crash of mid-March.

Another positive notion regarding KNC is that the aforementioned crash didn’t result in a nosedive to the all-time low as it happened to many other coins. For your information, the deepest bottom for Kyber Network was recorded in February 2019, when the price was at $0.116. However, that is a mixed blessing, so to speak, because while signifying the overall bullish sentiment in this market, it also means that the probability for KNC to get trapped into the downtrend is higher than for those coins which bottomed out from the all-time low zone.

The bullish flag will show the way

Kyber Network has embarked on a different path towards recovery than most other cryptocurrencies because, after the instant capitulation, which had eaten up a staggering 64% its value, KNC didn’t perform a prompt bounce to the upside, but instead, made a couple of higher lows, followed by two weeks of consolidation with $0.4 being a tight support line.

Please note that at this particular junction, KNC showcases a certain behavioral pattern, characterized by relatively short bursts to the upside that last for three to four days, followed by a protracted period of consolidation. The last such burst took Kyber Network to the upside by 40% to form a pole of the bullish flag pattern, which is currently in development. 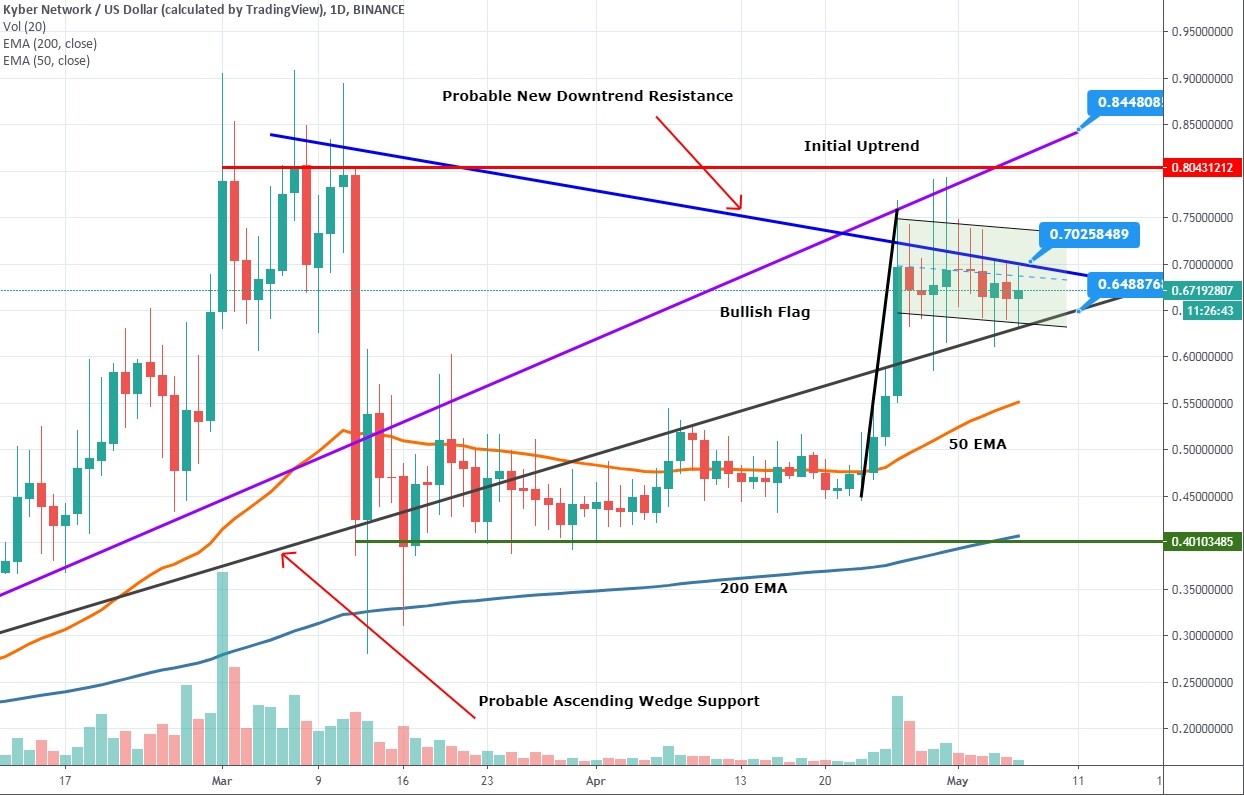 The way the price action is going to resolve this flag formation is of the utmost importance for further developments in this market because, as of now, it stands at the crossroad with three possible directions being in play.

The first one is the initial uptrend (colored purple), which took roots in the first half of January and the structure of which was broken due to the crash. If Kyber Network manages to recover above this line, traders should seriously consider going long on that coin since that uptrend would persist with the newly-acquired bullish power. The point of breakage of that particular line lies at $0.84.

The second scenario is of the bearish nature, which would come into play if KNC fails to breach the resistance at $0.7 and resolves the bullish flag to the downside. In that case, traders will see KNC being pulled down to the 50 EMA, which presently serves as macro support, and then to the 200 EMA that converges with the aforementioned support at $0.4. The realization of that scenario would confirm the trend reversal signal that flashed when the price action had drawn the triple top earlier this March.

The neutral scenario provides for KNC bouncing from $0.64 to the upside but showing the inability to breach the macro resistance at $0.8. Should that be the case, Kyber Network would enter a prolonged period of consolidation with a bearish outlook.