There are cryptocurrencies on the market which used the recent crisis as a trampoline with the help of which their price jumped to new trend-setting highs. THETA could serve as a great example of such explosiveness. Other coins, like Bitcoin Cash, have gone completely stagnant and display no price action that could tickle the nerves. And there is the third kind, the coins that are quietly and persistently making their way to the upside, like an old funicular.

ICX is bullish, though the momentum is fading

A brief look at the 3-month chart tells us that ICON is in the process of slow recovery after the market capitulation in March. We lay particular emphasis on the word ‘recovery’ because the price is yet to encounter a stern horizontal resistance, like the one at $0.38. By far, the price has been grinding through the Fibonacci retracement levels, actively interacting with each such level, which leads us to believe that the next area of active price action lies between the level 0.786, or $0.35, and support that will most probably emerge at the median support line, marked purple. The price target for that move is at $0.285. 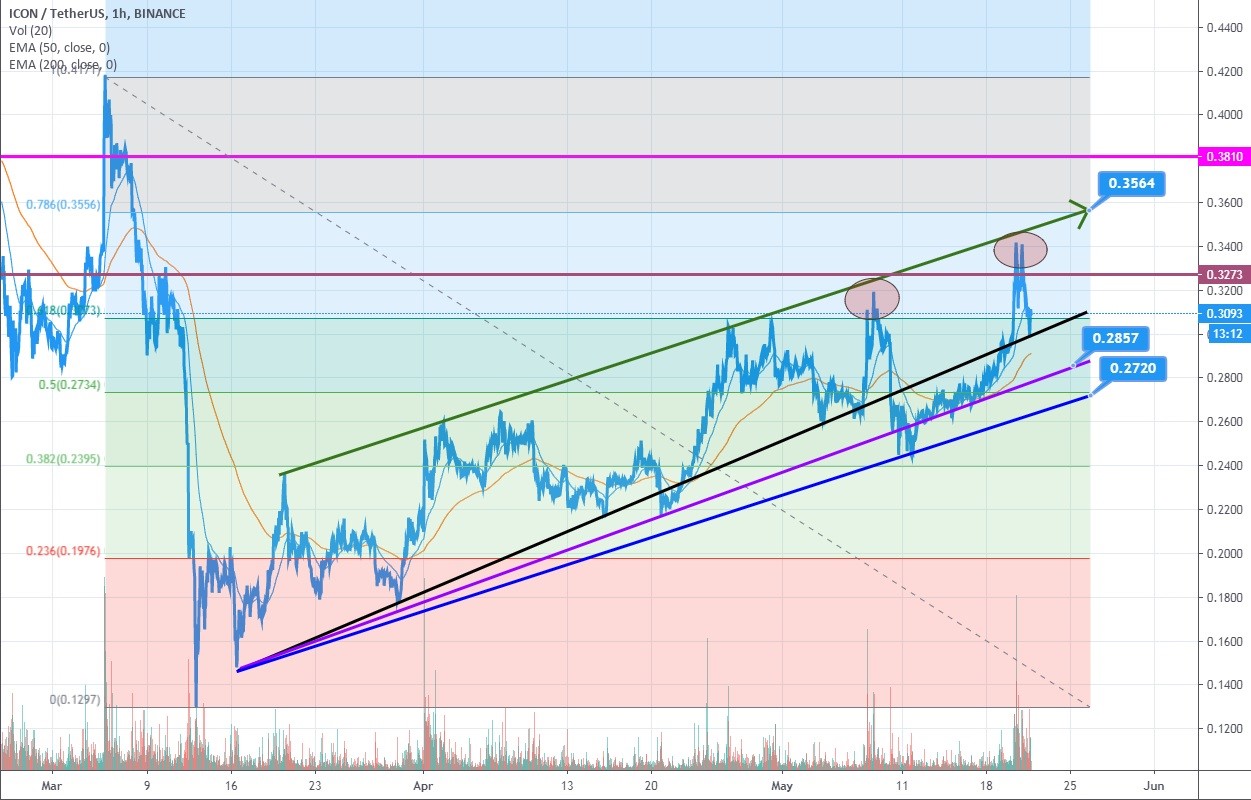 The reason why we chose that particular resistance line lies in the fact that when ICX retraces, it tends to dive briefly below the 200 EMA and then emerge for another price swing. The said exponential moving average is aiming for the upper support line (marked black), so the drop below it and towards the mentioned price target is to be expected. In the moderately bullish scenario, the price bounces diligently off $0.285 and goes to test 0.786 on Fibo. If being optimistic, ICON would go for the historical resistance at $0.38 straight away.

However, judging from the way the market began to bend over the course of this month - notice the shrinking distance between the last two higher highs and the deepening retracements - we believe that the bullish momentum is slowing down, so ICX is likely to go into a range after the next one, maybe two, upswings.

It is important not to disregard the possibility of a bearish turn of events, in which case the price won’t be able to establish a foothold above $0.327, from which it has already been rejected, and subsequently, initiate a pullback all the way to $0.27, after which the structure of a minor uptrend will have been broken. Should that occur, traders could see ICX driving all the way down to $0.26.

Therefore, if you went long on ICON at around $0.22, thus already made a profit, consider placing a stop-loss below the median support at $0.28 to make sure you don’t get stopped out when the market adheres to our main scenario.

But when paired with BTC, ICX is far from being bullish, even to the slightest extent. After a massive February pump, the price went into a long and equally steady correction that is slowly pushing it below the 200 EMA, hence discouraging any hopes for the bullish intervention. 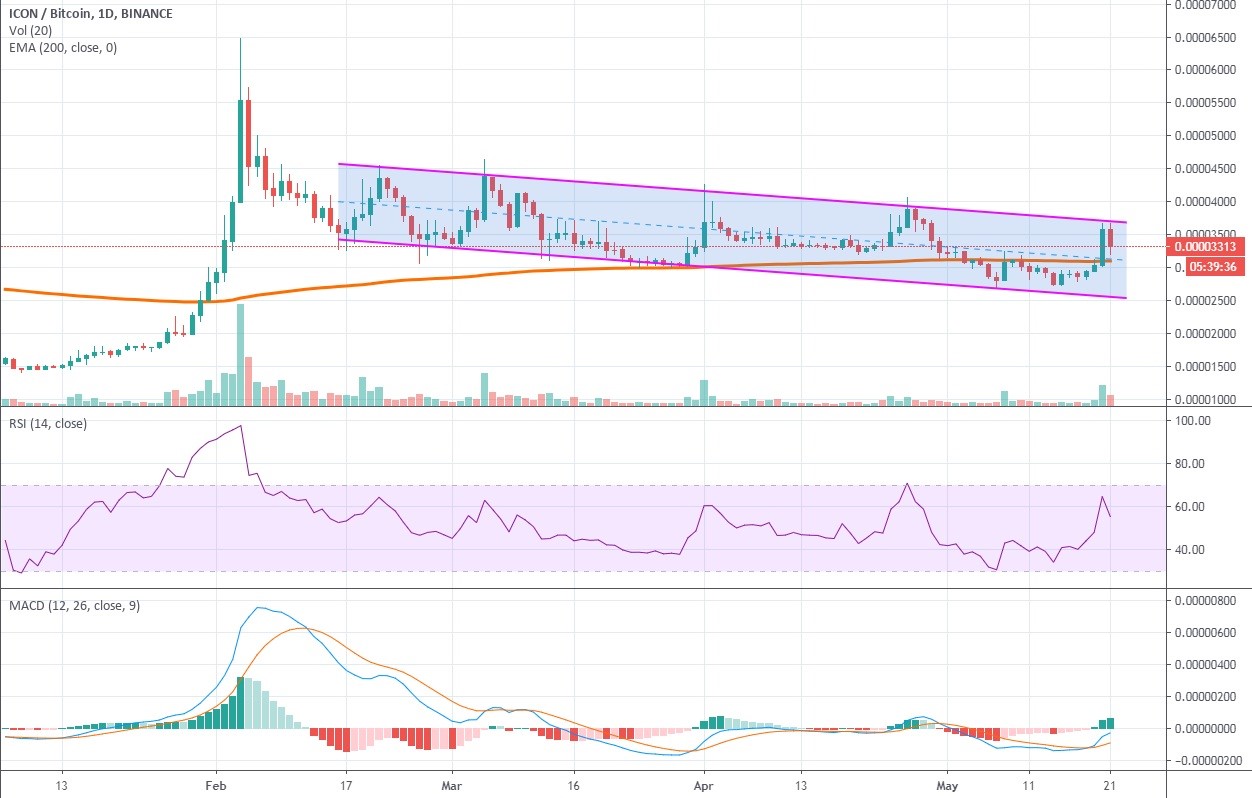 As soon as the bears apply the next round of pressure, the price will drop to 2,500 satoshis, thus marking the completion of ICON’s entrance into the bearish zone. This almost inevitable move would come on the back of the declining RSI and MACD that is likely to fail to go above a zero line.