Even though ICON (ICX) has been lying flat on the macro-level for more than two years, as shown on the all-time chart below, there is actually a glimmer of hope for those who expect significant bullish price action on the part of this altcoin. 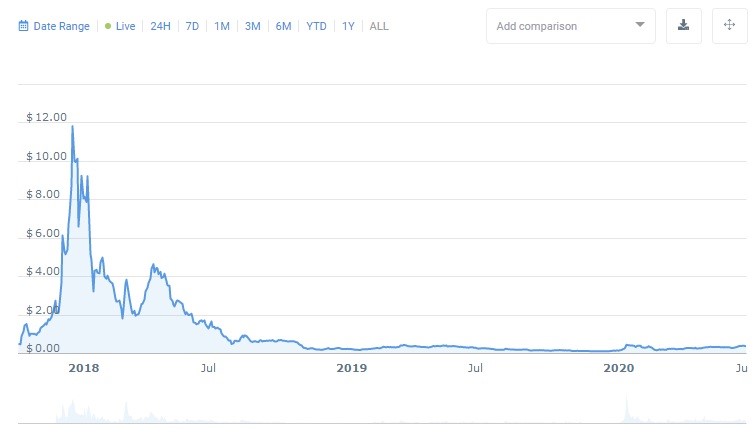 In fact, the price had made an attempt to initiate a secondary uptrend during the first two months of 2020, but a significant bull rally was disrupted by the coronavirus pandemic but didn’t stop it altogether. The yearly chart reveals that the downtrend that lasted since 2018 might have made a sharp reverse in the very first days of 2020, and now traders are witnessing how the uptrend unfolds and keeps plotting to the upside. 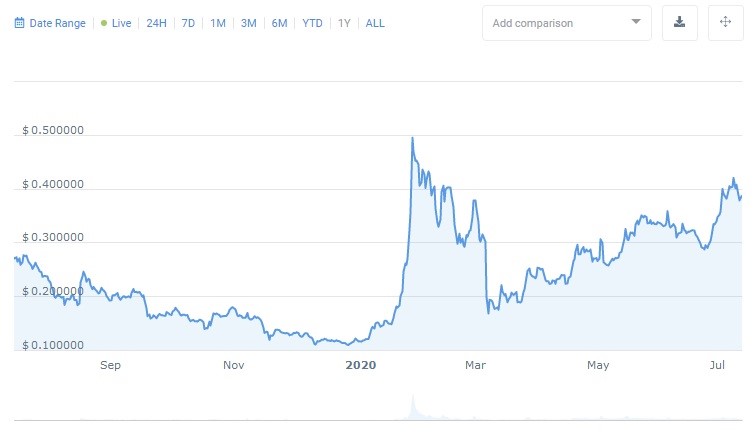 Over the past twelve months, the USD value of ICON increased by 53%, which is a much better performance compared to the top-ranked altcoins like Ripple (XRP) and Litecoin (LTC). A quick reminder, ICX is currently ranked 44th, with the market capitalization of $223 million that also got a big boost.

The buyers appear to be in control in this market, judging from the way they maintained the uptrend even after the bears made a big dent in the otherwise picture-perfect rising channel, and drove the price below $0.3 that could also be viewed as a bear trap that might have forced the unseasoned trader to exit their position prematurely as the price reversed and kept on chugging to the upside. 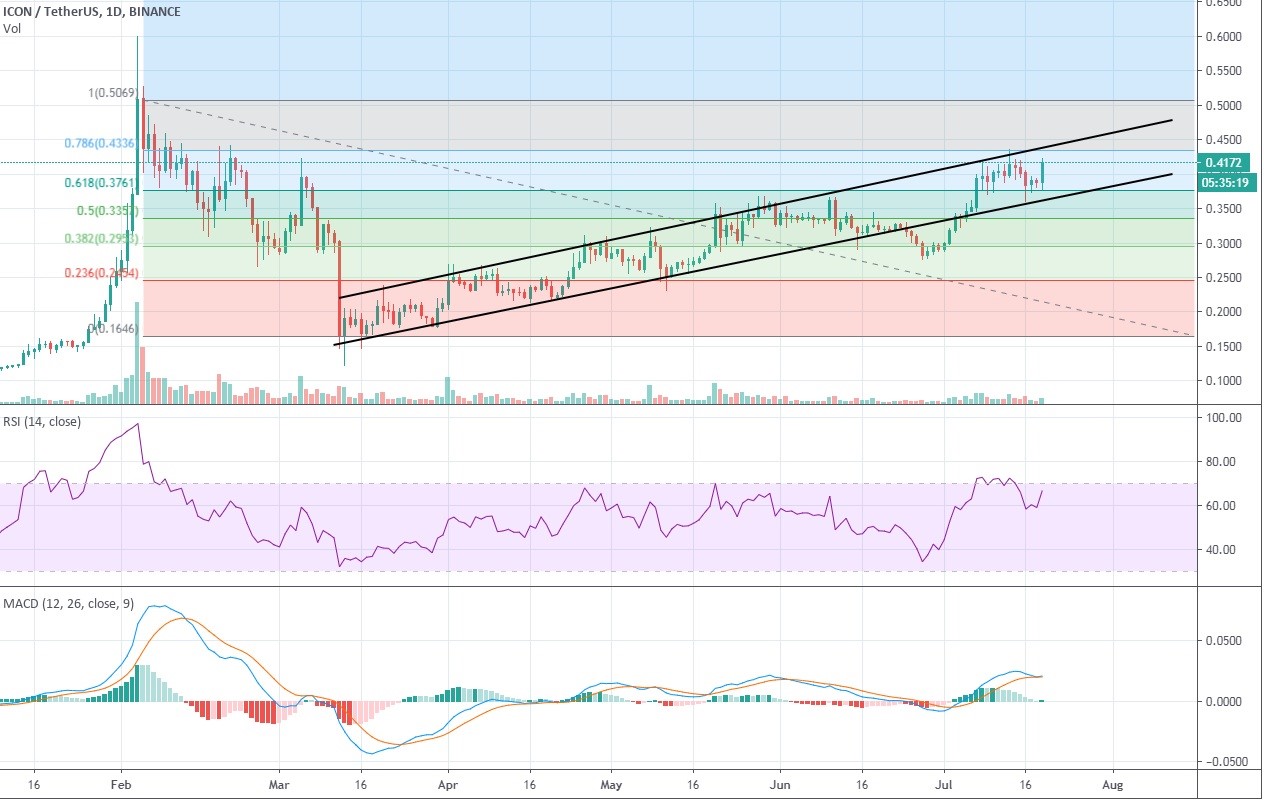 Actually, ICON seems to be providing comfortable conditions for scalping or short-term swing trading since the price volatility range had rarely exceeded 30% during the present cycle. Besides, ICX has been very responsive to Fibonacci retracement levels, using them regularly, either as support or resistance.

Right now, ICON is gridlocked between 0.786 and 0.618, the levels that converge with the historical areas at $0.37 and $0.43. It is inherent to this altcoin to go into a protracted retracement after each substantial upswing, associated with a drop in trading volume. Therefore, we predict that ICX will be ranging between the determined price level for the next 20 to 25 days, the average weighted duration of each consolidation phase.

There is a probability of another deeper-than-usual trough to $0.33 (0.5 on Fibo), mainly because MACD has come close to making a bearish crossover. The 14-period RSI has been mostly in line with the price action, without any noteworthy divergences, while refraining from invading the overbought region.

We predict that ICON will maintain the bullish stance in the next two to three weeks that will allow the altcoin to break past $0.45 and test the previous high at $0.51.

Contrary to the behavior in the USDT market, ICON has had a modest performance in the pair with Bitcoin. The enormous rally from 1500 satoshis to 6500 sats, which lasted less than a month, ended in a tedious consolidation near the support area at 3122 sats and resistance at 4154 satoshis. 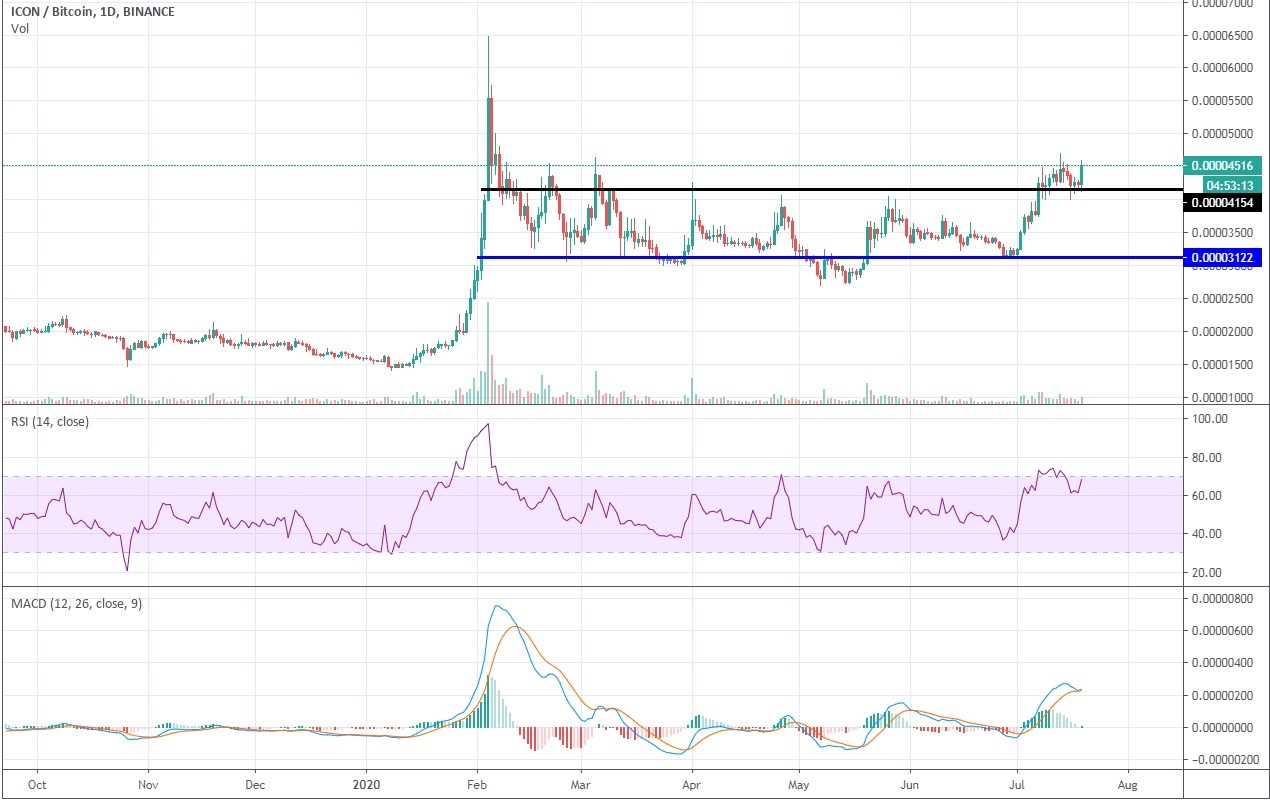 However, the price seems to have established a foothold above 4154 sats on the back of the rising RSI and bullish MACD, which gives us the reason to expect ICX to burst to 5500 satoshis, although the bears are likely to succeed again in containing the bullish charge.