It’s hard to argue the fact that the coins and tokens based on the Ethereum network, and related to the concept of DeFi, are on a roll at the moment, while digital currencies that run on different blockchains, such as BitTorrent (BTT) that stems from the TRON blockchain, can’t boast any mouth-watering gains and display comparatively weak price action.

Nevertheless, BTT remains the token suitable for profitable trading, especially if chasing huge pumps doesn’t constitute your trading style, because it demonstrates a surprisingly stable average daily trading volume that fluctuates moderately between $25 million and $46 million. It means that the market has a steady pool of participants, which, in turn, provides for more predictable price action.

Preparing for a potentially big move

At the moment, there’s no news about any upcoming system upgrades, or any other impactful initiatives, coming from the BitTorrent team, so traders shouldn’t be relying too much on fundamental analysis right now to make BTT price predictions. The historical chart reveals that the token has had a decent 170% bull rally since the market meltdown in March, although it couldn’t help the price get to past an absolutely crucial resistance at $0.0006, where it also tripped and fell during the rally at the beginning of the year. 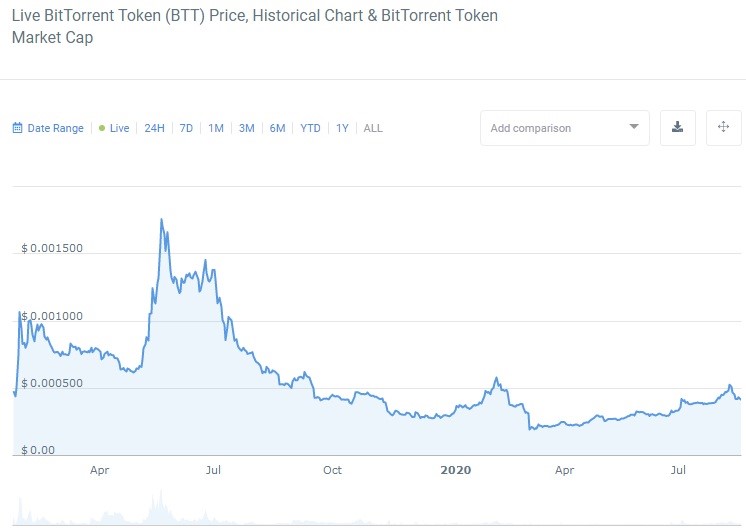 The all-time chart also shows us the first potential price target around $0.0007 that constituted a distinctive magnetic point during the last major bullish cycle in 2019. Given how laggy BTT is with regard to the rest of the altcoin market, we reckon that the price won’t go past that level in Q3 of 2020, even if the sentiment throughout the market will remain greedy.

The weekly time frame, however, shows that bulls appear to be preparing to launch an assault on the resistance level at $0.00053, having tested that level twice. It looks like it won’t occur this week as the coin is trading at $0.00046, some 12% away from the resistance that also happens to converge with 0.236 Fibonacci retracement level. 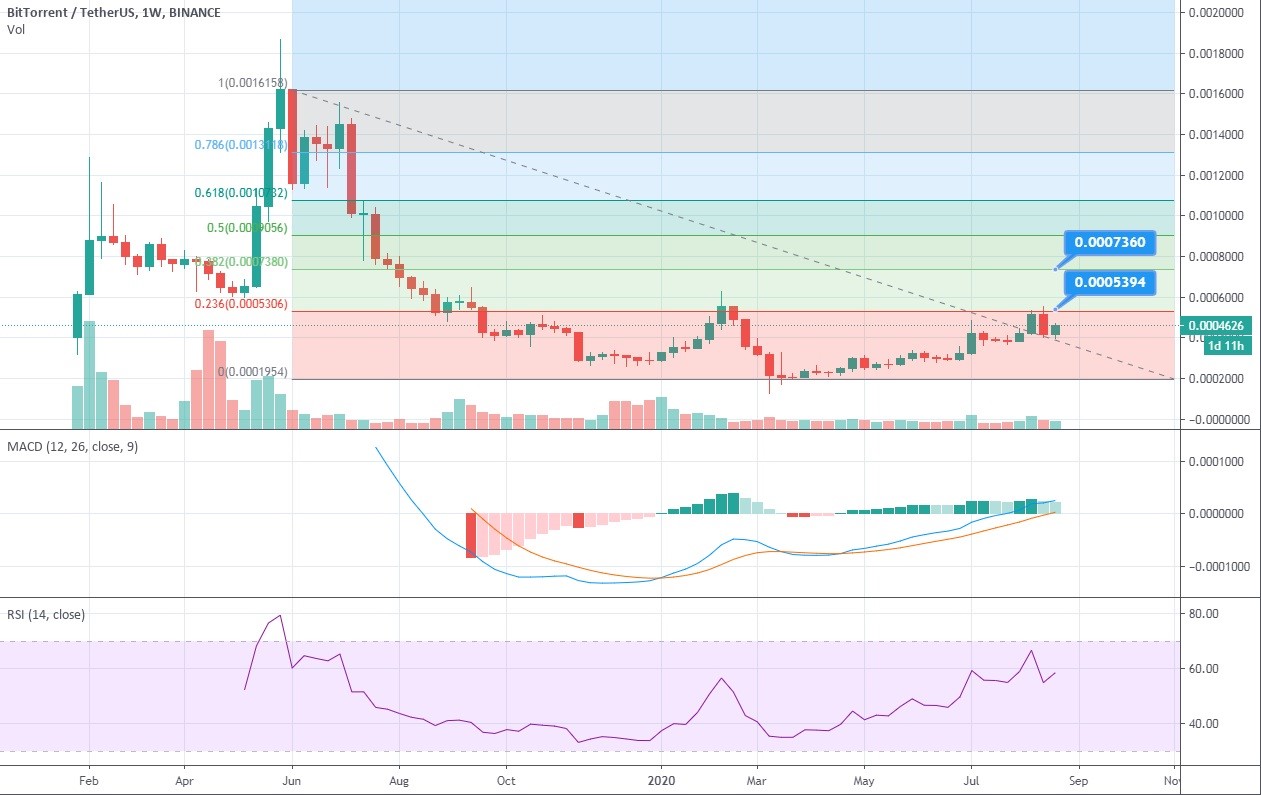 You can see for yourselves that BitTorrent has been trapped at the lowest level of the Fibonacci retracement grid for many months, but as the indicators show, the buyers could be prepared to make a decisive push to the upside that would break this vicious circle of consolidation.

The only thing that should concern traders who want to go long on BTT is a lack of significant buying volume that is the main prerequisite for a successful breakout. Our concluding price prediction is that BTT will rise above $0.00052 eventually, and could rally on the back of positive momentum, to the next Fibonacci level that aligns with  $0,00073, which is our next price target.