BitTorrent (BTT) had spent the entire summer being engaged in a moderately energetic rally that helped take the price up by 75.7% in 70 days, until it encountered a vigorous resistance from sellers at $0.00053, the price level that aligns with 0.236 on Fibonacci retracement grid. 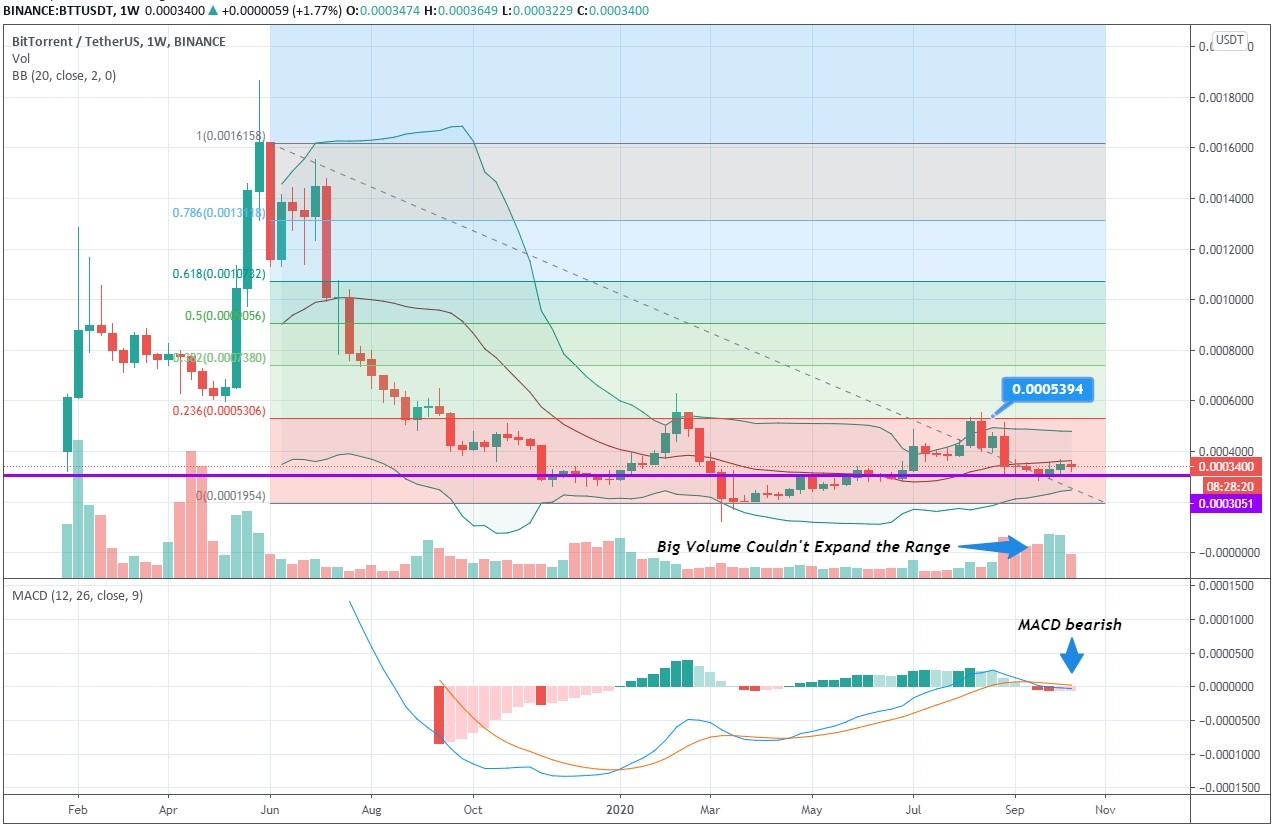 The said level of resistance has proven to be impenetrable as the price rolled back by 48% in a little over a month, thus proving that BitTorrent is currently incapable of performing any major moves to the upside.

At the moment, BTT is priced at $0.00034, having gained 1.77% in the past 24 hours and 12% during the last month, but still hasn’t shrugged off the bearish burden. Since the beginning of the year, BitTorrent has been doing nothing but making mean reversions on the macro level that always ended up with the price being magnetized to $0.0003, where it had spent some time consolidating before making a minor rally.

What’s next for BTT after consolidation?

‘Even more consolidation’ would probably be the most straightforward answer to that question because BitTorrent currently has no prerequisites for sustainable uptrend that would take the price at least a couple of Fibonacci levels to the upside. The latest influx of trading volume could help push the price outside the tight range between the middle line of Bollinger Bands and $0.0003, which is a clear sign that the market participants are indecisive regarding where they want the price to head next.

And while it is clear that if BitTorrent breaks the support at $0.0003 to the downside, while MACD would simultaneously go into the bearish control zone, the probability of another significant price drop: either -27% to $0.00024, and also to the lower band of BB, or -44% to $0.000195, the price level that was seen in March, would be close to 1, speaking in mathematical terms. It is still possible, of course, for the price to bounce off the support line, but it is unlikely to go farther than the upper BB line. So, if you are okay with going into a trade with a 1:1 win/loss ratio, then BTT/USDT would be a suitable market for it.

On the daily time frame, though, we do see a bullish signal in the form of the ascending triangle pattern that has been building itself up since the second week of September. 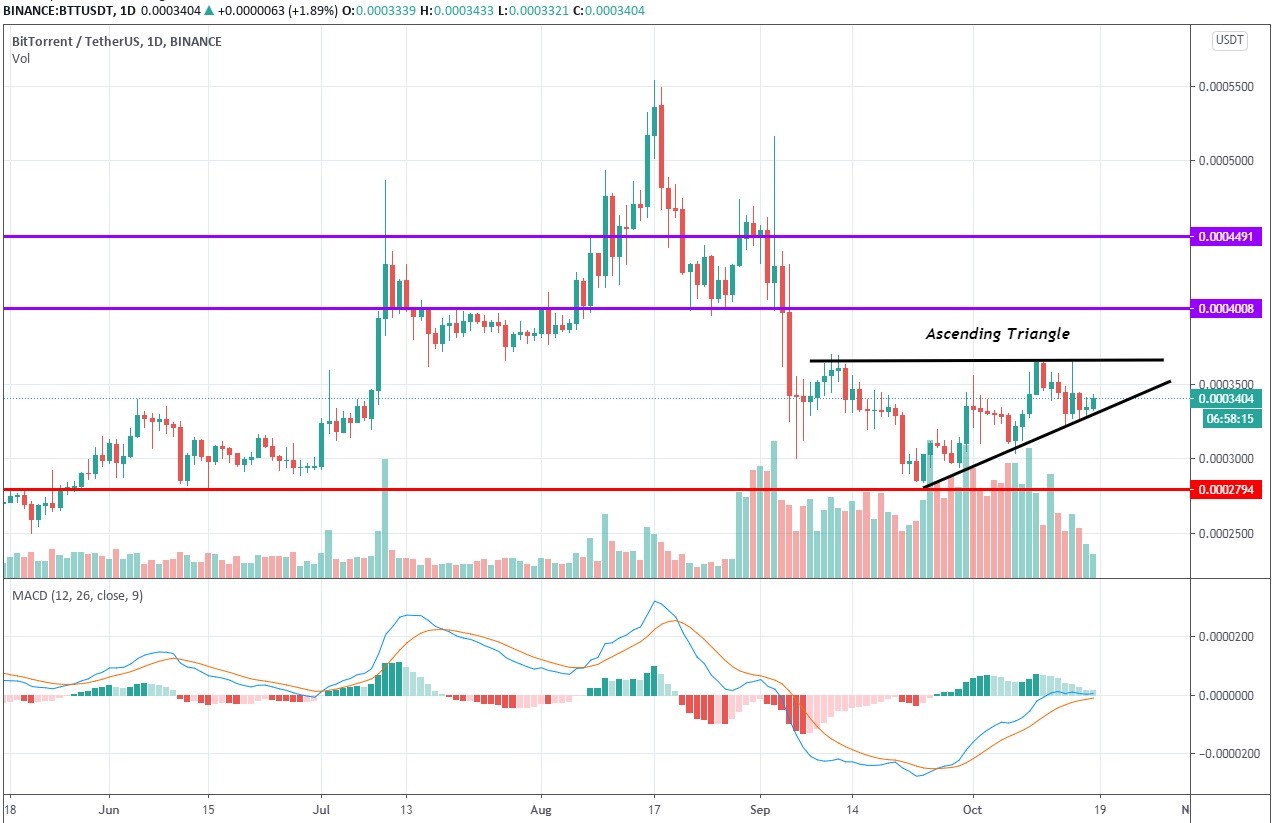 However, in order for the triangle to play out to the upside, we need to see the confirmation from MACD, more precisely, the indicator’s MACD line being rejected by the signal one to the upside and into the bullish control zone that almost always entails a rally of a certain scale. In this instance, we anticipate BTT to jump either to $0.0004 or $0.00044, depending on the strength of bullish momentum and the incoming buying volume. But given BitTorrent’s bearishness on the macro scale, the triangle would get resolved to the downside if MACD gets rejected at the zero line. In that case, we expect the price to decrease to $0.000279.