Kava: On the Brink of Making All-Time High

The coronavirus market crisis has thrown KAVA completely off balance and flung the price from the already established range between $0.8 and $1.23 straight to the all-time low at $0.29. Just a quick reminder that Kava is a young cryptocurrency that was released on Binance Chain and listed on the corresponding exchange platform in October 2019. 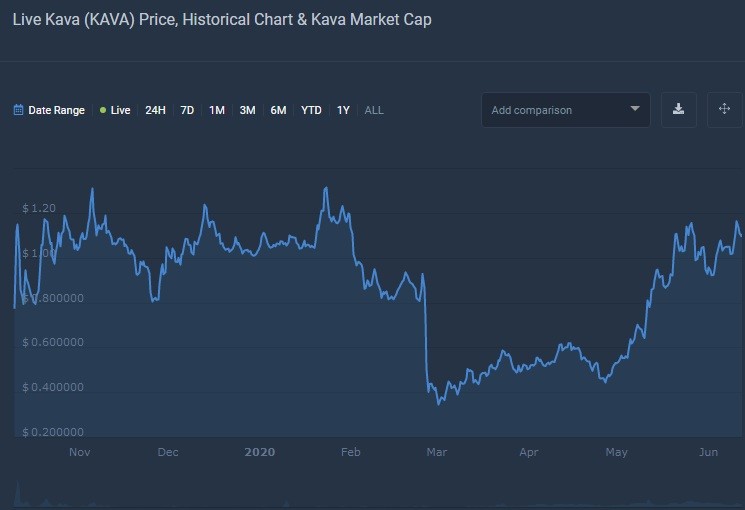 The COVID-19 panic sale delivered a heavy blow for the nascent cryptocurrency but, as you can see, it has dealt with it successfully, despite taking a long time to consolidate before making a recovery to the previous price range and restoring the positive all-time ROI, which currently stands at 143% - a decent performance on the part of the coin that saw the world in the midst of the lingering bear market and right before another financial crisis, caused by the global pandemic. Kava has also been doing relatively well over the past 30 days, as shown in the gaining profile below.

The bears kept the price under the lid for nearly two months after the March meltdown, until it finally made a decisive swing to the upside, which ended in the 160% bull rally that carried the price back above the psychological level at $1.

Just hang in there, KAVA

Even though KAVA has made a successful return trip to $1, it hasn’t established a firm foothold at that critical level, which still leaves the possibility of a considerable 20% dip to the 99-period EMA. The price has already taken a dive below the support line, but was reversed at $0.9 and taken back above that macro resistance.

It is of the utmost importance for traders to monitor Kava’s price behavior at that junction, given how close it is to the all-time high that presently stands at $1.43. As of the time of writing, the KAVA price is at $1.11, only 22% away from the historical peak. Since there are virtually no significant areas of resistance left for Kava to beat, the next swing to the upside could take no more than two or three daily candles. 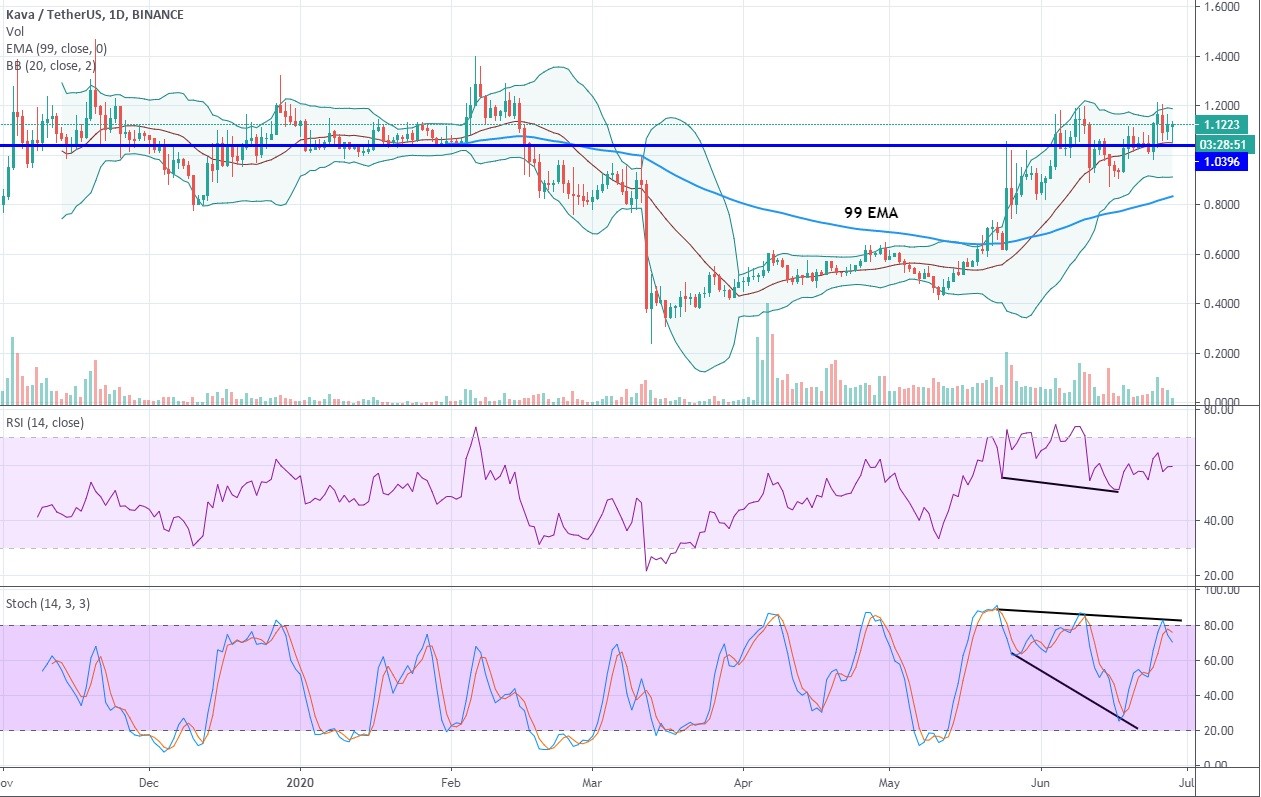 However, the fact that the price has bumped into the ceiling at $1.2 tells us that the bulls could have taken the foot off the gas pedal, and KAVA could be preparing itself for a long period of consolidation at the present comfortable level, given the long-term moving averages, such as the 99 EMA, a chance to pull up closer to the support level, thus further enhancing it.

Unfortunately for those who want to see KAVA make a new all-time high in the immediate future, there are several bearish signals provided by the indicators, which give us an idea that the retest of $1.2 could have created the double top, which is the bearish reversal pattern.

We reckon that the buyer will be able to hold the price above $1, but the sprint to the all-time would occur only after the consolidation. The bears could give the price another push to the downside, but it won’t make any lasting impact.

KAVA: Another Upswing or a Deeper Pullback