KAVA: Another Upswing or a Deeper Pullback

In another episode of insane gains series, the DeFi token Kava (KAVA) has got Bitcoin (BTC) beaten by 63% to the upside in a month, while the altcoin’s main companion Ethereum (ETH) was left in the dust as Kava rallied 33.8% against it. But the largest gains from the last month were recorded in the USD market where KAVA got a nice 72% boost.

The historical chart below confirms that KAVA remains relentless in its strive to make ATH at every upswing, though at the moment, it’s going through the retracement phase that might run its course soon because of an upcoming fundamental improvement. 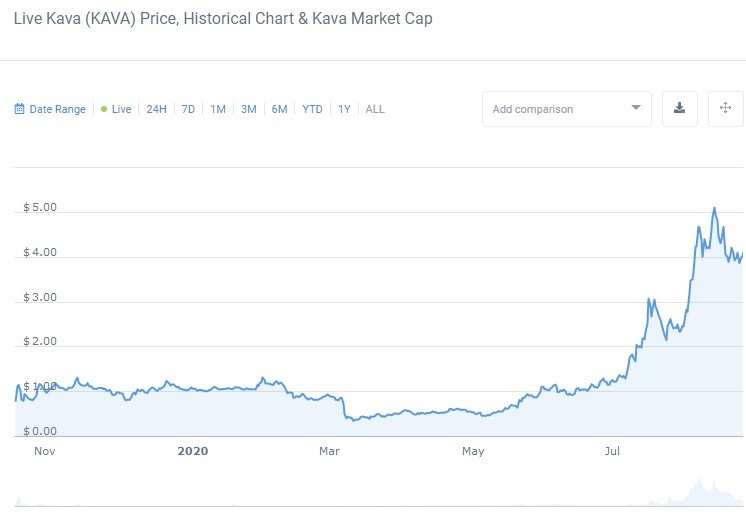 On August 31, the team will launch the Kava 4 “Gateway” Testnet that is going to provide amendments to network functionality. Certainly, this isn’t the type of fundamental upgrade that would take the price to the Moon, but given the pace at which the buyers are pushing KAVA to the upside, traders could count on seeing at least 10% gains on the day on the backdrop of this news. But should the market react to the testnet launch more enthusiastically, traders could see these predicted gains tripling as KAVA still has a task at hand of making a new higher high, which is presently 22% away from $5.5, the peak of the preceding upswing.

Another upswing after bullish checkmate?

The situation on the daily time frame tells us that KAVA has dealt well with the pushback on the part of the bears as the price managed to hold its ground above $3,78, thus forming a healthy retracement that is likely to have finalized itself after the emergence of the bullish checkmate pattern that’s evidently being resolved to the upside as we see the last candle of the pattern engulfing the preceding spinning top, whereas the following bullish candle has opened up with a gap, all of which serve as a major prerequisite of the breakout to the upside that should occur near $4.53, the closest level of intense price interaction. 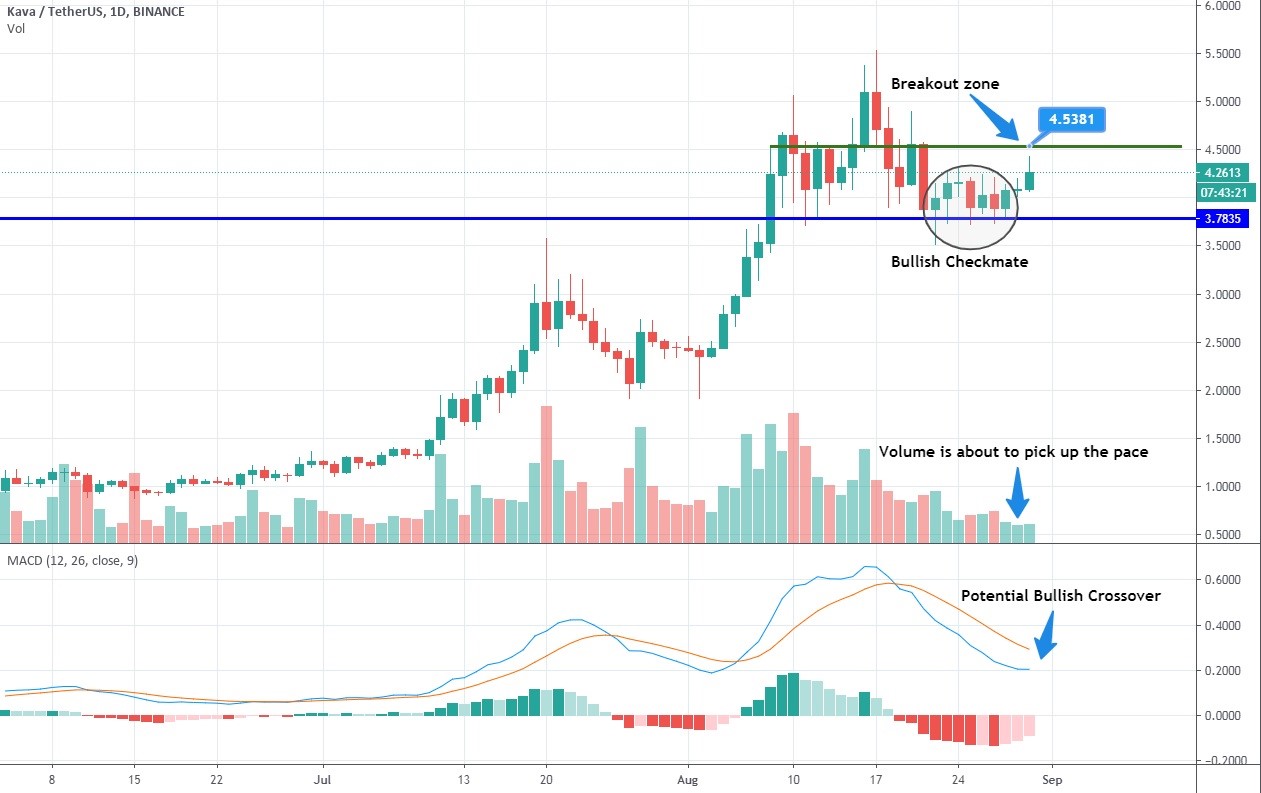 Aggressive traders could opt for a long position right now, while the upswing is still brewing, although it would bear higher risks. In that case, it is advisable to place a stop-loss in close proximity to the support at $3.78. But a more disciplined approach implies buying KAVA after the breakout is confirmed, and the price retests $4.27.

Bears could still put up a fight and deny the breakout to pressurize the price to $3, the last price level that corresponds with the uptrend structure. If the price bounces off that level and gives reverse signals, such an engulfing bullish candle, that might be a good entry point for a long trade as KAVA is likely to continue its bullish journey as the DeFi saga is far from being over.

Kava: On the Brink of Making All-Time High