Presently, Bitcoin and other well-established cryptocurrencies maintain a semblance of price activity. In reality, they have bumped into the unbreachable ceiling - in the case of Bitcoin, it’s $7400 - and seem to be waiting for the bears to come and push them down a notch. In this dull environment, traders should devote some of their precious time to discovering and studying young coins that could provide sizable benefits in the future.

Certainly, one shouldn’t expect immediate profits from cryptocurrencies like Kava (KAVA), not until the coronavirus pandemic wears off, and the gears of the global economy will start churning again, giving both traditional and cryptocurrency markets a much-needed impetus. But a foresighted trader must supplement his portfolio with coins that hold good upside potential, such as Kava.

KAVA is a cryptocurrency that fuels a blockchain platform for Decentralized Finance (DeFi), particularly collateralized loans, decentralized leverage, and financial operations with other cryptographic assets, such as Bitcoin, Cosmos, and Ripple. It also acts as a staking asset on the Customer Data Platform (CDP), and grants voting rights to the holders. Therefore, KAVA should be a good addition to the trading portfolio of those who are focused on the DeFi-related cryptocurrencies.

As already mentioned, Kava is a relatively young cryptocurrency that was first listed on major exchange platforms in October 2019. It means that the price of this coin hasn’t yet been influenced by the hype that accompanies bull rallies in this market as it had a relatively stable and accurate price flow since the time of its listing until the market’s nose-down pitch in mid-March. 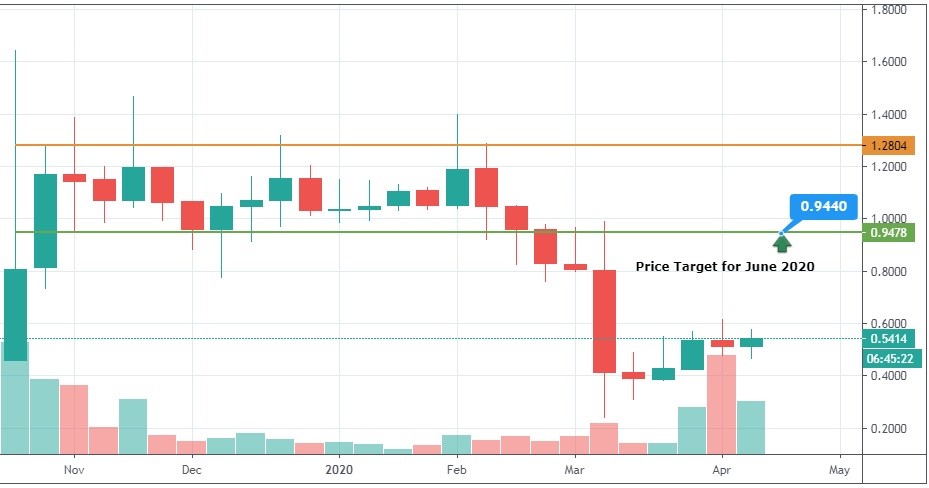 After the initial price burst, which usually happens when coins become tradable, KAVA had found its place inside a horizontal channel between $0.94 and $1.2. By the way, it was the time when Kava reached the all-time high at $1.61 on Binance and $1.43 across other exchanges. Even though the 144th currency went through its first market crash, it pulled away from that price level only by 63%.

As of writing, KAVA is priced at $0.54, while the market capitalization remains at a stable level of $19 million. Its average daily trading volume of $12 million is quite high for a currency that is ranked 144th - probably because the largest trading activity takes place on Binance. After the crash, we see an increase in bullish volume and a weak reaction to the high bearish one, which leads us to the conclusion that KAVA can easily be pushed to $0.8 in the next four to six weeks. Before June, the price could test the previous support - now resistance - at $0.94, but the success of that endeavor will depend on the general situation in the cryptocurrency market.

KAVA is probably one of those cryptocurrencies that can be recommended for nascent traders since it is quite predictable and rarely makes any overly volatile moves, except for the force majeure circumstances that occurred last month. Right now, Kava is rocking the waves of a minor uptrend that is developing on the foundation of the growing trading volume. 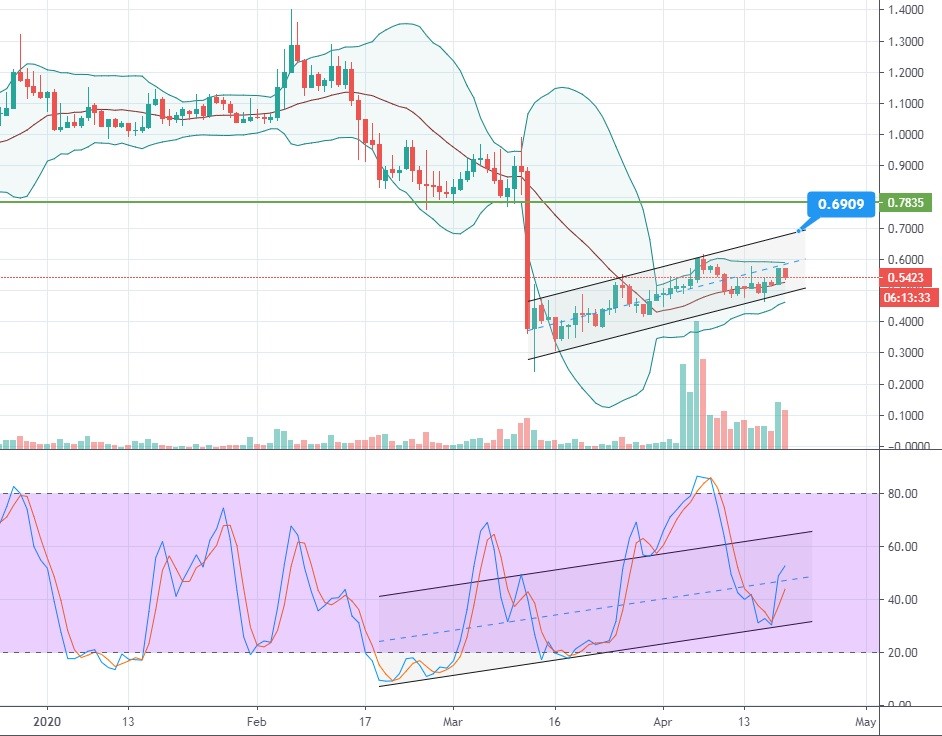 Given that Stochastic, which usually provides reliable signals in this market, has crossed to the upside, and the price is squeezed between Bollinger Bands, there is a high probability that in the next five to seven days, KAVA will reach the upper line of the ascending channel with the price target being $0.69. Another sell signal will be Stochastic hitting the resistance at 65 and reversing to the downside.