In the last Kava (KAVA) price prediction article, we anticipated the DeFi coin to continue its (by then) impressive uptrend if the price breaks above the level at $4.53 on the back of the rising volume, but also advised against making rash decisions and going long on KAVA at that instant - and also suggested placing a stop-loss near $3.78.

Then the September dump happened that had totally negated the efforts on the part of the buyers to keep the uptrend going. Consequently, KAVA dropped by a massive 56% in as little as six days after being rejected right at the point of anticipated breakout, thus saving traders who heeded our advice from being left holding the bag, especially if they had the designated stop-loss in place.

Now, the bears are close to bringing KAVA down to $1.38, the point from which the previous rally had been launched, hence finalizing a complete U-turn. This steep correction might be frustrating for those who were reluctant to sell when the price began to capitulate, but it also presents lucrative opportunities for those outside the market since Kava could be approaching the point of reversal that might emerge near the said support at $1.41 that has previously served as a multi-month resistance, thus being the area of frequent price interaction. 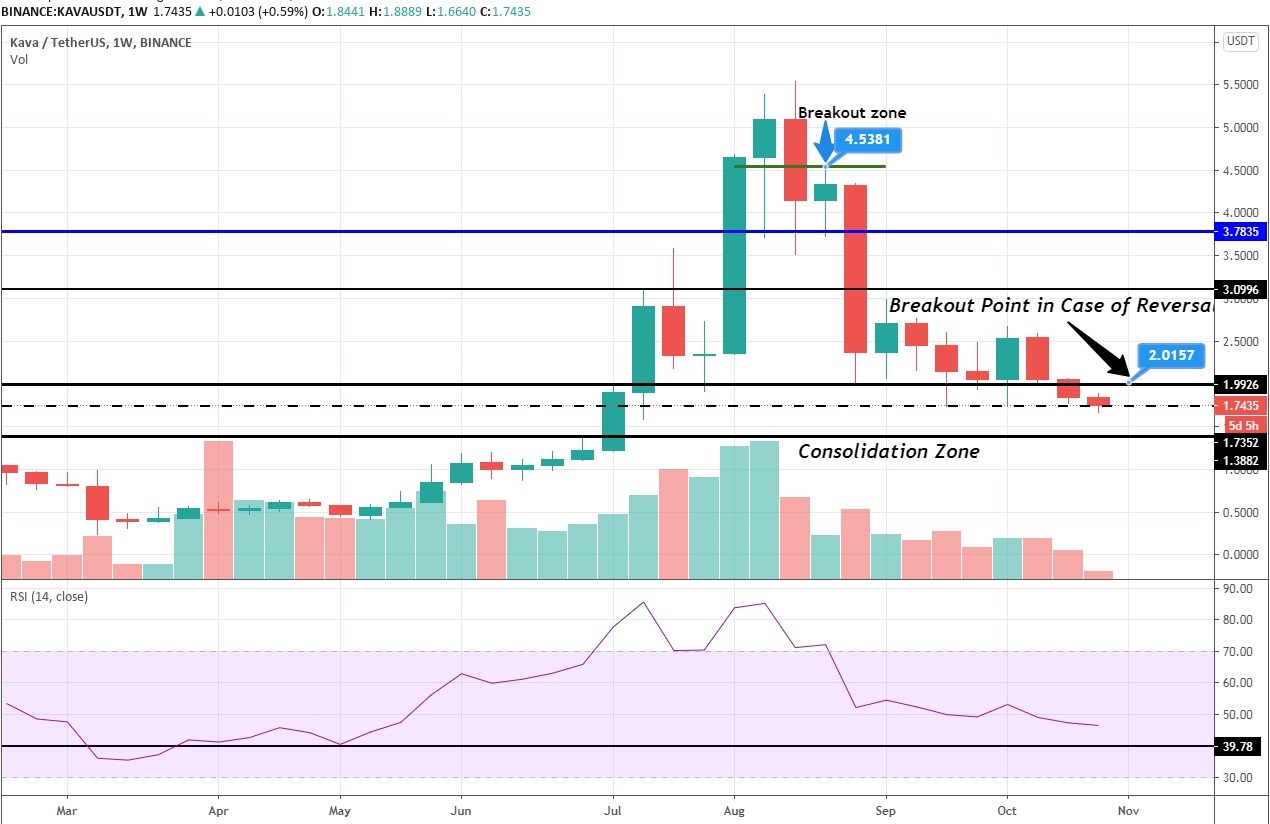 The weekly chart clearly demonstrates the importance of $1.38 for the overall market structure, so rest assured that it will have an impact on the price action. There is very little chance for KAVA to make an immediate bounce to the upside, especially with Bitcoin (BTC) - and its dominance against altcoins - being on the rise. Besides, the 14-period RSI currently shows that the momentum is on the sellers’ side, so further price drop appears to be unavertable.

Therefore, we have two probable scenarios shaping up, the first one implying that KAVA would go into a prolonged consolidation with the probable range being established between $1,38 and $2 (the support level that held throughout September and the first part of October), or $1.73 (the interim resistance that had been reached with lower wicks). If that scenario is to play out, those would be the price targets for range trading.

The second scenario, obviously, provides for an immediate reversal upon bouncing off the support, with the breakout point being set at $2. For that to happen, the RSI has to push off the support at 40 in order to maintain the uptrend and confirm that the momentum will have shifted. 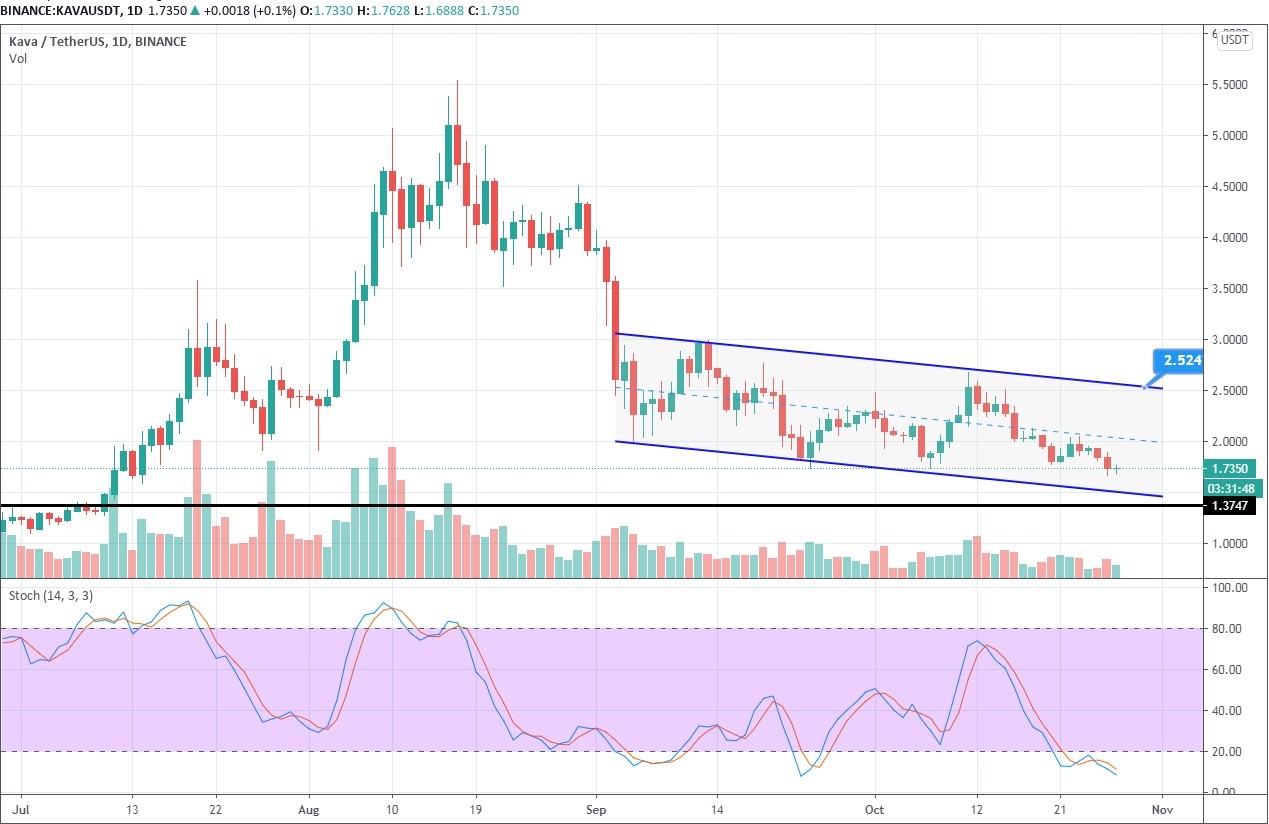 If you are in for more immediate price action, consider trading inside the descending triangle, formed by the price action that began to take shape immediately after the September drop. We reckon that KAVA might have one more push to the upside before it gets pressurized to $1.38 and starts consolidating. Our expectation of a quick spike to the upside - to $2.48 or $2.52, to be precise - is supported by Stochastic that is down in the oversold area, close to making a bull cross. But despite the immediate opportunity to the upside, our mid-term expectation with regard to KAVA is moderately bearish.