In the previous IOST price analysis, we predicted with surgical accuracy the price target at $0.009 on the weekly time, which followed the breakout of a multi-month resistance. 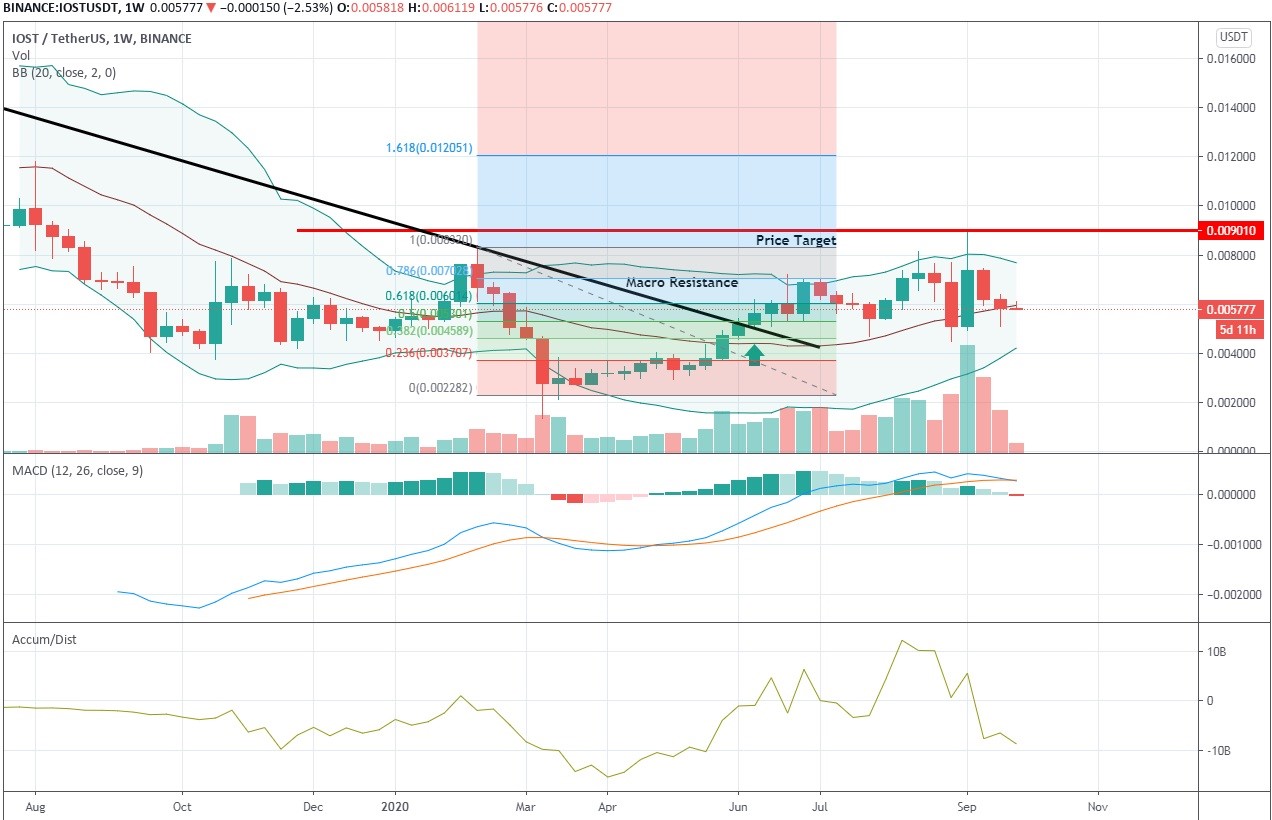 Heading towards the bottom of the range

Kudos, if you followed our advice and offloaded the position at the established price target, but now the time has come to forecast the future developments in this market. But first, let’s review its performance over the past several months. On the yearly scale, IOST still proves itself as a profitable asset since it’s 23% in the green against USD, though it’s all-time ROI is down to -75%.

The coin that represents the blockchain network run on the Proof-of-Believability consensus algorithm had a comparatively good month as its USD value fell only by 11.8%, whereas many other altcoins from outside the top 100 crashed by 50+%; IOST lost to Bitcoin by 6.2% and to Ethereum by 3.3% over the same period of time.

IOST is currently priced at $0.0058 as the result of the 2.15% drop in the last 24 hours, though it had a small 4.6% bump to the upside during the week. The coins market capitalization remains relatively stable, revolving around $90 million, despite the recent turmoil on the cryptocurrency market. We have noticed a substantial drop in average trading volume over the past 30 days from $120 million to $30 million, which might hint at the consolidation mode IOST is about to enter. 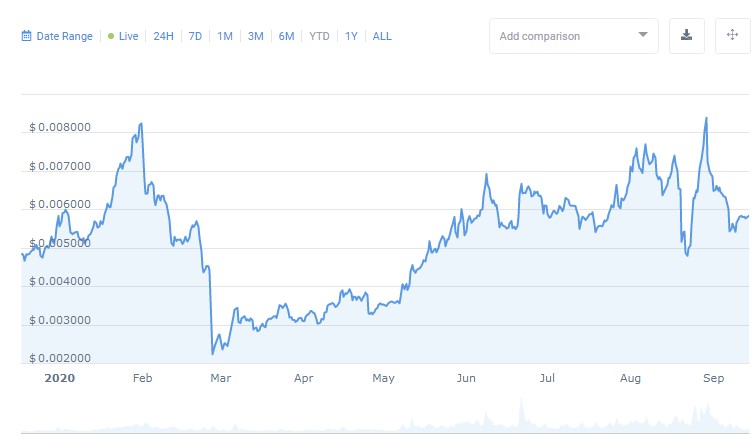 The chart above shows a tough multi-month resistance at $0.8, which IOST failed to breach on three separate occasions - the second one being in March that led to a massive crash to the all-time low at $0.0015, from which the price initiated a slow but steady recovery.

The last retracement, which has already slashed its value by 37%, happened upon IOST reaching the said price target, but the analysis of action on the weekly time frame suggests that the coin mightn’t have fully immersed in the bearish waters, which means that further price fall is to be expected. 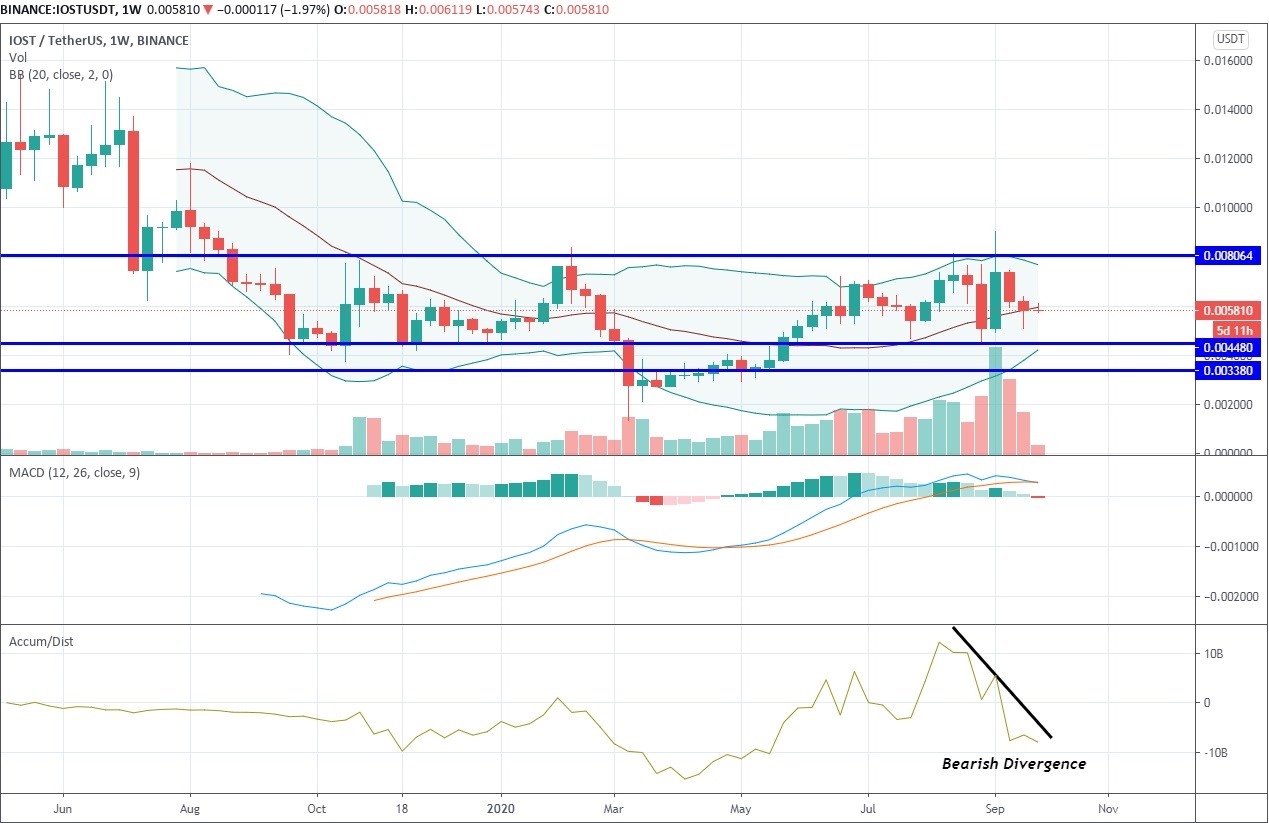