Nowadays, everyone seems to be giving TRON and EOS a lot of credit for coming up with a blockchain solution for the industry of betting and gambling. Indeed, what these two have to offer could even be considered as revolutionary, but, in fact, this space had been pioneered by another blockchain project called Augur, which has the native REP token, short for Reputation.

Augur was established in 2014 by a certified physicist and accomplished software developer Jack Peterson and Joey Krug, who had been involved with several crypto projects before he joined Augur as a core developer.

These two have put together a team that created the first-of-its-kind decentralized betting platform on the basis of the Ethereum blockchain. The main idea was to allow users to bet on the outcome of a variety of events - from sports to elections, and even acts of nature - through buying the Augur shares that fixate a particular outcome. The interesting thing is that bettors don’t have to wait for the actual event to occur as they are free to sell their shares, or buy the additional ones, at any point in time prior to that occasion.

Those who won the bet get rewarded in REP tokens, subsequently creating the prediction market. Augur also introduced software for the automated payouts and the provision of network sustainability.

Initially, the idea became so popular and widely discussed that Vitalik Buterin himself had endorsed Augur and even got involved in a project as an advisor, helping the team write the first smart contract that placed the first bet on record. It only makes sense that the price of REP is in direct correlation with the popularity of the betting platform. Judging from the price performance of REP throughout this year, the Augur platform has been doing all right.

Before getting down to analyzing Augur’s performance this year, and the near-term prospects of this coin, let’s take a quick look at its price history. 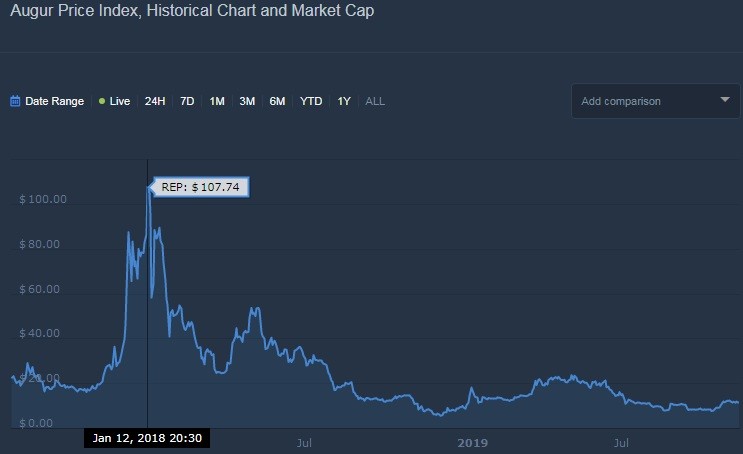 As we can see, REP had thoroughly enjoyed the hype of the tail end of 2107/beginning of 2018, when the price of this cryptocurrency peaked at $107.74 on January 12, 2018, which is a long and steep correction way from its current rate of $11.32, as of the time of writing. Nevertheless, this year has been quite fruitful for Augur so far, as the coin demonstrates the meritable gains of 40.99%

In November, Augur had an intense trip to the upside from the 3-months low of $7.69 in the last week of October to $12.59, registered on November 12, which constitutes an almost 80% gain in less than three weeks. Moreover, this gain happened against the background of the total market collapse, which had been lingering since August. 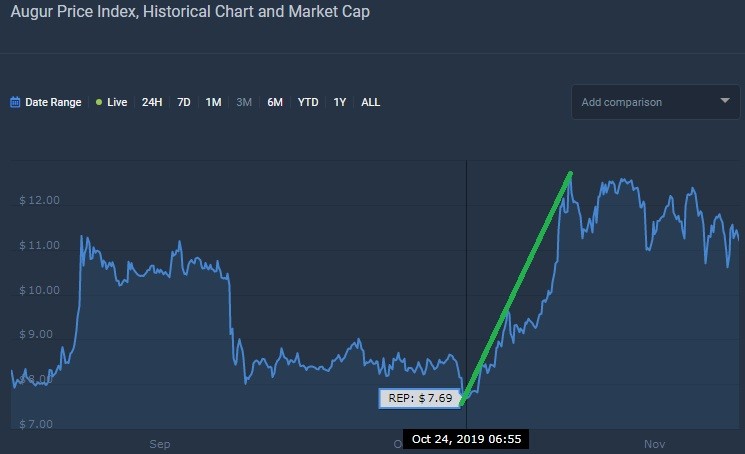 It is evident that Augur has proven to be a hard-gainer over the course of the last few months, a tendency which should persist for the time being. 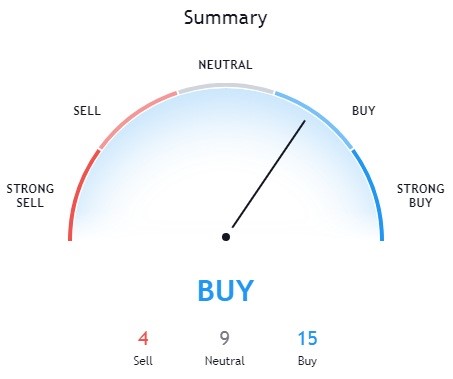 This notion is supported by technical indicators, which suggest that it is the right time to buy some REP, while the moving averages, especially the 30-day exponential moving average, are even inclined to strong buy.