Right after the flash-crash of the cryptocurrency market, which came to be known as Black Thursday, Augur (REP) was doing rather well in terms of recovery, wasting no time and going from this year's low at $4.95 almost to the point of the total recuperation in three price swings. However, that was about all that REP was capable of as its price has bumped into what turned out to be an impregnable resistance level at $11.2, the history of which goes back to August 2018. Having encountered such a huge stumbling block, Augur stopped in its tracks and began puncturing it ceaselessly, but to no avail.

To make matters worse for those traders who nurtured plans on going bullish on REP, the 200-period EMA has slid down right to that resistance line to form another obstacle on the coin's path to the upside. However, there are several signs that point to Augur's intention to finally overcome the opposition from the bears and make a quick spurt to $13.

Even though the bears are applying significant pressure on the price of Augur, the bulls seem to be devising plans to push through the resistance and reach the level of at least $13. 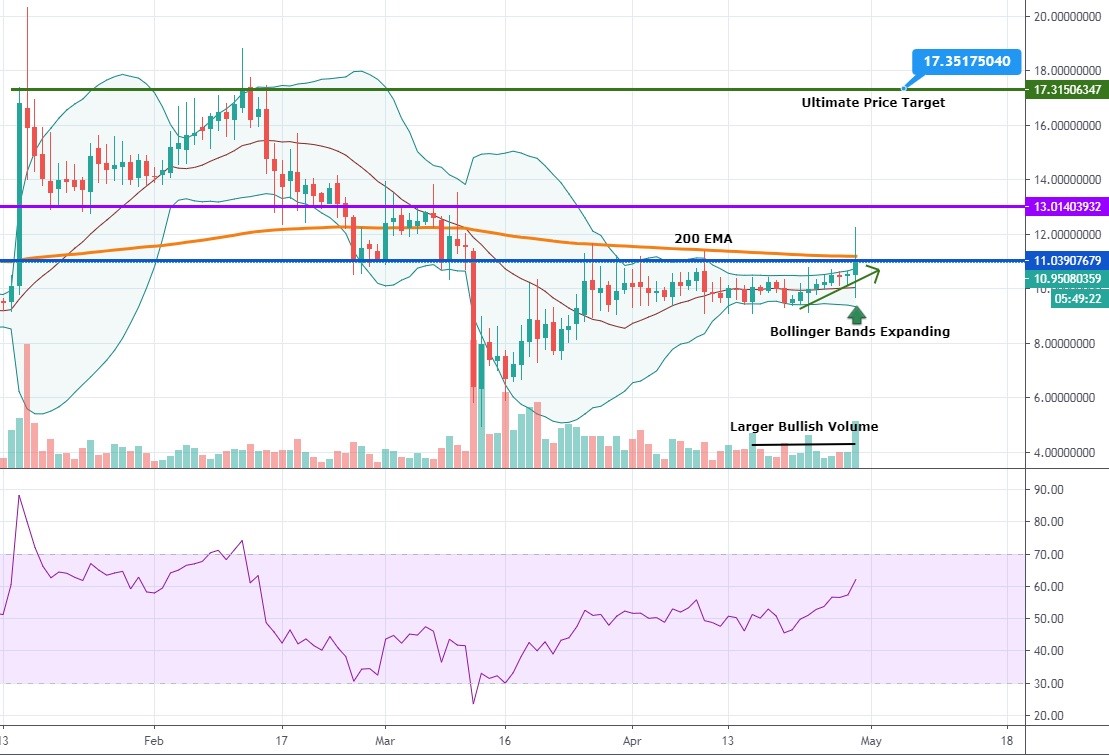 What points to this assumption is that the buying volume from the past two weeks has been visibly larger than the selling one, meaning that the majority of traders are likely to be accumulating long positions in anticipation of the major breakthrough. Also, note that the bearish volume had exceeded the bullish one only three times since the market fell off the cliff.

This must be nothing but a sign of a brewing bullish 'conspiracy' that could result in a significant price surge, not only to the next resistance at $13 but to this year's high at $17.3.

The buyers that place their trust in Augur may not have enough firepower to see this massive move through on their own, but they could get the timely help from Bitcoin which, as we all know, is approaching the halving, an event prior to which the price of the first cryptocurrency, and all other coins by association, goes up stubbornly, regardless of the situation in other markets. There are still two weeks to go before the halving occurs, during which REP could add another 32% to its value - a feat that is more than feasible in the crypto market.

In addition, Bollinger Bands, which has always served as a reliable tool for indicating the looming period of high volatility, has finally begun to expand, releasing the price from a tight squeeze that marked the period of brief consolidation. Judging from the direction of price movement at the commencement of the expansion, Augur is gearing up for a serious upside swing that ought to bring good profits to industrious traders. 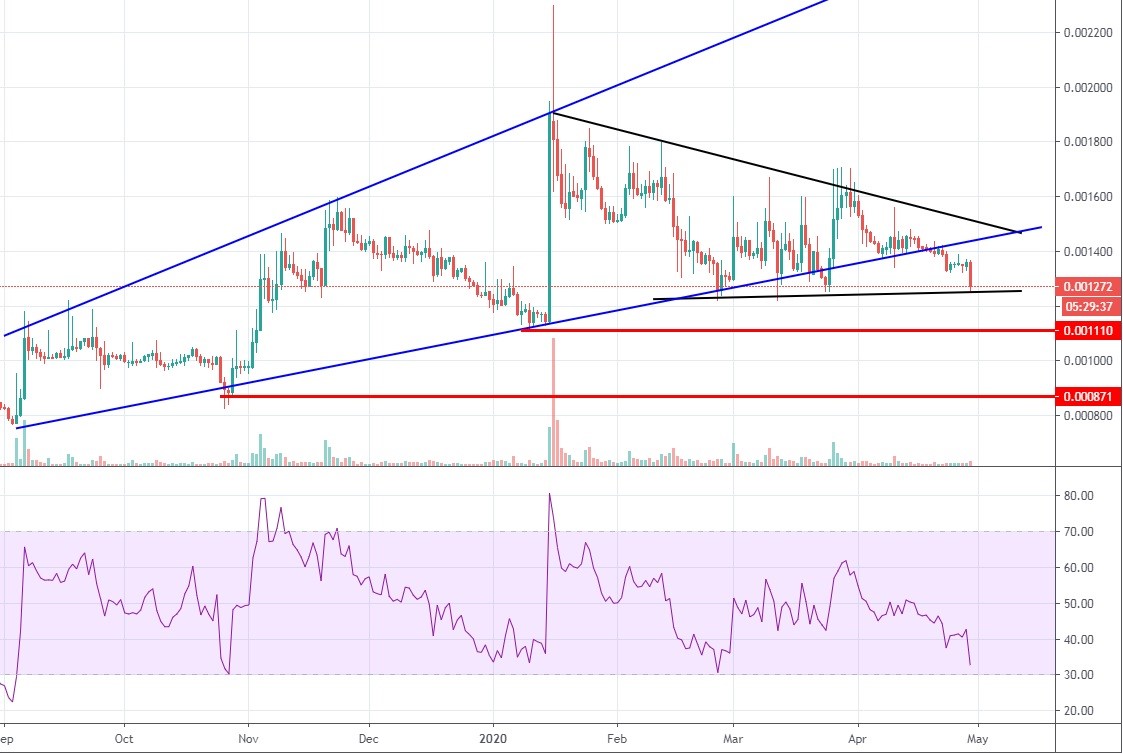 The situation in the pair with Bitcoin doesn't look so rosy for Augur as the 49th cryptocurrency keeps sticking to the bottom of the symmetrical triangle, having obviously broken the once-promising uptrend. With Bitcoin pumping like mad over the last several days, REP appears to be aiming to the downside, either to 111,000 sats or 87,000 satoshis. The 14-period RSI on that time frame hasn't even entered the overbought area, so Augur has a lot of space to fall down, which serves as a strong sell signal.