Swipe (SPX): Gearing Up For Another Rally?

In our previous Swipe (SPX) price prediction article, we were able to correctly forecast the breakout from the ascending channel and the establishment of a new all-time high by the altcoin that represents the Swipe Network, a crypto payment outlet that also offers Visa cards, which has recently become a part of the Binance infrastructure. 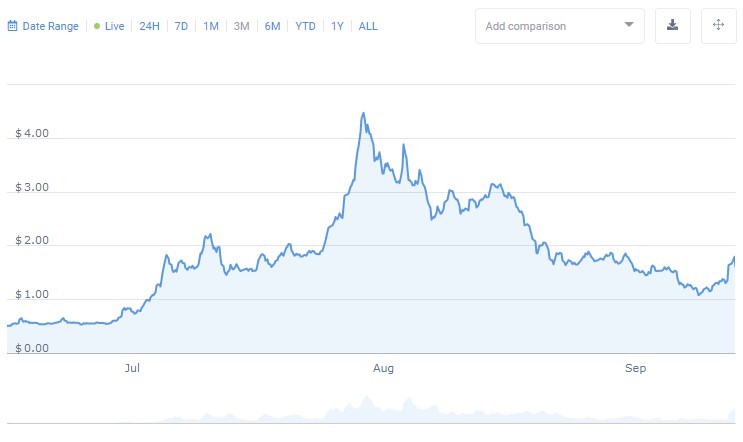 Swipe appears to have bottomed out

Despite the expectations, the price didn’t encounter any resistance at $3.5 and went straight towards $5, a psychological price level that now serves as the historical high of SPX from which the price has already rolled back by 67% on the backdrop of the small crisis that hit the cryptocurrency market in the first days of September. But even such a considerable drop didn’t cause Swipe to go negative in terms of long-term gains against USD and BTC, as its yearly ROI stands at 44,5% and 8.2%, respectively. The all-time ROI is at 728%, a far better result than that of the neighboring altcoins.

At the moment, Swipe occupies the 85th position in global rankings, possessing a market capitalization of $124 million that took a sharp dive from $309 million, recorded in the middle of August. When it comes to the average trading volume, we noticed a significant drop in the past three weeks (from $160 million to $42 million), which coincided with the deepening of the correction. However, starting from September 27, we registered a substantial increase of volume from $47 million on September 26 to $198 million on the 27th and $415 million on the 28th. It could be a sign of the commencing reversal to the upside as SPX appears to have found the bottom of the correction near $1.1, evident from the daily chart. 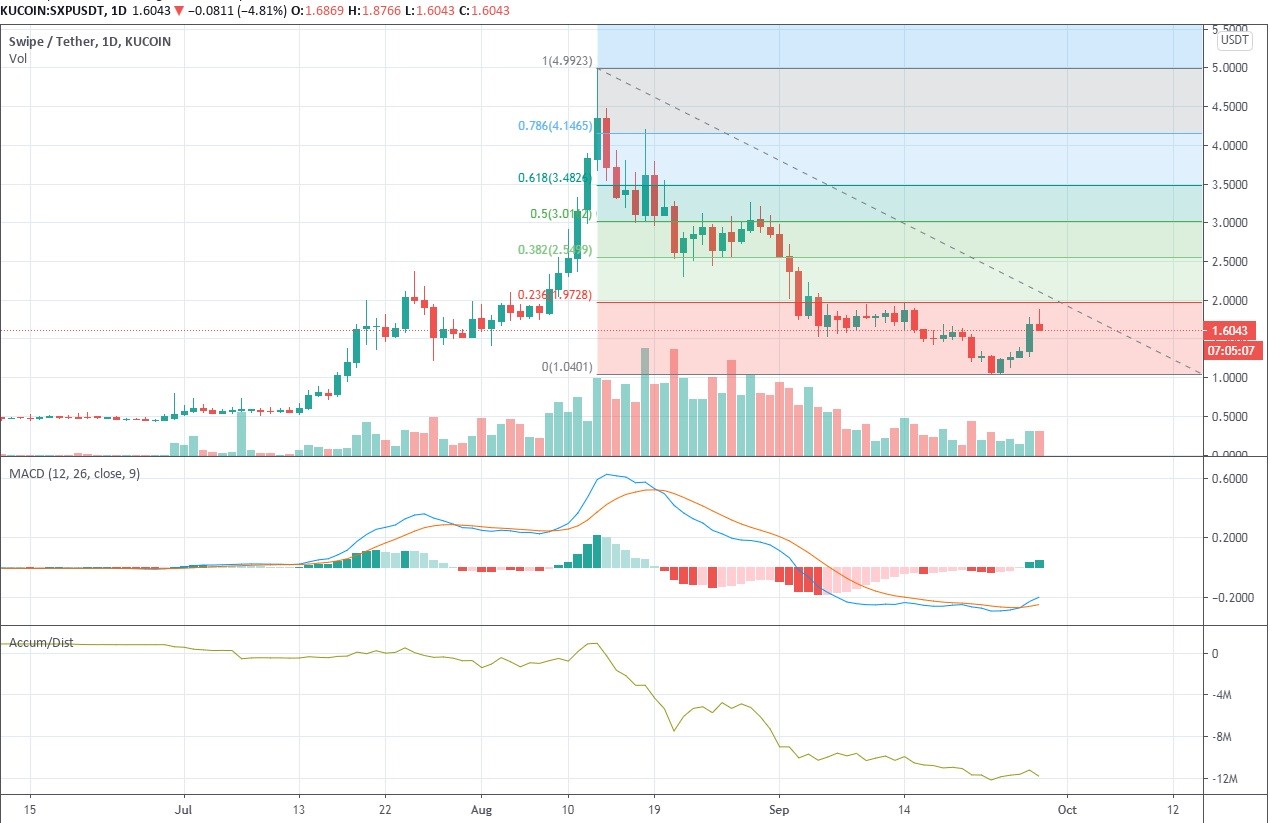 We have applied the Fibonacci retracement grid on the same time frame to figure out where the levels of support/resistance may lie during the anticipated rally. Our expectations regarding the rally are supported by the showings of key indicators:

The Fibo grid also reveals that SPX tends to frequently interact with the round-number price levels, such as $5, $3, and $2, which is likely to become the first resistance area on the road to recovery and presumably a new ATH. Again, given how low MACD is in the oversold area, and how bullishly is looks at the moment, we expect the price to easily penetrate through the 0.236 ($2) Fibo level in the next two weeks and reach the point of resistance at 0.382 on Fibo or $2.5 price-wise. However, there is also a possibility that SPX will recover in one big upswing to, or even above, 0.5 on Fibo or $3.