Apart from the notorious coronavirus market crash, the year 2020, at least the second part of it,  will also be remembered as the DeFi season because virtually all cryptocurrencies that are somehow related to the space of decentralized finance are having the time of their lives as one after another, they are making all-time highs, providing traders with splendid opportunities for profit-making.

One of the altcoins that went on the incredible bull rally that transformed into a full-blown uptrend is Swipe (SPX), a coin that emerged on the market a year ago, representing the blockchain solution called the Swipe Network that utilizes the Ethereum blockchain. In essence, it is a digital wallet app that allows users to seamlessly purchase, sell, and transfer cryptocurrencies, and also has such features as staking, integration with other platforms, and the instant conversion of crypto to fiat with its subsequent use at numerous merchant across the globe via the Visa debit card, also issued by Swipe.

Since its appearance on the market, SPX had been battling the resistance level at $2, as clearly displayed on the historical chart below. 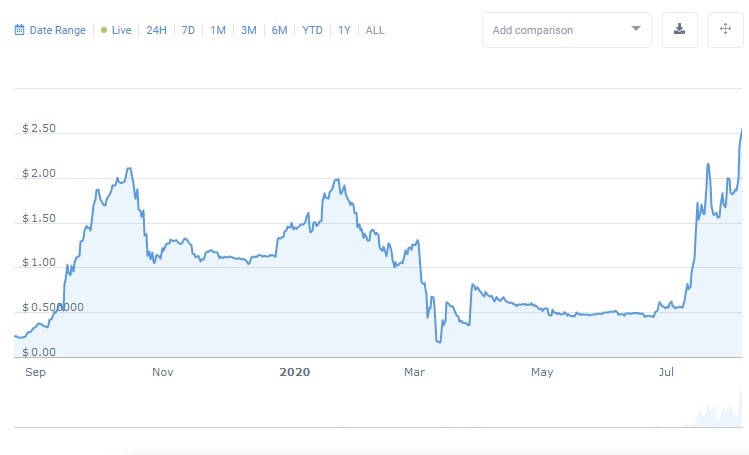 As you can see, the price had been hitting this ceiling for nearly a year before finally breaking it to the upside and establishing a new all-time high at $3.16. This is a spectacular achievement, considering that SPX went to the downside after a futile attempt to regain its position following the March meltdown, during which the price reached the historical low at $0.16. SPX stayed near the very bottom for a few months before exploding to the upside and embarking on an astonishing bullish rally that beefed up the value of this token by 430% against USDT and 325% against BTC in just a month.

Presently, SPX is priced at $2,99 after a slight retracement from the new high; the coin is ranked 56th, with the market capitalization of $201 million and the average trading volume that has been staying above $100 million since July 19.

At the moment, it is hard to predict where SPX is going to reverse and go into a correction mode, but nearly everything points to the fact that the second bull run after a brief retracement is far from being over. 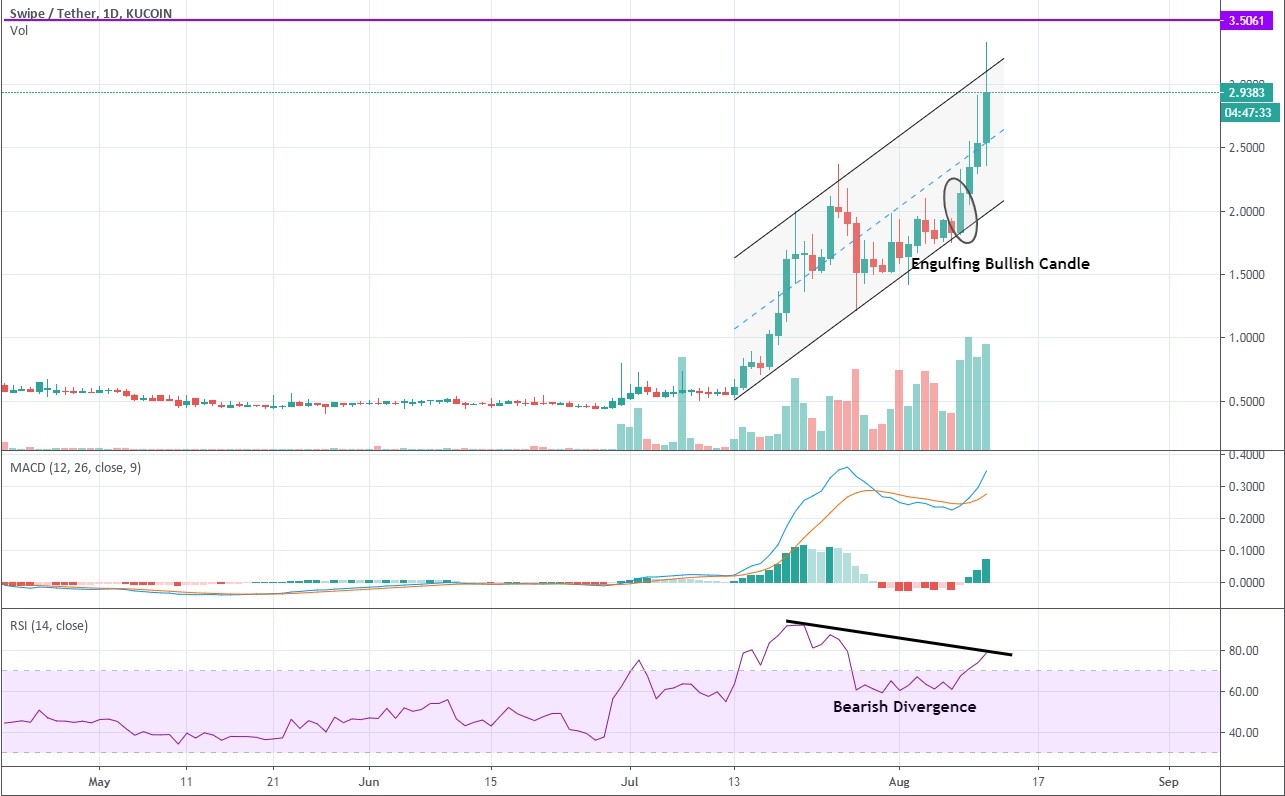 It is evident that SPX is geared up to break out of the rising channel since this upswing began with a bullish engulfing candle, which nearly always acts as a harbinger of a massive rally. Moreover, the upside momentum is supported by an extraordinarily large buying volume that displays the tendency towards increasing, which is also a textbook signal for a further price appreciation.

MACD made bullish crossover right at the commencement of the rally; its main line is now breaking away from the signal one on the back of the growing green histogram - a clear indication that the bullish momentum will persist;

There is a worrying sign, though, coming in the form of bearish divergence on the 14-period RSI that started forming in the middle of July.

Despite the divergence, which has proven to be a not entirely reliable signal, we predict that Swipe will continue its trip to the upside, with the probable area of resistance standing at $3.5.

Swipe (SPX): Gearing Up For Another Rally?