Since Lisk (LSK) has little to do with the hot topic of DeFi, the coin fuels that ecosystem for smart contracts and seamless creation of sidechains, it didn’t experience the same growth rate as many other altcoins did over the past few months.

Nevertheless, LSK managed to recover the losses it suffered during the COVID-19 crisis, and even went as far as to approach this year’s high at $2.32 that was obtained at the top of the previous bull rally. The all-time high, though, still remains 95% away from Lisk’s current price at $1.87, which allows us to characterize LSK as a solid altcoin that offers decent profit opportunities but won’t light up the sky any time soon. 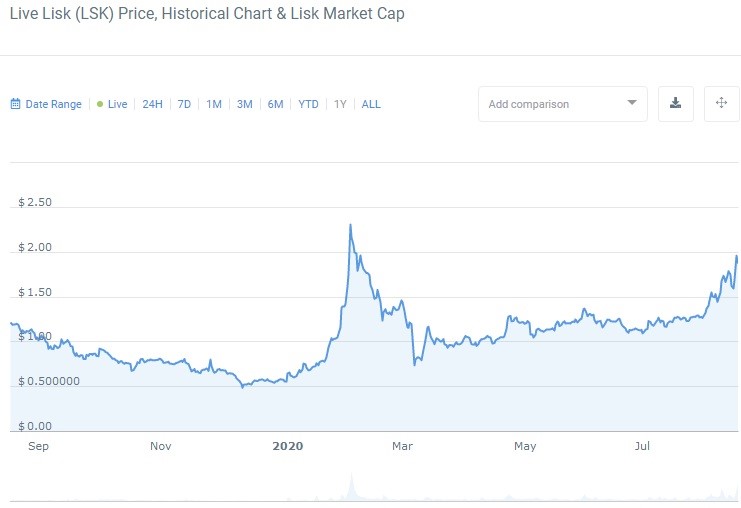 Despite the fact that Lisk isn’t displaying something out of the ordinary on the macro scale, this altcoin has had a good month as it gained 48% against USD and outpaced Bitcoin by 21%. Obviously, LSK desperately needs to rise at least to $2.4 in order to establish a new higher high, thus stating its claim on the secondary uptrend that is going to be supported by retail traders more eagerly.

A push to the upside or a retracement?

The weekly time frame showings are rather ambivalent: we see the considerably rising buying volume over the past three weeks, but the fact that the price action has created a huge spinning top candlestick pattern on the backdrop of the largest volume in months gives a cause for concern. 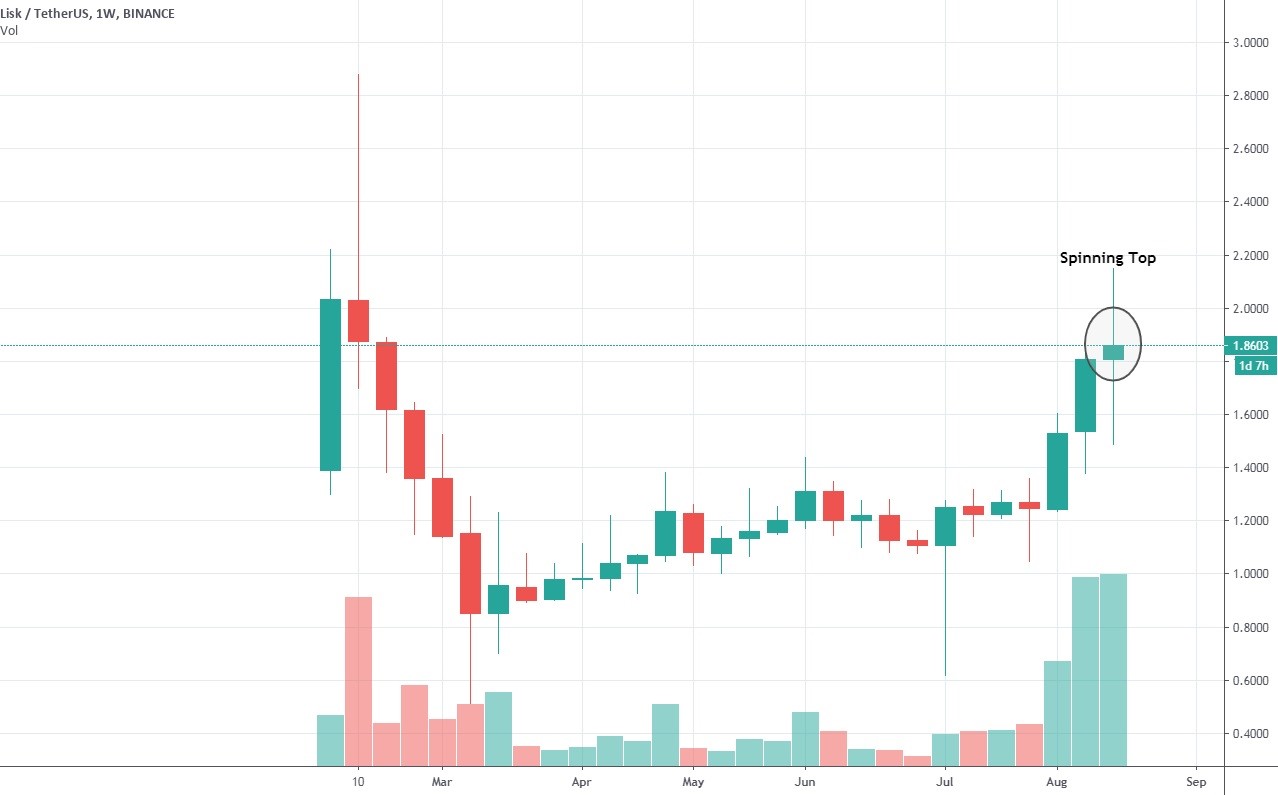 The spinning top usually signals about the underlying indecision in the market, which often leads to trend reversal or pullback. The price still has more than a day to close somewhere near $2, confirm its bullish intentions, and defy the short-sellers, but if the next week of trading won’t open above the close of the present candle, the probability of the retracement will become a certainty. Therefore, if you have already opened the position in this market, make sure to have the stop-loss in place.

On the daily time frame, however, LISK keeps on plodding to the upside while staying above the middle line of Bollinger Bands at all times, which comes to show that the bulls are holding their ground for now and force the price to make higher highs during the previous two instances. 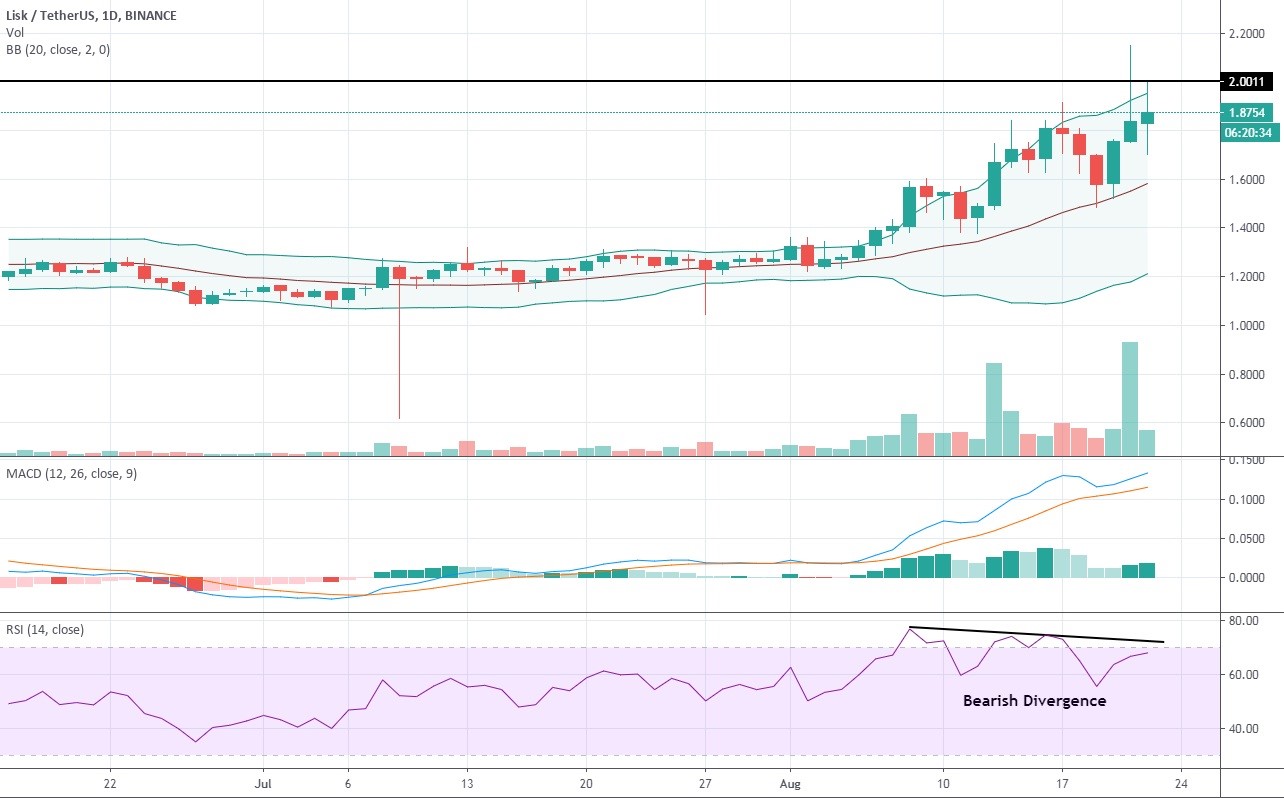 Even a little push from buyers to $2 would allow LSK to open the week above the last close, hence creating the bullish agenda for the entire week. However, here the indicators are also pointing to the possibility that something bearish is brewing behind the scenes.

Our Lisk price prediction is that the altcoin will initiate another retracement at the start of the next week that will find its bottom around $1.6. Upon that, LSK will attempt the retest of resistance at $2.