Although being ranked fairly high (42nd), Lisk (LSK) belongs to a great many altcoins that show no signs of recovery after the burst of the crypto bubble in 2018. Since that time, LSK fell by 97% from the all-time high at $40.32 - as of the time of writing, Lisk is priced at $1.23. The historical chart below proves the point that on the macro level, LSK is nothing but a dead fish in the crypto ocean, totally unsuitable for long-term investment or trading. 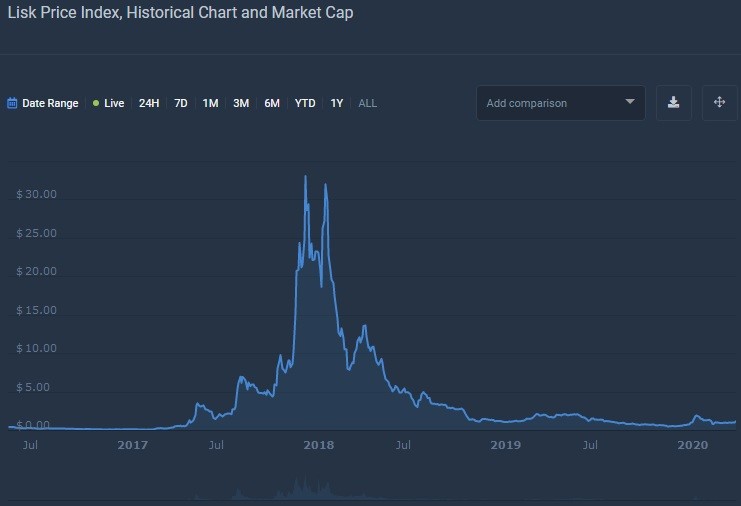 Nevertheless, the market never stands still, and even such a 'lazy' cryptocurrency as Lisk still provides enough opportunities for money-making. For instance, when we look at the markets where LSK is paired with USD or USDT, things don't look all too bad.

In the past 30 days, the coin got a nice price boost of 28% - 17.6% of which happened last week. The average daily trading volume has been increasing steadily during the said period, having gone from a mere $3 million/day at the beginning of April to the respectable  $9 million to $12 million at the tail end of the month. The rise in volume is correspondingly reflected on the weekly chart that shows Lisk making decent progress after the Black Thursday when the currency had momentarily lost 54% of its value and remained shell-shocked for a couple of days. 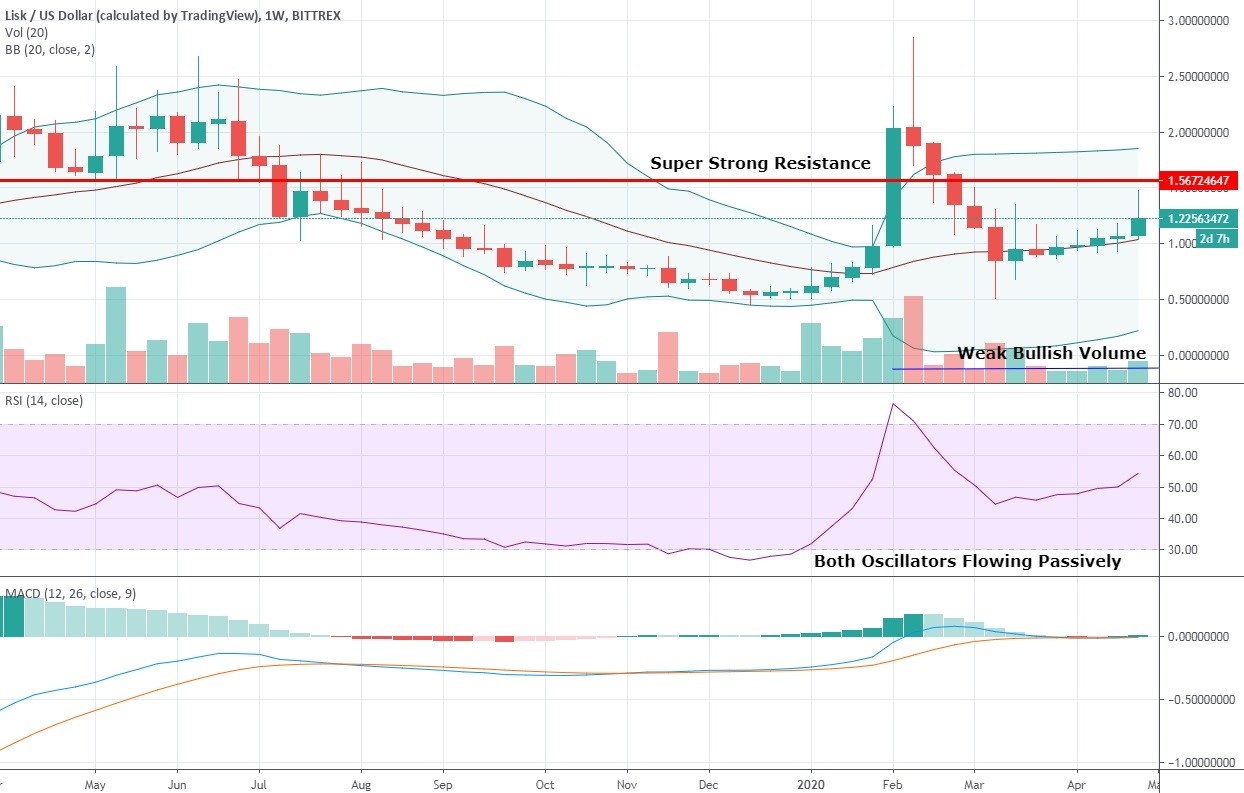 The chart at hand also reveals that Lisk is probably the champion of consolidation as it had been in this state, which traders find tedious, for nearly six months since making a correction after the secondary uptrend of 2019.

And now, it appears that LSK is heading into the similarly dull phase. Presently, the price is just chugging along the middle line of Bollinger Bands, although giving a slight hint at the bullish price action through the mentioned 17.6% price appreciation. But in that case, we ought to take the factor of Bitcoin halving into consideration as it is arguably the sole reason why the entire cryptocurrency market has been pushing significantly higher during the past week and a half. However, there are at least two reasons why Lisk won't showcase any mind-blowing progress in the foreseeable future.

Firstly, the buying trading volume from the last month has been visibly smaller compared to that from the period between mid-February and mid-March, when the price had slid downhill from the local high at $2.83 straight to $0.51. Therefore, the bulls don't possess enough power in this market to push the price higher than $1.5 - $1.6, though it wouldn't be their achievement but rather that of the feverish trading activity prior to halving. Despite the fact that Bollinger Bands are still open wide, which theoretically leaves room for volatile price action, a rock-solid resistance at $1.56 hangs above LSK like the sword of Damocles.

Secondly, two major oscillators, namely MACD and RSI, have been lying practically flat for more than two months. RSI has made a weak upward move from 44 to 52 while staying neutral in general. MACD has been literally sticking to the zero line, which signifies the underlying stagnation in this market.

Judging from how things stand now, Lisk could be a suitable market for scalping because it has a decent price volume while the price action is rather predictable. The lovers of big price swings and mega gains should look elsewhere.