Synthetix Network (SNX) has emerged on the cryptocurrency trading horizon in March 2018, having missed the bull market of 2017/2018, which is probably for the best because the coin’s value hadn’t got blown out of proportion during that bubble, which ultimately led to a price crash and the general disappointment in the majority of altcoins. Instead, SNX has had enough time to make the initial test of the market that took the form of the local high at $0.71, followed by a gradual correction and a prolonged consolidation that lasted from August 2018 until May 2019. At that time, the price of Synthetix Network had been oscillating between $0.032 (the all-time low) and $0.16. 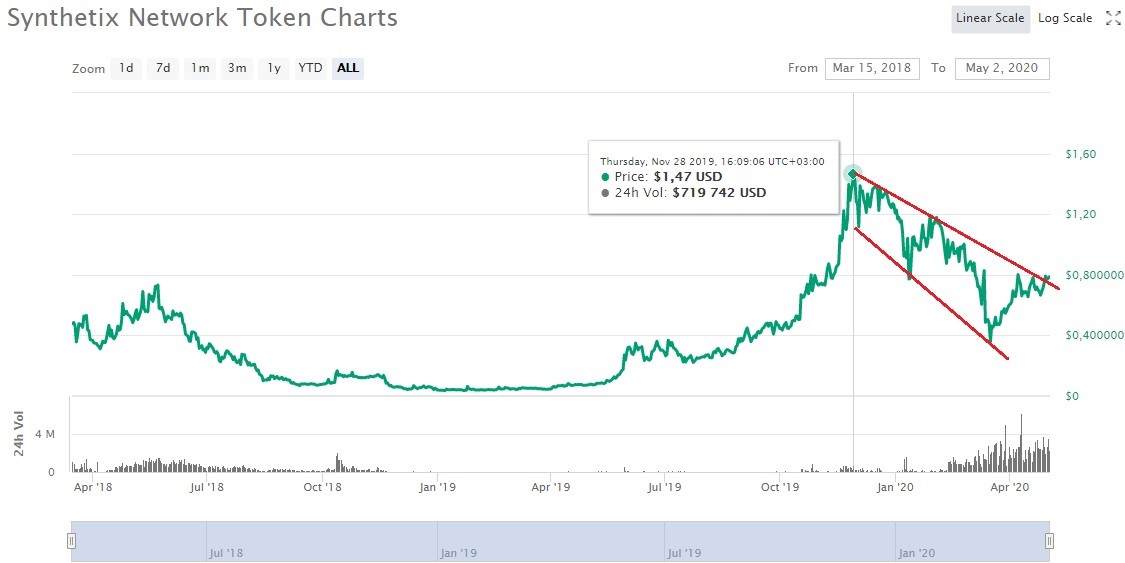 The spring of 2019 was when the price of SNX had really taken off and got engaged in a bull rally that peaked at $1.47 - the coin’s all-time high. Right now, the coin is valued at $0.78, the level which is 45% away from the said historical high. A quick analysis of the chart above tells us that in November 2019, there has been a reversal of the uptrend with the textbook breakage of the structure as the price began making lower highs/lower lows consistently.