Synthetix Network (SNX) has long been considered one of the heavyweights in the rapidly rising sector of decentralized finance (DeFi), alongside such names as Aave (LEND) and Curve Finance (CRV). By the way, these three are the members of the so-called Global DeFi Alliance, a blockchain consortium that was launched only a month ago under the auspices of Huobi Global, right when SNX was making its final push to the upside.

SNX is likely to see a deepening correction

At the moment, Synthetix Network has $656 million of total value locked in this platform, which puts it in the 9th place in the DeFi ranks. When it comes to the global ranks, SNX still holds at the 38th spot with the market capitalization of $455 million. The analysis of the average trading volume shows that the demand for Synthetix Network has risen dramatically over the past three months - from the average of $5 million per day in the middle of June to the current showings of $110 million worth of daily trading activity. This volume surge has already translated to humongous 820% gains against USD, 760% relative to Bitcoin, and 400% against Ethereum in the past year. 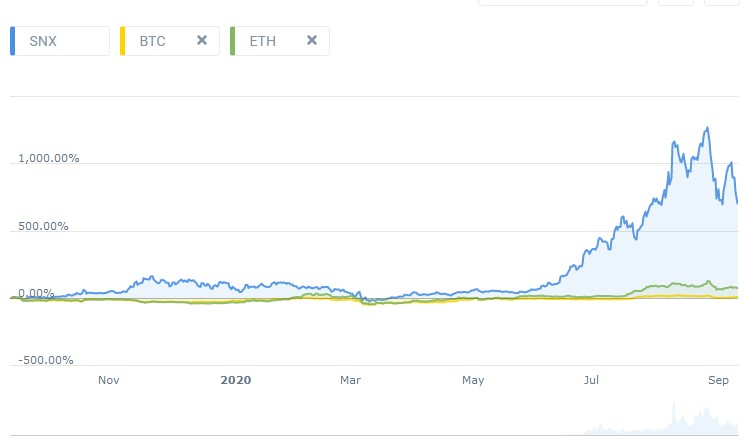 All in all, Synthetix Network has had an immensely productive year in terms of both fundamentals and price action, but, as the chart above shows, its straight-as-an-arrow uptrend has already been disrupted after invading the $7 area and establishing the all-time high at $7.86, from which the price has already pulled back by 41%, incentivized by the recent dump that shook the entire cryptocurrency market. 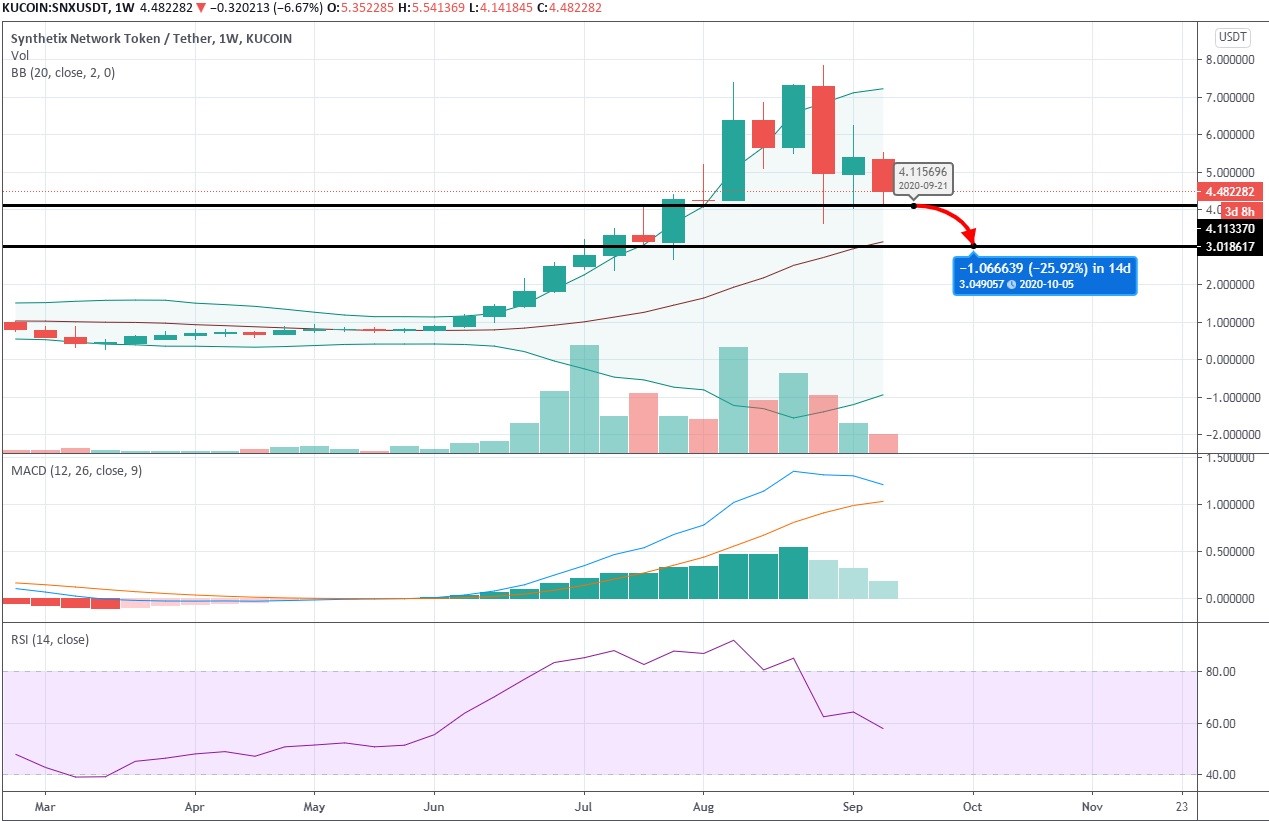 It is clear from the weekly chart how the bulls are desperately clinging to the support at $4.11, which might be the only barrier on the path to a substantially deeper correction, probably even to $3.

The situation on the daily time frame appears to be even more bearish, despite the fact that the buyers are successfully defending the level at $4.11. 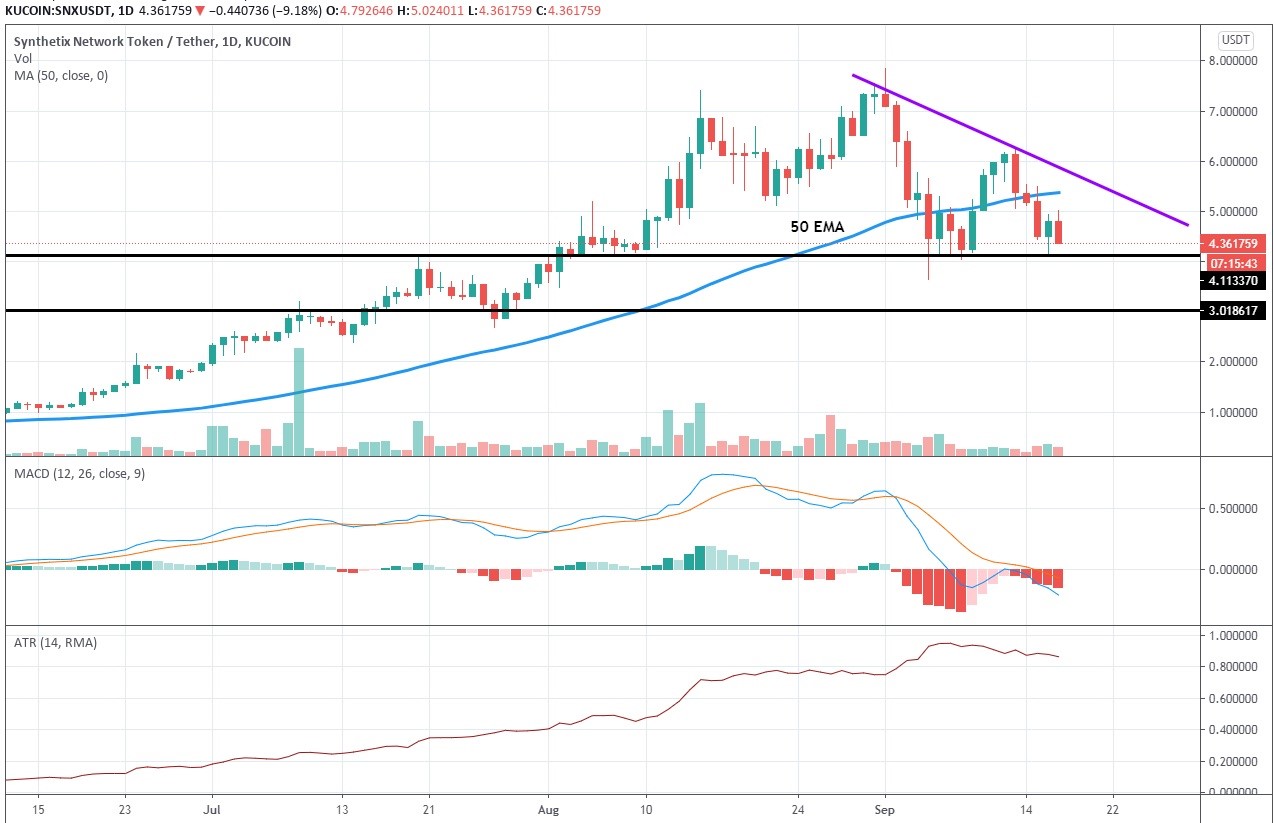 SNX has dropped below the 50-period EMA for the first time since February and fully distorted the uptrend structure that usually implies the beginning of the bearish chapter. In doing so, Synthetix Network found itself trapped inside the descending triangle - also a bearish signal, especially since SNX had already made a lower high.

MACD didn't only fall in the bearish zone but already got rejected once at the zero line, which means that the sellers are tightening the grip on the market. Add to that the fact that the Average True Range indicator is still at the extremes near 1. Therefore, the chances are high that Synthetix Network won't be able to hold near $4.11 and will eventually touch $3, at least with a wick of a daily bearish candle.