MadeSafeCoin (MAID) - Profit On the Rally While It Lasts

MadeSafeCoin (MAID) belongs to the class of cryptocurrencies about which one would think twice before making a long-term investment. However, some may find this coin suitable for having in the portfolio because every now and then, it does make reasonably large price swings, the tops and dips of which could be successfully harvested by an involved trader.

Shorting could be the primary strategy in the MAID market

For instance, on the day of writing, MAID got an 18% price bump, which took its monthly gains to 28.6% - not a bad result for the currency that is ranked 90th and has an underwhelming market capitalization of $58 million, especially with regard to an overly ambitious goal that the team had set before itself.

The project that stands at the origin of MaidSafeCoin declares the intention to build a ‘New Internet’ that would empower users with full control over their data, as well as top-notch communication security. Grandiose goals aside - with that kind of market capitalization, New Internet is likely to remain just a theory - Safe Network, which, by the way, is the actual name of the product they are building, boils down to an anonymous browser that is conceptually a crossover between Thor and the Brave browser, and a decentralized data storage. Not the fundamentals that would knock someone off his feet, but the coin yet lives and brings profits to the early investors who even now, in the context of the perpetual downtrend MAID is into, could scoop up the 770% return on investment. 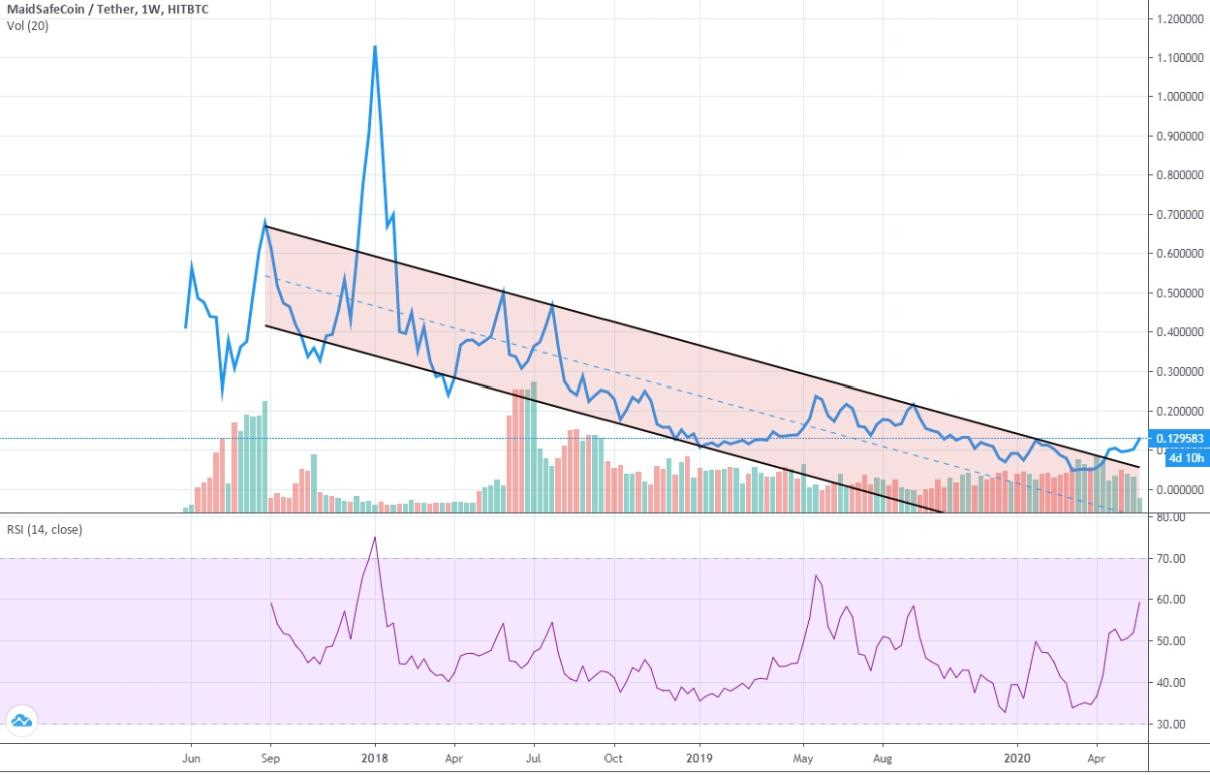 However, these numbers are going to be decreasing over time because MaidSafeCoin is sinking like a torpedoed ship. It means that in the long term, traders must perceive this market as inherently bearish, so the shorting strategies would be more applicable here.

Rising higher - at least for now

As already mentioned, the past two months were good for MAID, but those gains came on the back of a suspiciously large green candle with an even higher wick that emerged on the daily chart on April 20, which coincided with a boost in trading volume from the usual $300,000 to $1,16 million. 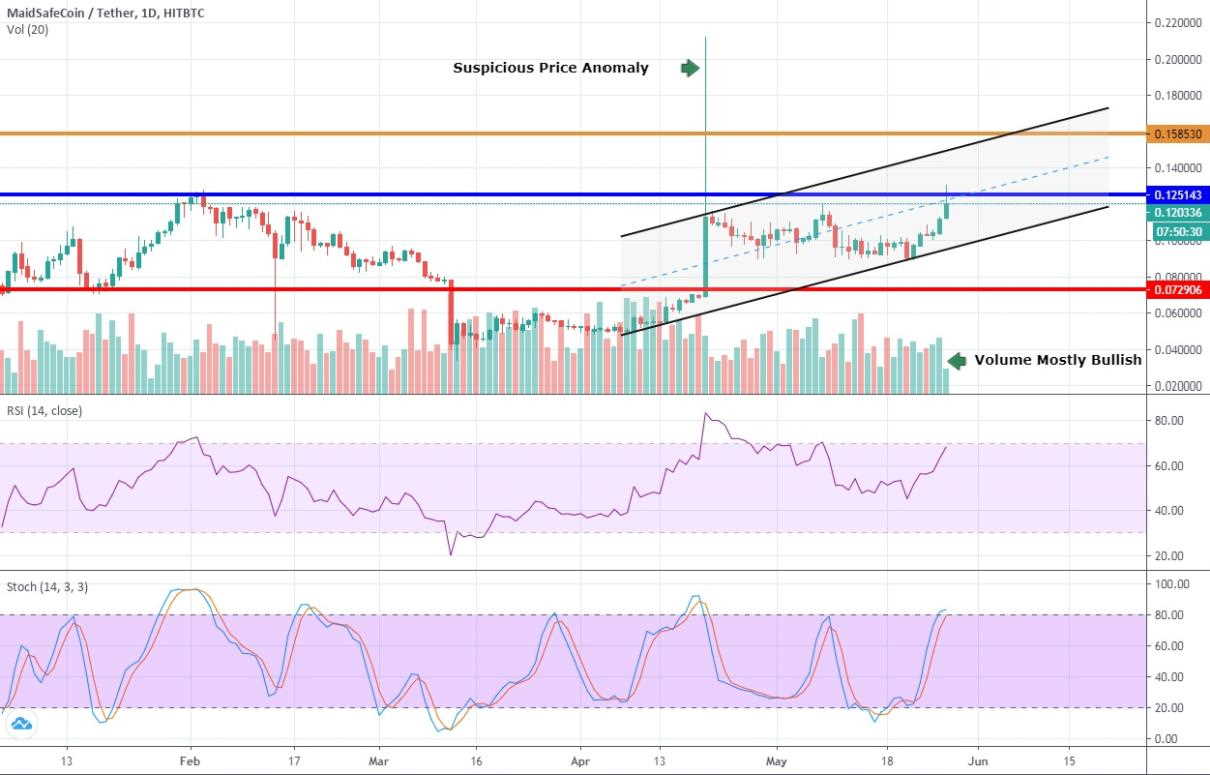 Therefore, when trading in this market, keep in mind that it is capable of producing such anomalies, but next time, it could go to the downside and stop you out. MaidSafeCoin has three distinctive price levels: $0.072, $1.276, and $0.158, with which the price has frequently interacted. At the moment, MAID is making an attempt to crack the resistance at $0.125, and it is likely to end up being successful due to the predominantly bullish volume profile at this part of the cycle. In addition, the 14-period RSI, as well as Stochastic, appears to be moving persistently to the upside but yet to enter the overbought area to the full extent.

Therefore, there is still enough time for the bulls to fully break and retest the resistance at $0.125 in a move that is likely to be followed by a period of consolidation. $0.158 is MAID’s highest price target at this particular juncture, upon reaching which the price could retrace all the way to $0.1.