Compound (COMP): The Lull Before the Storm

Compound (COMP) is considered to be the rising star in the space of decentralized finance (DeFi). The ERC-20 native token of the eponymous blockchain platform has been on the market for little over two weeks - the coin itself was released in April - but has already become the talk of the town, mainly because of the interesting underlying fundamentals.

In a nutshell, Compound was designed to afford an opportunity for borrowers and lenders to earn interest while also being able to use these funds in other decentralized applications for the purpose of trading, making transactions, and other operations. In other words, it’s as if you were able to put money in a savings account at the traditional bank but retain the option to use them at any given time. Compound utilizes a proprietary decentralized lending protocol that generates the so-called cTokens in the amount equivalent to a deposit in other cryptocurrencies. It’s cToken that actually earns the holder the interest which can be redeemed at any time along with the borrowed funds.

The fundamental value of COMP stretches beyond lending and earning interest, but we won’t delve into further details here. Let’s just say that Compound is one of the few newly emerged altcoins that actually brings a noteworthy solution to this space.

The current situation in the COMP market 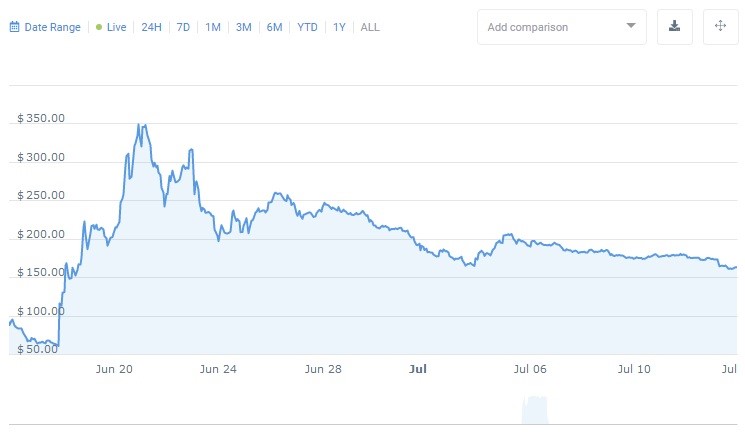 COMP is obviously not ripe for a downtrend reversal, but given its potential to become the second most popular altcoin in the DeFi space, behind Ethereum, traders should already be working on the entry tactics while the price seeks the bottom.

Could the next support become a reversal point?

Since Compound doesn’t have a lot of historical data to analyze because the coin is quite young, we base our COMP price analysis on the 4-hour time frame. Here we see that the price has been sliding slowly from $265 and is about to hit the resistance at $154, the level from which the last bull rally commenced. 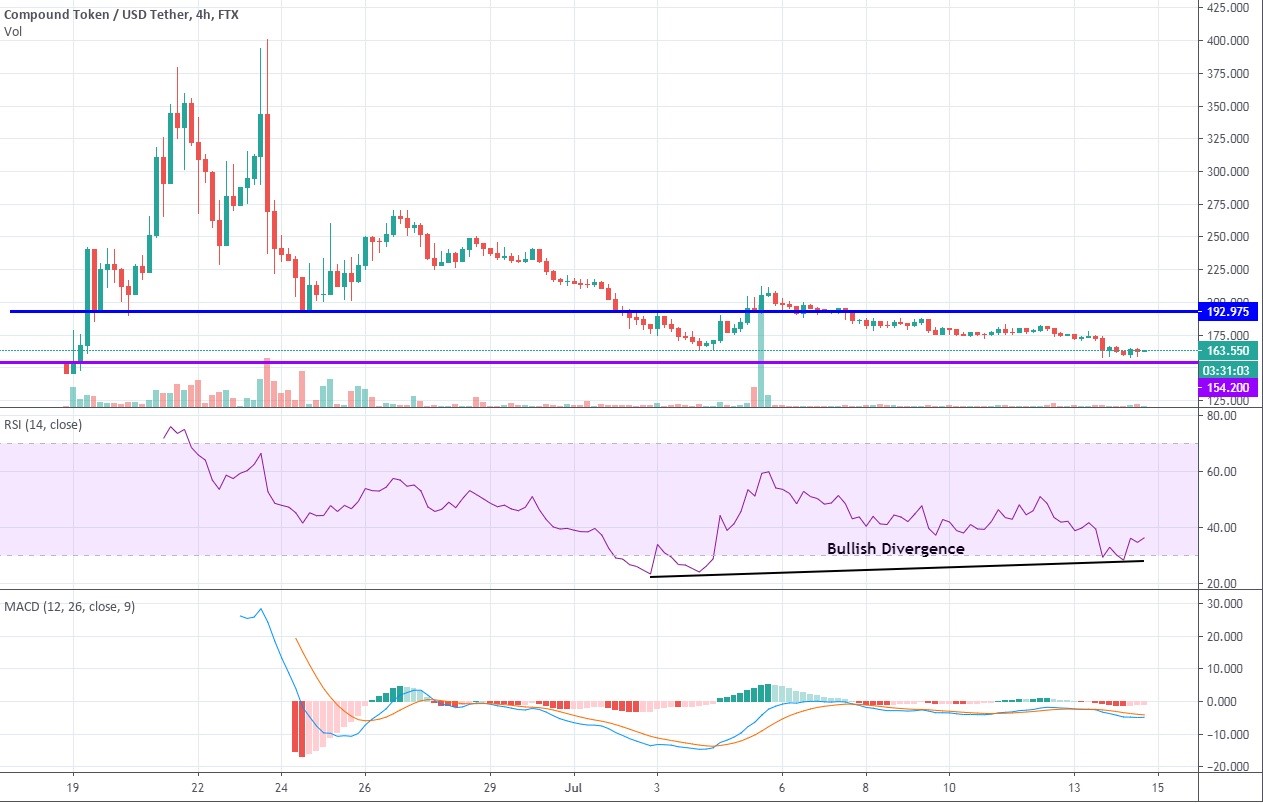 To summarize, we predict that Compound’s price action will remain dull over the coming month, but this particular market bears the promise of substantial gains, so traders should look diligently for confirmed reversal signals.