If you possess at least some insight into what’s going on in the DeFi space right now, then you ought to know that Compound (COMP) represents one of the biggest projects, having already locked around $800 million in assets.

But despite the resounding success in fundamental development, COMP’s price action has been severely lacking bullishness since the beginning of the month, as the DeFi token gained only 13% in the USD market over that period of time, while keeping on the level with Bitcoin.

Seeking the bottom of the correction

Let’s begin the COMP price analysis with a look at the all-time chart, which is not particularly extensive since Compound got listed on the exchanges this July. 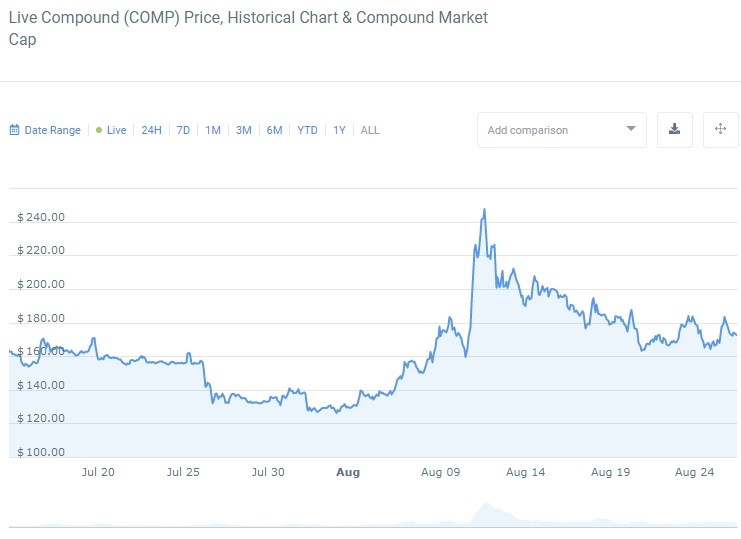 Here we can see that Compound has already established a magnetic point towards which the price got pulled on multiple occasions during the past months. This area is located near $120, which, as you can see, has successfully served as both support and resistance for the price action, and the probability of it becoming a trampoline for another bull rally is relatively high, given that the hype around DeFi and yield farming, something Compound is best known for, will not cease any time soon.

Therefore, $120 could be a good spot for entering a long trade on the condition that the price would offer some reliable signs of reversal, such as the morning star pattern or a double bottom, which has already formed on that chart, though it’s yet to start dancing to the bullish tune.

The breakout from the recently established range between $162 and $186, outlined on the daily chart below, would also serve as the signal of downtrend reversal and the return to bullish ways. 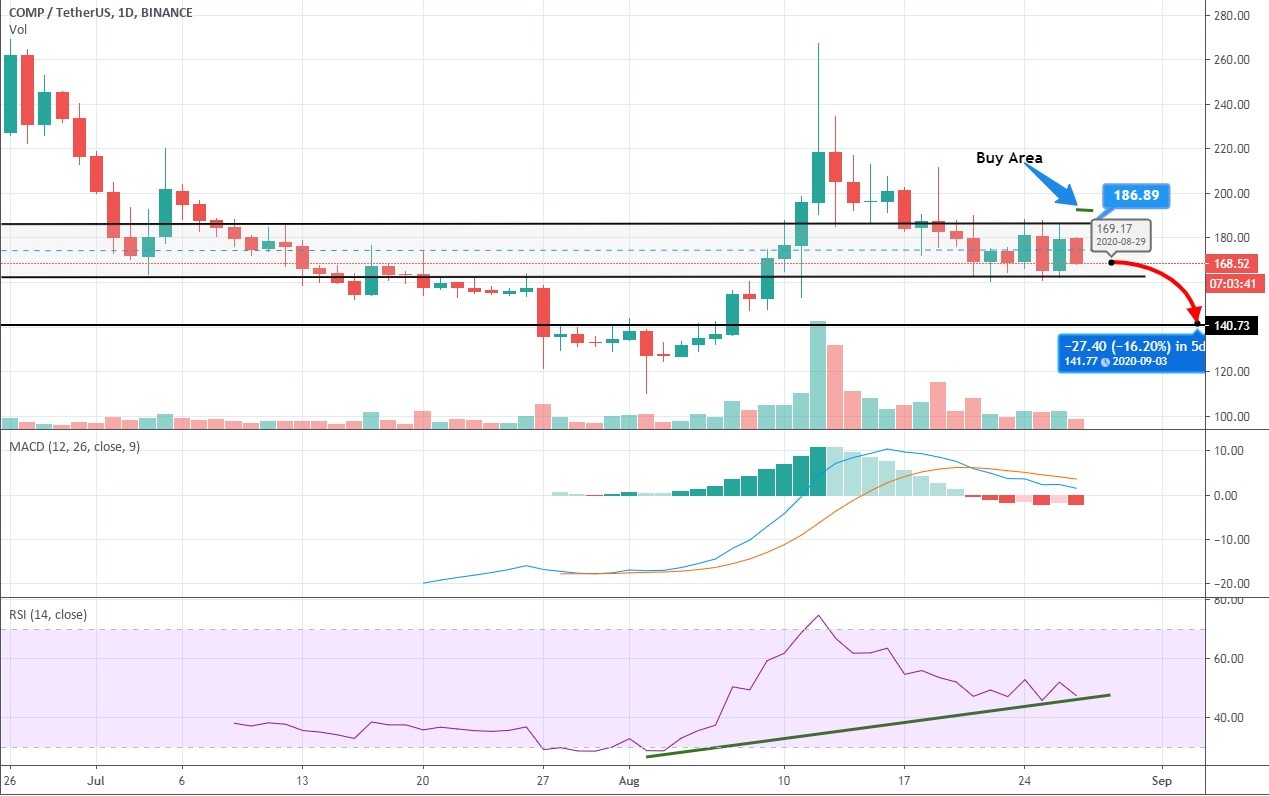 Even though Compound has been ranging during the last seven days, the market remains sufficiently volatile for scalpers to operate. Swing traders, on the other hand, would have to sit and wait for COMP to break above $186, with $193 being established as a suitable buy area, given that the price successfully retests the support, and the trading volume would be on the rise.

The break below $162 would negate the bullish scenario and open the gateway for an even stronger correction since the current support level has been holding very confidently so far, and the breach of it to the downside would constitute a serious blow for the buyers. If the bears do get the upper hand, Compound could sink to $140.

Remember that COMP still bears a lot of upside potential, so make sure to exercise extreme caution when trying to short this DeFi token.