Bitcoin remains near $20.6K, maintaining positive momentum from the previous US session. Yesterday we saw an aggressive bearish attempt to trigger a bitcoin sell-off, pushing the rate down 2% in less than an hour. Still, in the area near $20.3K, the buying has outweighed, and we see systematic intraday buying going forward.
The intraday dynamics of Bitcoin's price point to a neat set of long positions and buying on declines. This does not promise a rally in crypto anytime soon, but it does indicate a growing interest in long-term investments in the sector. In a year since the BTCUSD price peaked near 69K, the market has gone through two stages of collapse and has been in a long consolidation since June, reinforcing confidence that the bottom is behind us. 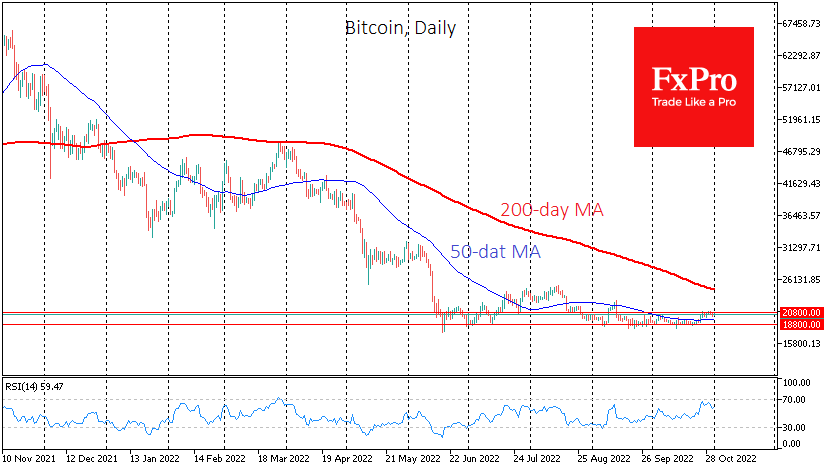 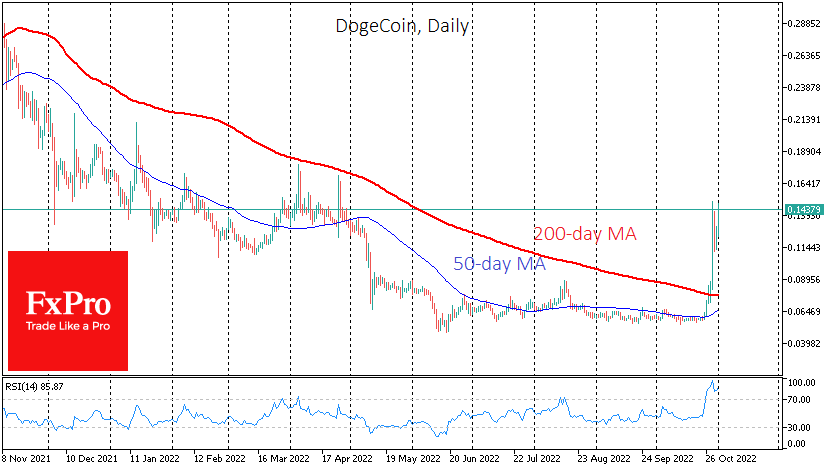 Dogecoin has returned to growth, adding 16% since the start of the day on Monday. Like BTC, DOGE bottomed in June and traded in a deafening sidewall until last week. Its surge of 140% in seven days has formed a promising bullish picture. Is it possible that it will become a leader in the entire crypto market? Why not.

The Hong Kong authorities have issued a statement relaxing cryptocurrency and crypto-ETFs restrictions and promised to create a dedicated agency to regulate the industry. According to Bloomberg reports, the US Department of Justice has reopened a probe into possible bank fraud by executives of USDT, the company behind Tether. The Tether team issued denials, stressing that they are in constant dialogue with law enforcement agencies, including the US Department of Justice.

Dogecoin more popular than ever