Bitcoin has gained 2.8% over the past 24 hours to $19750 but remains broadly zen. Against the backdrop of falling equity markets, the first cryptocurrency's balanced moves looked like a sign of domestic strength. But yesterday, the equity market marked a sharper rise than cryptocurrencies. Bitcoin is one move away from the top end of its trading range ($20300). But only a solid consolidation above this boundary should be considered a meaningful bullish signal.

Ethereum is lying at its 200-week moving average for the third week. Perhaps the entire crypto market lacks an important external driver to switch to growth, although no meaningful decline exists. 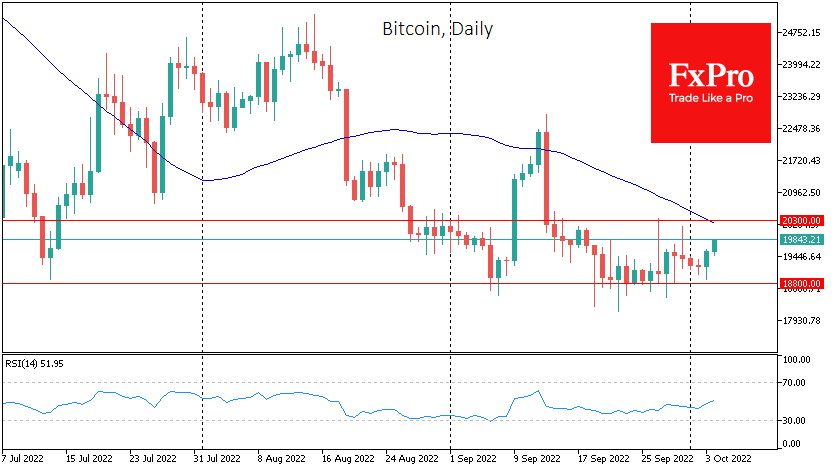 According to CoinShares, investments in cryptocurrencies increased by $10 million last week. The figure rose for the third week in a row, but the scale of investment indicates continued indecision. Bitcoin investments rose by $8m, Ethereum by $6m, and investments to short bitcoin rose by $2m. According to CryptoQuant, bitcoin outflows from cryptocurrency exchanges have recently intensified, which could be seen as a bullish signal. 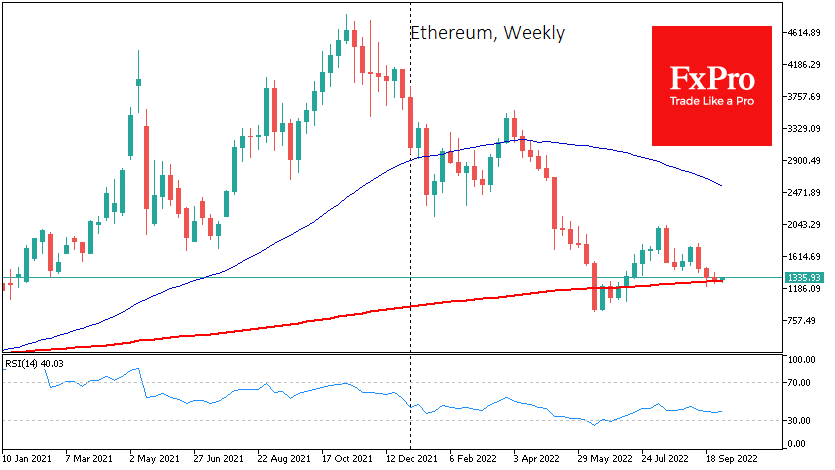 US Senator Cynthia Lummis has expressed concerns about the national debt and rising inflation in the US. In her view, citizens should invest in bitcoin to preserve their funds. According to Nomics, some 12,100 cryptocurrencies have effectively stopped trading this year, turning into "zombies". Technically, the coins exist but have not shown trading volumes for at least a month.

Thanks to Ethereum, "altcoin" is no longer a slur

Bitcoin and Ethereum: The Price of Bitcoin Struggles

Ethereum is trading near $1300

ETH After the Merge: Fall Instead of Growth