Bitcoin collapsed 9.6% on Tuesday, ending the day near $20.2K, which remains on Wednesday morning. Ether is losing 6.4% overnight to $1610. The most significant altcoins took a heavy hit, losing between 4.6% (BNB) and 13% (Solana), but remain on the plus side after seven days. The bears in Bitcoin have asserted that they are in control. 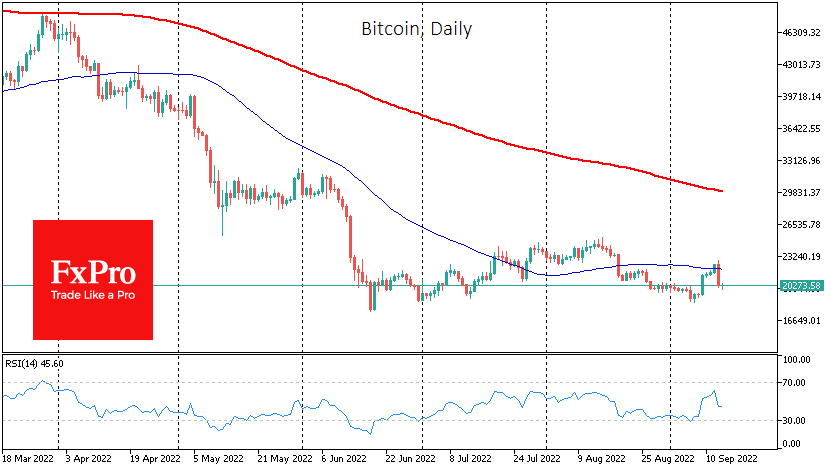 From the 50-day moving average level, BTCUSD experienced a substantial decline. This could bring back downward sentiment, as it did in August, for an extended period. However, it is too early to speculate on whether the June lows will be renewed.

Pressure on all risky assets came after a hot US inflation report, which increased the likelihood of a more robust Fed rate hike next week and triggered the strongest sell-off in more than two years.

Eugene Fama, 2013 Nobel Prize laureate in Economics, believes that bitcoin will have value as a means of payment. However, BTC's high volatility prevents it from being used for that purpose. We should add that this refers not only to the downside but also to upside moves. Ethereum has a much higher near-term growth potential than bitcoin, according to ConsenSys. ETH could become a savings vehicle following The Merge event, set to take place on September 15. 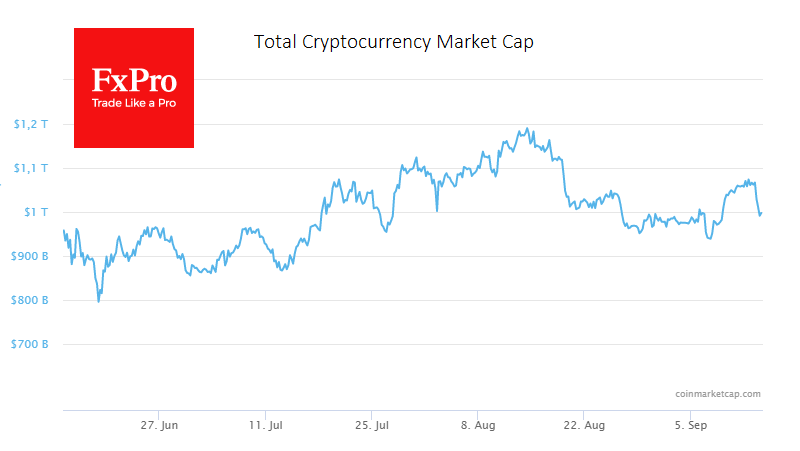