UNUS SED LEO, or Bitfinex Leo Token, (LEO) is a new and flourishing cryptocurrency that has been introduced in the spring of this year by the Bitfinex exchange platform.

Performance-wise, LEO sits in third place behind the other two wonder-coins: Seele and Synthetix. However, these standing may change with time as those two are only at the beginning of the correction phase, while LEO has been in it for quite some time now.

After being released in mid-May, LEO has instantly begun showing its strength by engaging in the short-term bull run, which lasted for three months and took the coin value from $1.05 to the all-time high of $1.97. 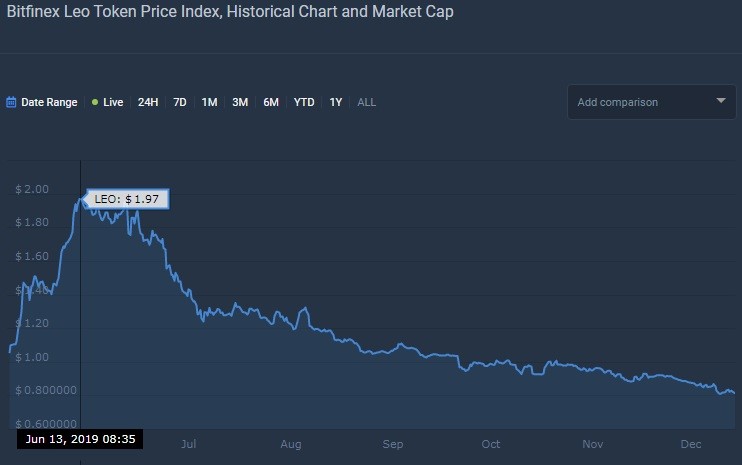 The price stayed at this level for about two weeks, giving traders have had plenty of time to analyze its further path and take their profits. Those who fell into a classic greed trap were then forced to watch as the price of LEO went skidding down the chart towards the interim support level of $1.2. Upon that, the currency began a very smooth correction, without any abrupt price spikes or drops, which took LEO from $1.28 to its current price of $0.81 (as of the time of writing).

To summarize the price behavior of Bitfinex Leo Token, it can be characterized as an explosive at the nascent stage, followed by a relatively gentle decline that was far from being as nerve-wracking and jagged as that of Bitcoin, or the overwhelming majority of other top cryptocurrencies. 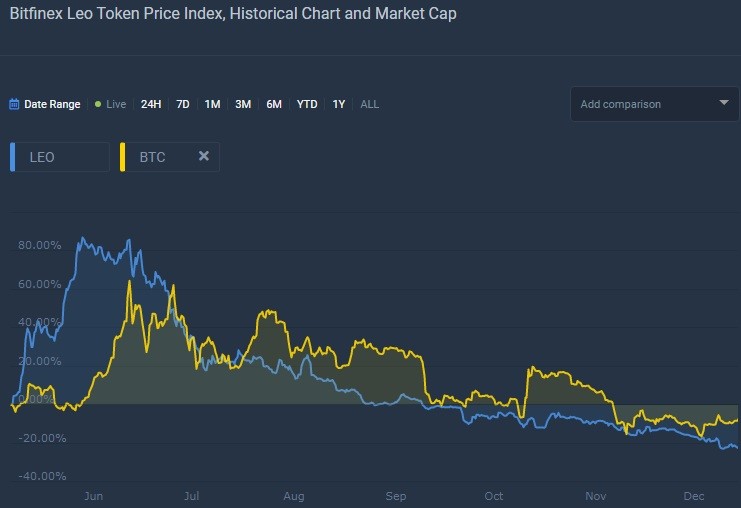 Judging from its history in 2019, LEO could become a coin that is very comfortable for trading since it’s not extremely volatile. For instance, over the last 30 days, the volatility of LEO has hardly exceeded 5%, whereas, over the last 7 days, its volatility was as low as 2.7%. These characteristics might not be satisfactory for swing traders, but they undoubtedly constitute an advantage for occasional traders and long-term holders.

It is evident that LEO had already passed the stages of expansion and peak, so now the only remaining question is when the correction would run its course and where would the coin find its trough that should be followed by the recovery and the subsequent price rally.

So far, there have been no signs of the downtrend reversal, which means that we would have to wait for the emergence of a reliable reversal pattern like an inverse head-and-shoulders formation. 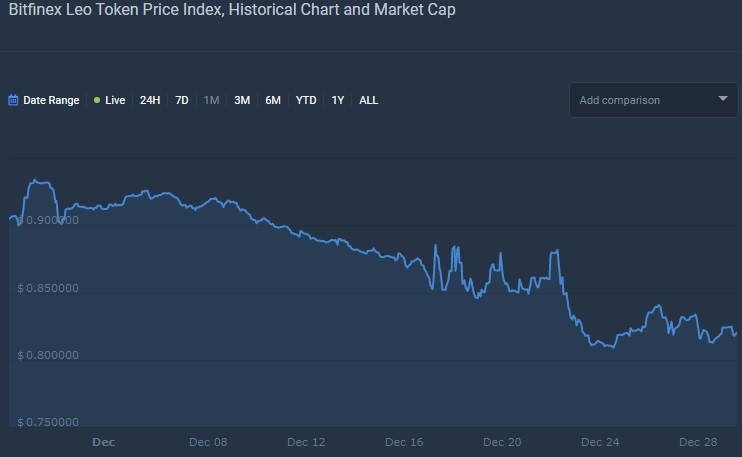 The chart above represents the price action during the current month, and as we can see, there are no clear hints that the buyers are seizing the initiative from the sellers, which means that the price decline is likely to persist into the first week (or weeks) of January 2020.

Most technical indicators go in line with the prognosis that LEO will continue to seek its price bottom. Therefore, the traders who acquired UNUS SED LEO at a time around December 25, when the price touched $0.8, should exercise the option of selling their LEO stock in order to have an opportunity to buy back at the inception of the trend reversal, which will inevitably occur in the first quarter of 2020.