ReddCoin (RDD): The Coin that Didn't Notice the Crisis

To paraphrase the known saying, one currency's poison is another currency's meat. It means that while the overwhelming majority of cryptocurrencies are still dealing with the consequences of the flash-crash of March 12-13, the coins like ReddCoins (RDD) have already buckled up and sat on the rollercoaster ride to the upside that may well end up in a secondary uptrend.

The fundamental value of ReddCoin

RDD belongs to the group of old-timers, which emerged in 2014 when people had hardly ever heard of cryptocurrencies and blockchain. The team members claim that they were the first who came up with an idea of tipping content creators on social media in cryptocurrency.

The platform now affords an opportunity to send micro-donation on such vastly popular outlets as Twitter and Reddit. The network uses the Proof-of-Stake-Velocity (PoSV) algorithm that allows wallet owners to mine RDD and use them for tipping. ReddCoin itself is a fork of Litecoin, which, ironically, has been doing a lot better recently than the parent currency.

Since 2017, RDD has been getting competition from the likes of Steem (STEEM) and Basic Attention Token (BAT), both of which employ the concepts that bear similarity to the one of ReddCoin. Despite that, the coin seems to be thriving despite being near the bottom of the top 100 (RDD is ranked 87th) and having a modest market capitalization of $57 million and an equally unpretentious average daily trading volume that rarely goes above $1 million.

Nevertheless, the coin is being actively traded on Bittrex, the cryptocurrency exchange with one of the highest liquidity, and on smaller platforms like VCC Exchange. Although the volume is not that great, RDD has never been accused of malicious price manipulations, so those who want to make an honest buck of ReddCoin's revival can do so until the upward momentum lasts.

Before engaging in the analysis of price action, please have a quick look at RDD's gaining profile to convince yourself that it is worth trading, at least in the short term.

And to prove the point further, here is the all-time chart which clearly shows Reddcoin breaking out of the confinement of the descending wedge with evident intentions towards establishing a secondary uptrend if the price manages to crack the previous yearly high at $0.0026. 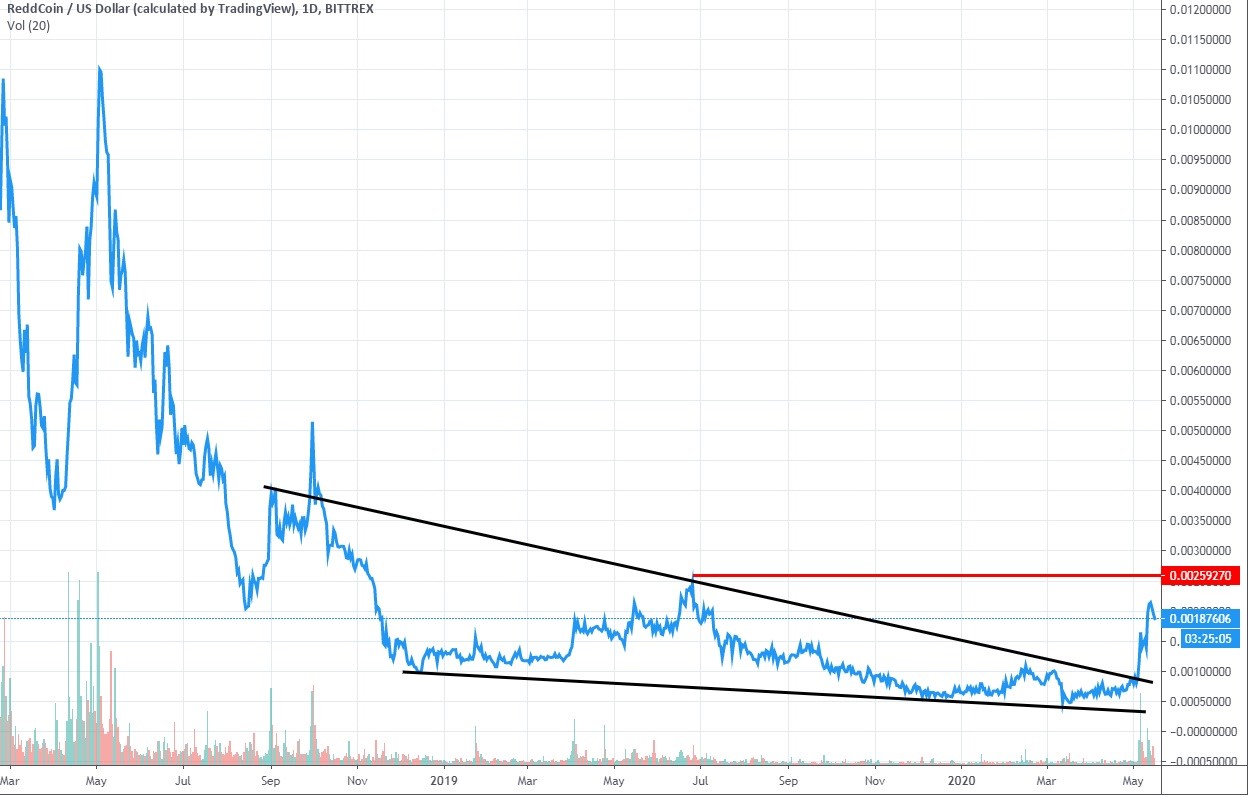 But the most amazing feat associated with ReddCoin is its behavior after the recent market crash, in the aftermath of which the currency had lost not a lot of its value - 54%. The consolidation that followed lasted for nearly seven weeks and resulted in a rocket-like rise to the upside, which is still in place. 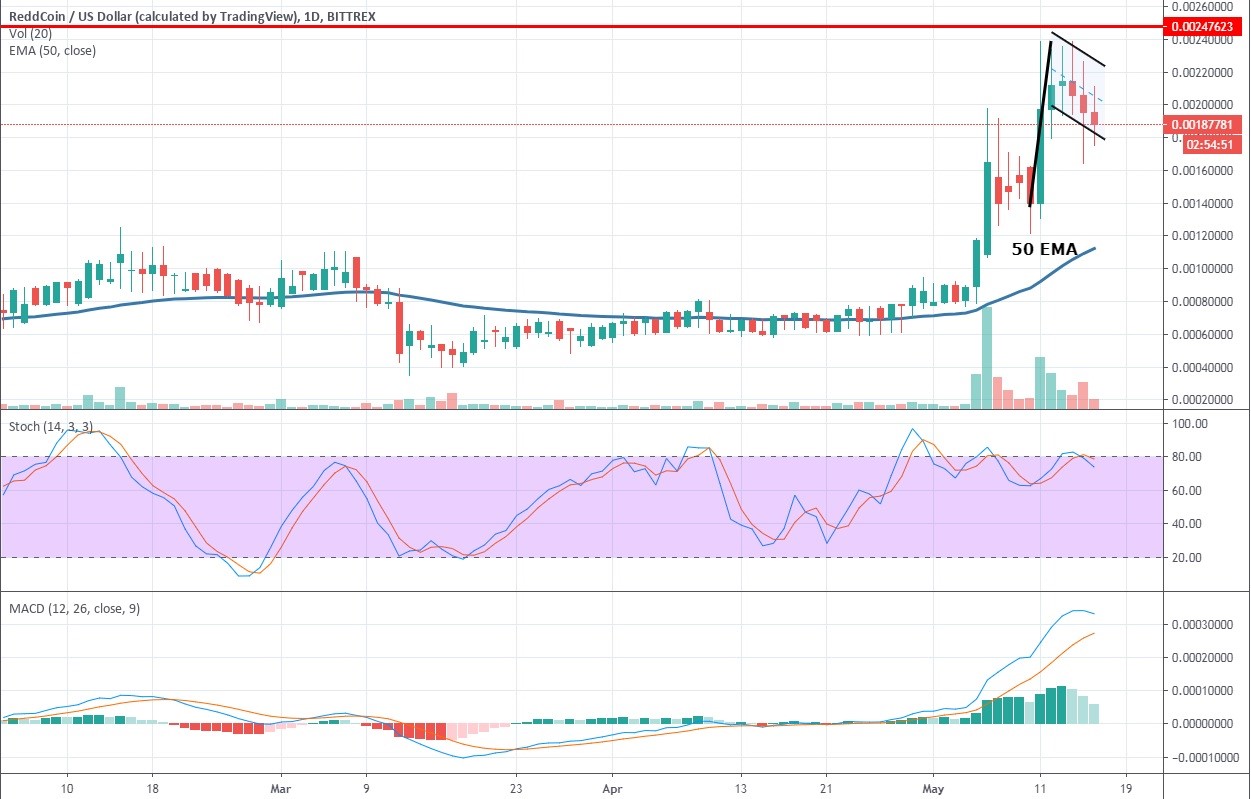 Such a swift move to the upside was caused, among other things, by the soft-fork consensus upgrade, which improved the system's PoSV algorithm to version 2. The positive effect from this important fundamental improvement will allow the coin to break the historical resistance at $0.0025, which it had already tested but was forced by the bears to go into a bullish flag formation. But most importantly, the RDD's bullish ambitions are substantiated by its disposition above moving averages (50 EMA on the chart), the fact that the 14-period RSI has barely entered the overbought region, and MACD being high in the bullish zone.

We conclude that ReddCoin has the highest probability of resolving the bullish flag to the upside and breaching the resistance. Otherwise, it will get trapped in the range for a protracted period of time.