Not all altcoins that are ranked below the top 50 have the price action chart that is reminiscent of a dead man’s cardiogram. Numeraire (NMR) is actually the one that displays very distinctive signs of revival after a correction that lasted for almost two years. Although the coin appears to have been lying in hiding for the entirety of the last year - it didn’t emerge on the radars of that many traders and analysts - it had been juicing up and making preparation for a big move that has immediately put NMR in the limelight.

Firstly, take a moment to appreciate the gains which this unpopularized cryptocurrency has been putting up for many months now, performing marvelously against USD and the two most important cryptocurrencies.

The astonishing feature regarding Numeraire is that its prime time just so happens to coincide with the biggest market crash of the last three years. The chart below shows how NMR went from rags to riches in the middle of March, right when nearly all cryptocurrencies, including Bitcoin and Ethereum, have been trying to regain their composure after the COVID-19 blow. Numeraire had been trying to lock horns with BTC during the month that preceded the collapse, but it was not until after it that NMR had really put the pedal to the metal, leaving both dominant coins to bite the dust. 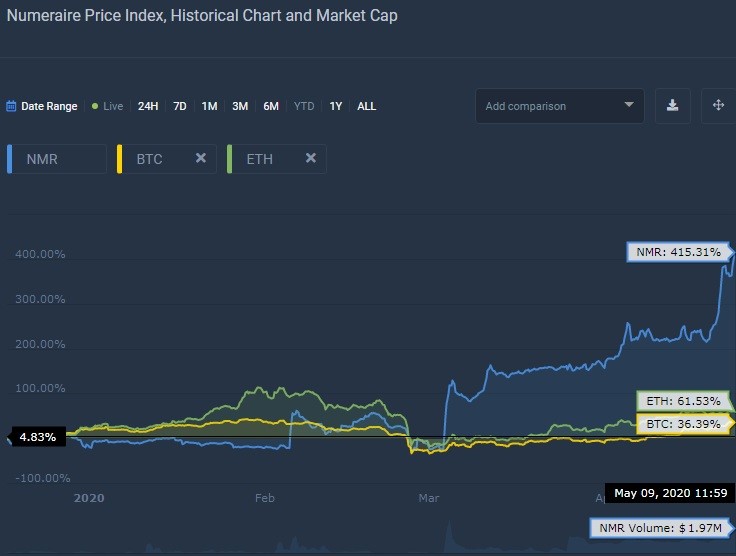 The same applies to the neighboring currencies, DigixDao (DGD) and KuCoin Shares (KCS) - after spending some time lurking in the shadows, Numeraire shot up like a cannonball and made 200% gains in just a month. 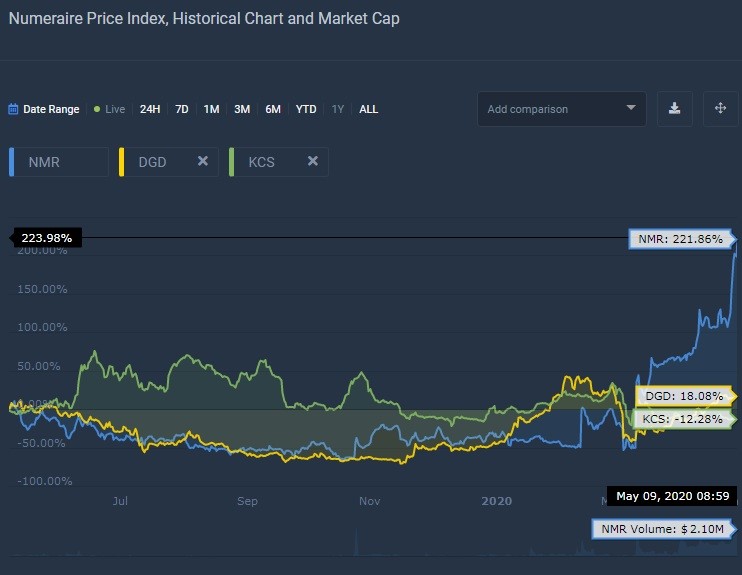 Obviously, these graphs provide sufficient enough reason to consider getting engaged in NMR trading, but the question that needs to be answered right now is whether it would be practical to enter a long position now or wait for a pullback and then get involved in this market. Or maybe this bull rally has already run out of steam?

Numeraire needs to cool off

After several weeks of ceaseless pumping, NMR has penetrated the long-standing secondary downtrend resistance quite decisively - it happened at the price level of $24 - after a three-week period of testing and failing. The present upside impulse is very powerful as Numeraire appears to be striving to close the week above the current $34.4, or even make an attempt at the first serious resistance at $37, which was the last major lower high from the past two years. 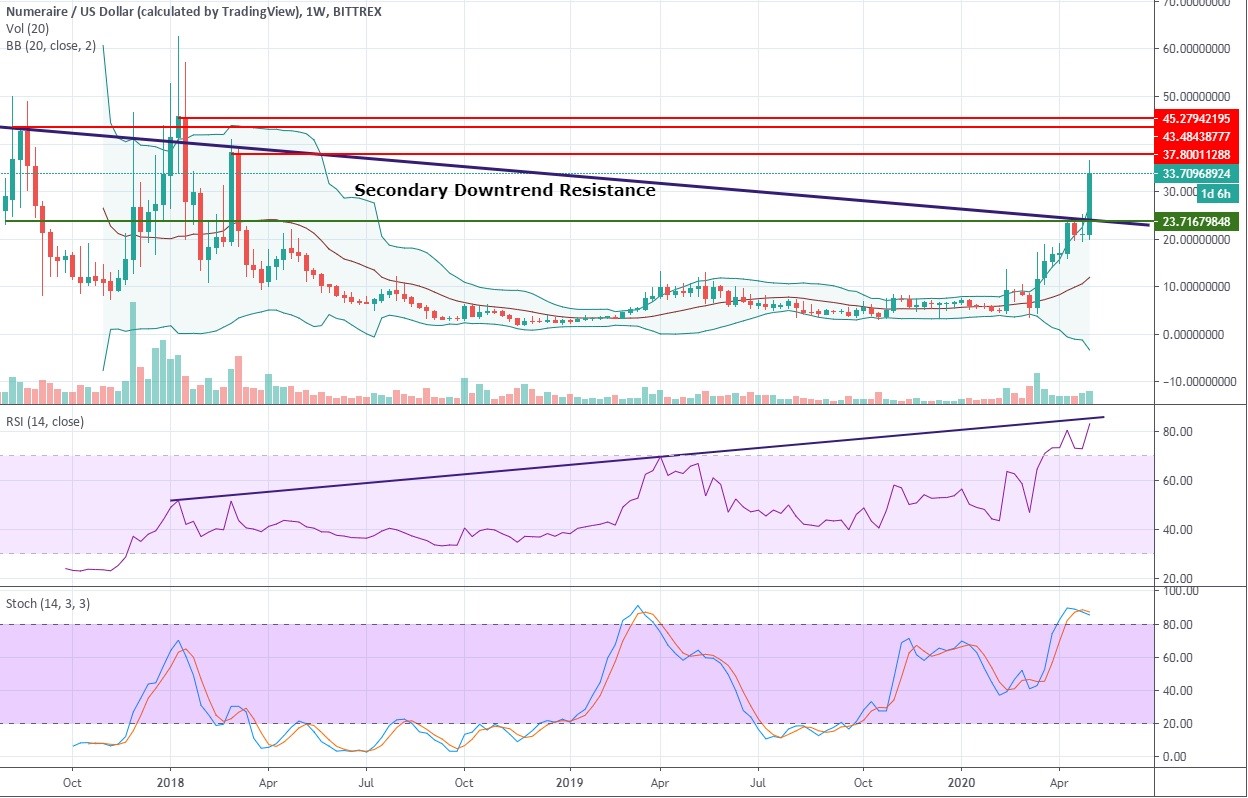 But even if Numeraire does make a little extra push to the upside, we reckon that it won’t be able to go past $37 due to the following reasons:

To summarize, there are three major resistance levels ahead of Numeraire: $37.8, $43.4, and $45.2, the first of which might be tested in the next couple of days. Since the oscillators, and other indicators, show that the market is overheated, we expect the retracement to as low as $23.7, to test the resistance, after which the uptrend will persist.