With Bitcoin (BTC) making the two-year high at $14,100 on October 31 - a nice Halloween present - and its market capitalization and dominance rising, we can officially declare the commencement of the decimation season for altcoins, especially the ones that find themselves on the wrong side of CoinMarketCap’s top 100.

Bitcoin puts Harmony out on a limb

LTO Network (LTO) has never been considered a successful altcoin as it had undergone the path of a classic bottom-feeder: a quick spike to $0.24 (all-time high) immediately after the exchange listing (Binance and Bilaxy account for the largest trading volume), followed by a swift rollback to the historical low at $0.019, established in December 2019.

Since then, we see nothing but an attempt to form a secondary uptrend that extended for more than a year. The market capitalization of LTO, however, has suffered a major blow in the autumn months, having crashed from $30,8 million all the way to $14,6 million. The average trading volume has also shrunk over the past ninety days from $4 million to $2 million, which points to a significant loss of demand for LTO Network.

During the past seven days, the price of ONE oscillated between $0.067 and $0.06 that translated to a 7.8% loss against USD and 14% in the Bitcoin (BTC) market. LTO still retains the positive stance with regard to gains on the yearly time frame: 118% in the green against USD and 45% in the BTC pair. 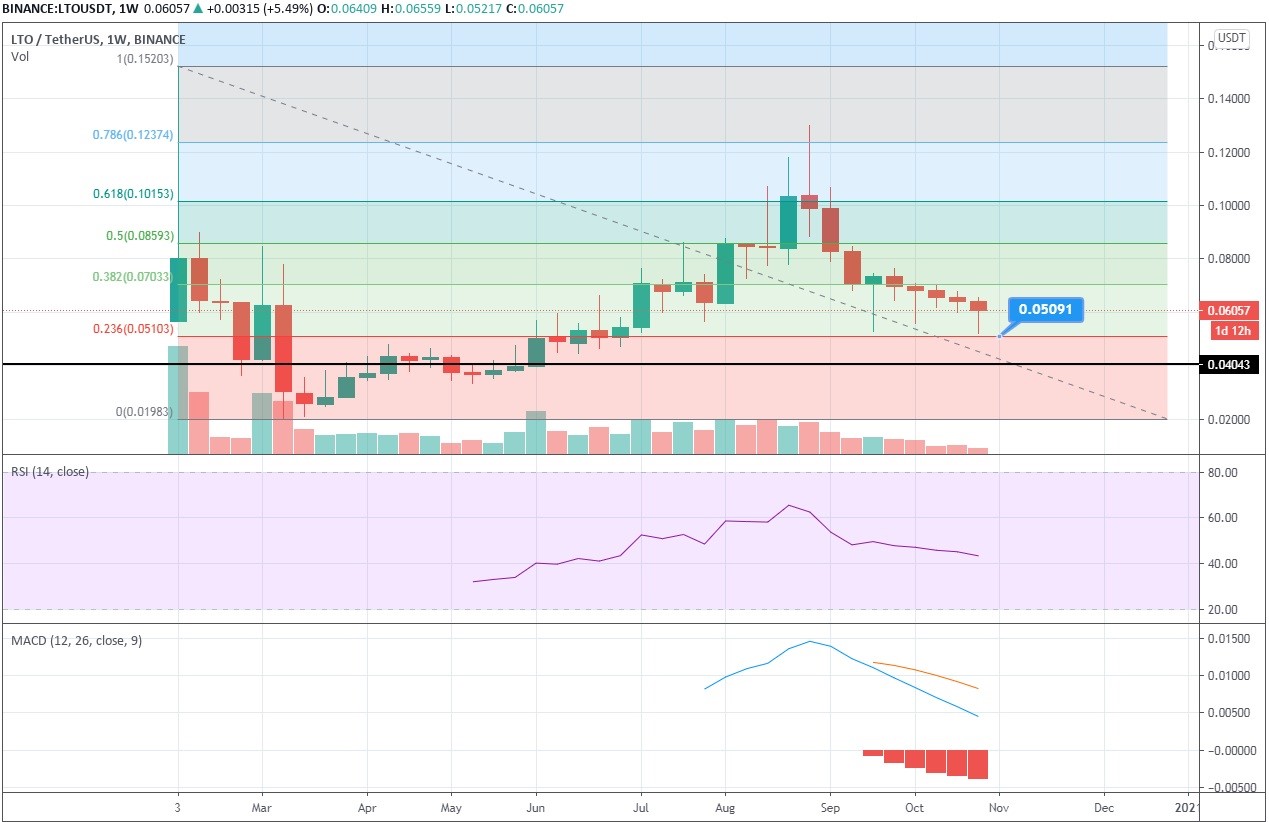 The latest misfortunes of LTO were caused mostly by the renaissance of Bitcoin that has historically sent altcoins into freefall. The wreckage of altcoin’s uptrend structure is worsening by the day as the price has failed to go for the next higher high, for obvious reasons, and now is close to doing the same with regard to the higher low.

The weekly chart reveals that LTO Network has rolled back to the resistance (now support) area that was enacted during the second phase of the last bull rally - it coincides perfectly with 23.6% on the Fibonacci retracement grid.

In other circumstances, we would consider this to be the long-standing area of support and consolidation, but given BTC’s current achievements, there’s virtually nothing that can stop LTO from falling beneath that level and subsequently diving either to $0.04 or even to this year’s low at $0.02, registered at the climax of the coronavirus crisis. Therefore, if you are still holding some of this coin, selling your position once the first window of opportunity opens up would be the prudent action. 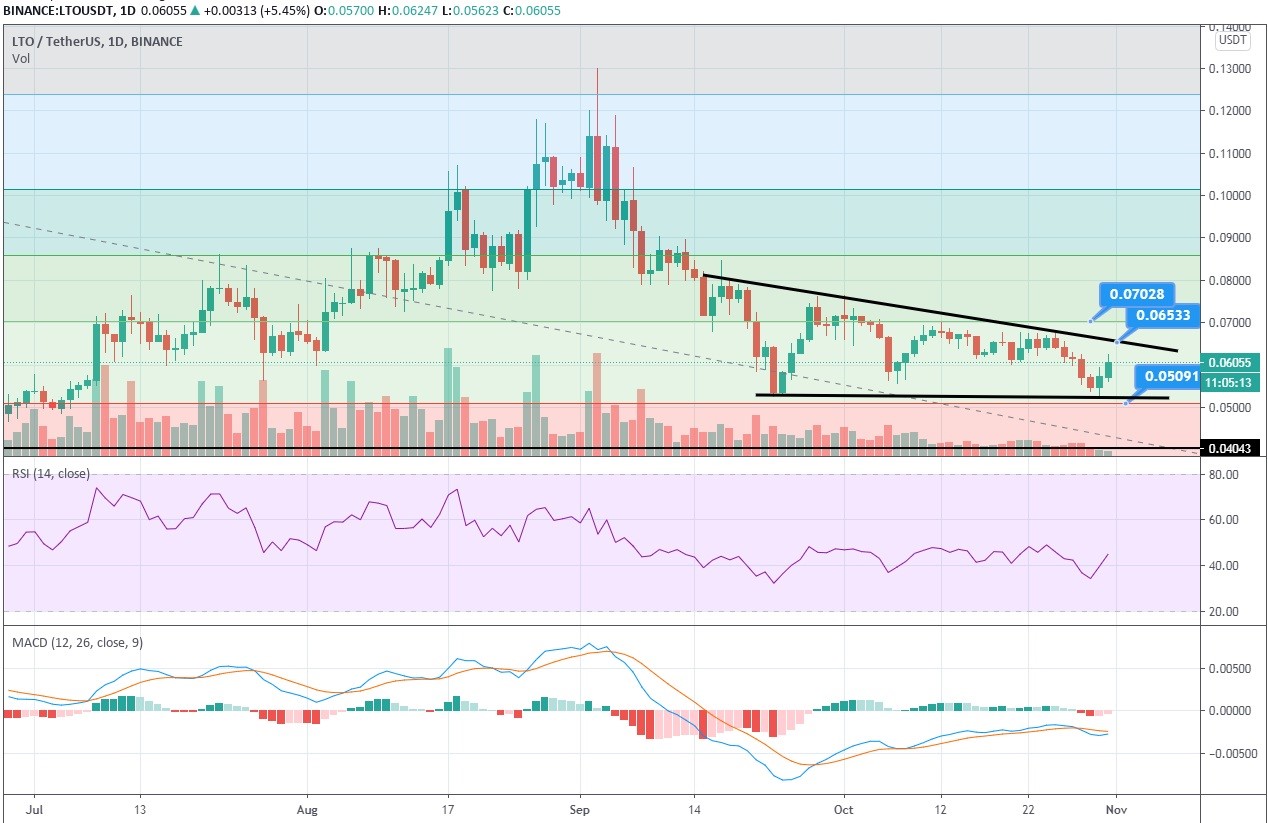 The daily time frame will help us determine when that window of opportunity is going to open. The price has already tested the support at $0.052 and is now going for a quick upswing that should run its course upon reaching the upper line of the descending triangle, the pattern that further confirms our bearish expectations. In which case, a good spot to sell will be at $0.065, but should the buyers apply additional pressure, LTO could travel to $0.07, the 38.2% Fibonacci retracement level.