The much-anticipated Bitcoin halving seems to have exerted a generally positive impact not only on the price of the first cryptocurrency, which had briefly tested the $10,000 area but on the price action of many altcoins. However, some of those altcoins, such as Aragon (ANT), were doing quite well by themselves.

Making nice gains on the sly

Every seasoned trader knows that digging deep into the cryptocurrency ranking could be extremely beneficial if one has enough research and analytical skills to find the coin that can be labeled as a diamond in the rough. Aragon is not the diamond per se, because it had already had its moment of glory back in 2018 when its price was taken by the hype wave to the all-time high at $7.63 and then immediately collapsed to the very bottom at $0.23. But in contrast to other mid-ranked cryptocurrencies, ANT didn’t hesitate to initiate a steadily developing minor uptrend that lasted for a year. 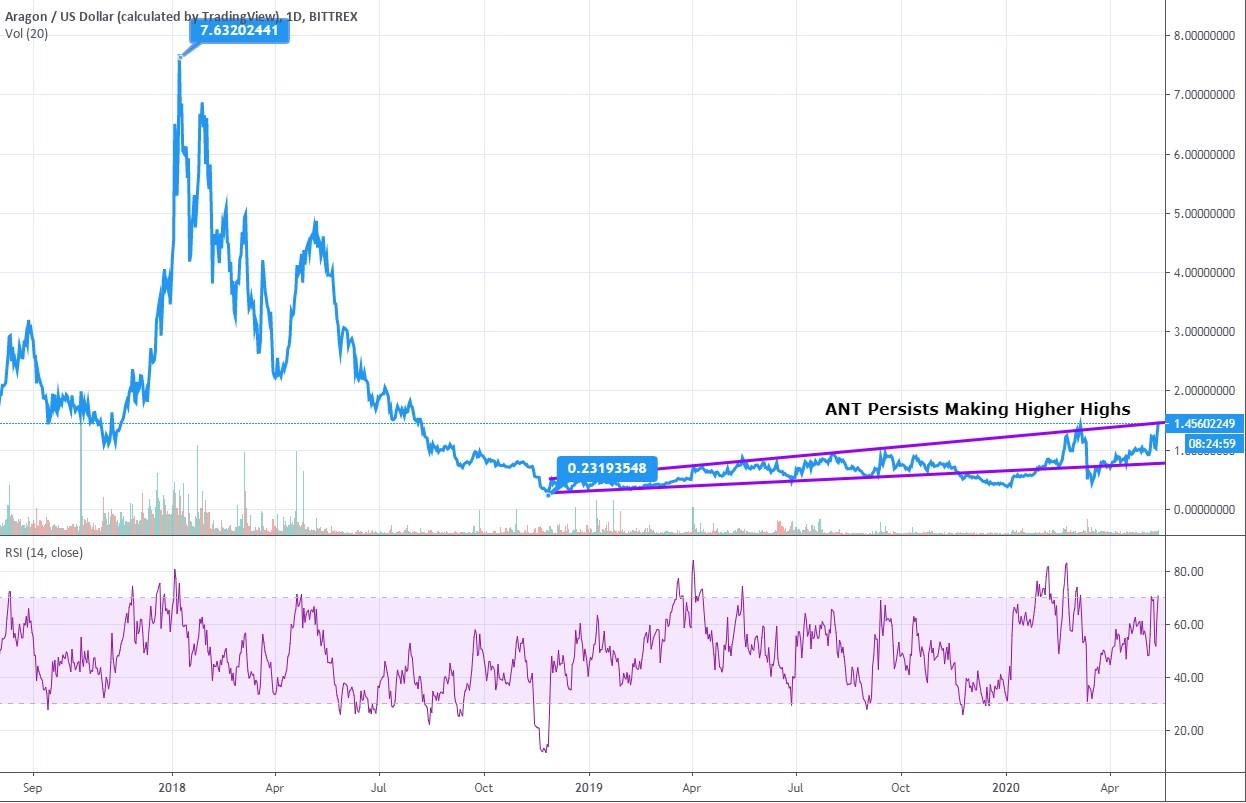 The chart above shows that the uptrend is still intact, although it did have a couple of hiccups right at the tail end of 2019 and after the latest market collapse caused by the coronavirus pandemic. But on the macro level, ANT kept recovering and making higher highs/higher lows, which signifies the fact that the minor uptrend that began in November 2018 is gradually turning into a secondary one.

Naturally, this price behavior resulted in respectable gains on all time scales and against all three major currencies: USD, Bitcoin, and Ethereum.

The fundamental value of ANT

Before proceeding to the price analysis, here is a quick summary of Aragon’s fundamentals. From a technical standpoint, ANT is an Ethereum-based platform that also affords means for creating decentralized applications, but its core offer involves decentralized autonomous organizations (DAO), around which the innovative online communities are going to be built.

The team behind Aragon claims that the platform has already become home for over 1,350 organizations that trusted the system by storing around $20 million worth of digital assets there. The holders of ANT are given the right to govern the network and acquire access to its services.

On the brink of making a new higher high

The daily chart below shows that Aragon dealt well with the latest crisis as it took little time to rise above both the 200 EMA and the 50 EMA that signified the complete reversion of price to the bullish condition. 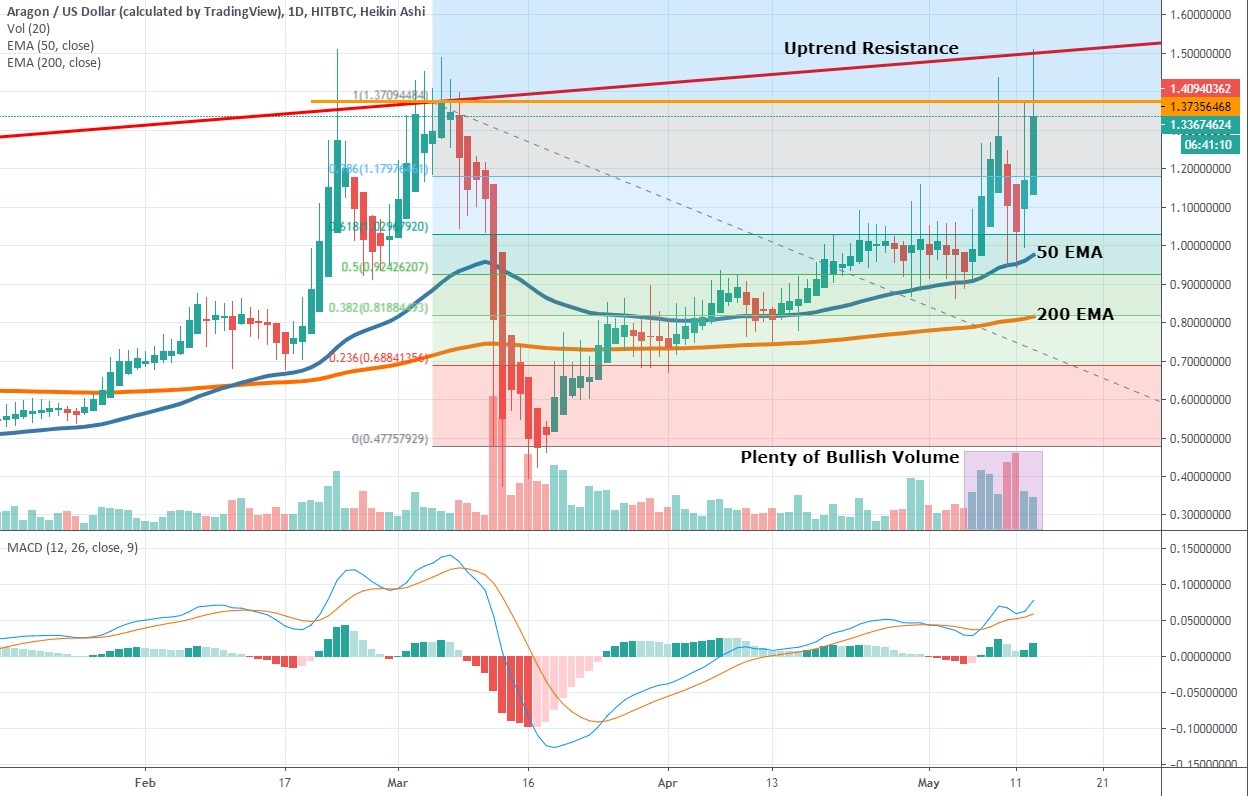 Right now, the 50 EMA acts as support, so consider its position carefully when placing a stop-loss. Aragon’s current objective is to break both horizontal and vertical resistance levels that stem from the last higher high at $1.37. The vertical resistance (colored orange) is a tricky one because it converges with level 1 of Fibonacci retracements, which makes it extra sturdy. ANT had already penetrated these levels twice but to no avail.

Nevertheless, there has been a lot of bullish volume in the past week, which means that the buyers have the initiative in this market. Moreover, MACD is aiming towards 0.1, with both of its lines moving apart that adds weight to the bullish notion. Traders must watch for ANT to break and retest the level at $1.37 to start entering a long position - the profit-taking target at this phase is at $1.6.